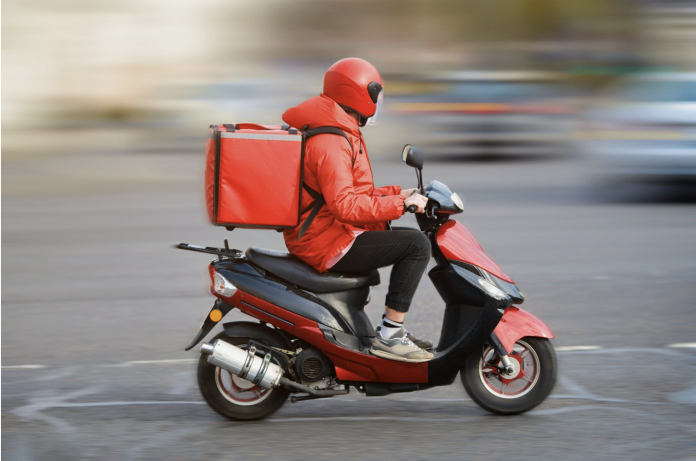 The ubiquitousness of food delivery motorbikes has become a new facet of daily life in Macau, be it mFood or Aomi drivers zig-zagging and crossing the city’s streets at high speed, parking wherever they can and running to deliver their food orders as quickly as possible.

Online food delivery businesses as we know them now have been pioneered in China and are now common worldwide, with a business model dependent on an army of drivers with wages depending on how fast and efficiently they can deliver their orders.

On April 28, a tragic accident in Rotunda do Istmo in Cotai claimed the life of one such driver after he collided with a tour bus and succumbed to his severe injuries.

Obviously, we don’t know the exact details of the accident or what caused it, but information on the background of the driver and his family interestingly tells a story of some of the economic changes witnessed in the SAR since the pandemic outbreak in 2020, especially in the gaming and hotel sector.

The driver in question was said to have become unemployed after his former employer, a local gambling junket, opted to cease operations, with the driver having started his position just two months before the accident.

The victim’s wife was also a casino worker, who had been notified by her employer that her position will be terminated as the company would be ceasing gambling operations next month.

The unemployment rate in Macau has reached levels not seen since the 2008 sub-prime international crisis, but even if the official general unemployment rate is currently at 3.5 per cent, it is common knowledge in the city of people agree with no paid leave schemes where they are only working as little as five days a month.

They are not unemployed on paper only and many have had to look for alternative part-time work to make sure they can make ends meet in their household expenses.

Many fresh graduates from local universities – who would normally occupy such part-time positions – are also struggling to find any way to enter the labour market and can barely scrape a free internship in the city.

The food delivery market is a welcome addition to the city, as it has elevated the level of convenience for residents and provides an alternative way for food and beverage businesses to reach clients, but authorities need to make sure driver’s labour rights are protected.

In China, last year authorities have launched a crackdown demanding firms including Meituan and Alibaba’s Ele.me ensure basic labour protections such as proper compensation, and insurance, as well as tackling algorithms that effectively encourage dangerous driving.

The sector depends greatly on freelance drivers on “flexible” employment arrangements which regularly means flexible pay and labour rights, and a system where drivers can see their payment docked as a penalty for late deliveries.

The development and growth of the local digital economy is an important element in diversifying its economy and labour offers, but it is crucial to assure that growth is sustainable and properly regulated.

Nobody needs to risk their lives to make sure someone gets their char siu fan a bit 10 minutes faster.