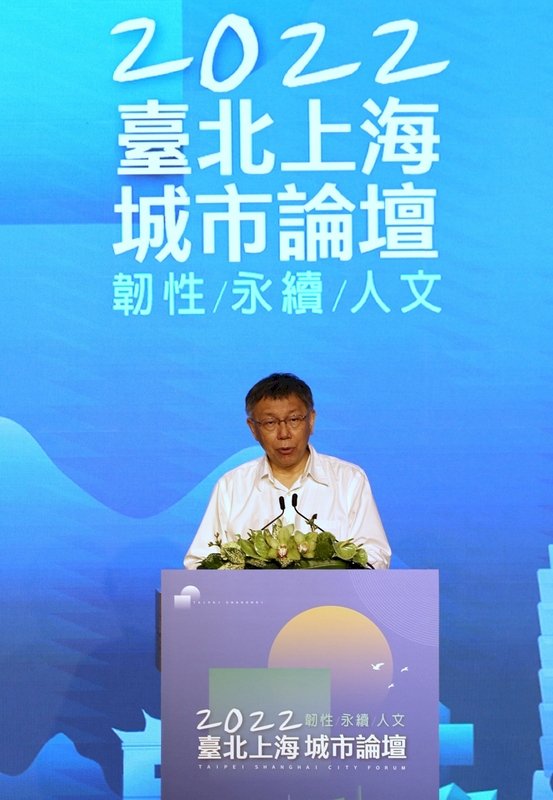 In the past week, two mainland-Taiwan forums, including the Shanghai-Taipei Forum and the Cross-Strait Youth Convention, were held through the online video with significant political implications for the relations between the People’s Republic of China (PRC) and Taiwan.

The Shanghai-Taipei Forum was held on July 19 for the thirteenth time after the first forum was first organized in April 2010. It is an annual exchange between the leaders of Shanghai and Taipei cities on a whole range issues affecting the economy, society, trade, transport, elderly affairs, sports, smart city development, sustainability and innovation technology. In December 2021, both cities signed their memorandum of cooperation on animal protection, the exchange of cultural and musical talents, and the development of information technology. This year, the Forum used “perseverance, sustainability and people-culture” as the main themes and both cities signed a cooperative memorandum of understanding on circulation economy, smart cities and human exchange through chess games. The deputy mayors of both Shanghai and Taipei, Wu Qing and Pong Cheng-sheng respectively, exchanged their views on how to control carbon emissions. Climate change issues became a common concern in which both sides felt comfortable and productive to exchange their experiences.

Shanghai mayor Gong Zheng and Taipei mayor Ko Wen-je delivered their opening speeches. Gong said both sides would persist in the idea of “two straits as a family,” creating favorable conditions for the Taiwan entrepreneurs to invest in Shanghai and start up their business there. Shanghai would provide convenience to the Taiwan people to learn from Shanghai, work, and reside there. Gong added that the Forum was important as it gave confidence to the Taiwan investors in doing business in Shanghai.

Ko Wen-jie remarked that the Forum represented the persistence of two cities in enhancing cultural and trade interactions. Both sides should strive for a win-win situation, according to Ko, thereby seeking to achieve peace and welfare for people on the two straits.

Interestingly, some of Ko’s remarks were not reported in the mainland media and the pro-Beijing Hong Kong press. Ko Wen-jie said that in the recent years, tensions and confrontations across the two Straits had worsened, such as Taiwan’s attempt at joining the World Health Organization’s Assembly, the frequent appearance of mainland military planes in the airspace northwest of Taiwan, and the difficulties of Taiwan’s fruit products to go into the mainland market. All these incidents, Ko said, “hurt the feelings of people across the two straits.” The Taiwan media observed that Ko’s position this year is stronger than his stance last year, partly because the persistence of Omicron hindered his visit to the mainland, and partly because many issues needed to be discussed more openly than ever before.

Most importantly, Ko Wen-jie did not use the term “two straits as a family” – a gesture showing the increasingly strained relationships between the mainland and Taiwan sides. He advocated five principles for both sides to improve their relationships: mutual recognition, mutual understanding, mutual respect, mutual cooperation and mutual forgiveness.” The Forum lasted for only one and half hour – the shortest forum in its history according to the Taiwan media.

The Forum was held at a time when Ko Wen-jie would soon step down as the Taipei mayor. At present, three candidates from different parties are preparing to compete in the Taipei mayoral elections by the end of this year, including Chiang Wan-an from the Kuomintang (KMT), Chen Shih-chung from the Democratic Progressive Party (DPP), and Huang Shan-shan from the People First Party (PFP). When asked by reporters on their stance on the Shanghai-Taipei Forum, Chiang said that it should continue based on mutual respect and good will. Chen of the DPP said that the Forum should not be held under “the current circumstances,” and that it would be held if circumstances change. Huang believed that because the Forum provides a channel for dialogue from both sides, it should be held.

Clearly, Chen adopted an ambiguous attitude, while Chiang and Huang answered in a far more affirmative and positive manner. It remains to be seen whether a DPP mayor, if Chen wins as his popularity seems to have a slight edge over Chiang according to recent opinion polls, would affect the continuation of the Shanghai-Taipei Forum.

On July 21, two days after the Shanghai-Taipei Forum, the Cross-Strait Youth Convention was held online. Both sides had 240 youth representatives to participate in the convention, where the PRC State Council’s Taiwan Affairs Office director, Liu Jieyi, delivered an opening speech. Liu said that the convention represented a concrete action to respond to the appeals made by President Xi Jinping, who said that youths on the mainland and Taiwan should have common wishes and that they should have responsibilities in the new era. Liu hoped that the youths from both sides should aim at achieving the Chinese renaissance, completing the task of national reunification as an important task and accomplishing the Chinese dream together.

Beijing’s deputy mayor Chen Jining said that Beijing has rich historical and cultural heritage, and that the city is going to fully implement President Xi’s idea of “two straits as a family.” This meant that Beijing would implement the measures favorable to the Taiwan people in investing and residing there.

Both Chen Jining and Gong Zheng used the term “two straits as a family” in their speeches, showing that mainland officials have been gearing up the need to interact with the Taiwan side and adopting a positive attitude toward mainland-Taiwan relations months before the October Party Congress, where the mainland’s Taiwan policy would likely be advanced further.

The Shanghai-Taipei Forum and the Cross-Strait Youth Convention were held with tremendous political significance.

First, after the “one country, two systems” in Hong Kong has just entered the stage of turning “governance to emergence,” as President Xi said in Hong Kong on July 1, the PRC authorities have targeted Taiwan in their policy of engagement with intensive human interactions.

Second, the Shanghai-Taipei Forum remains a crucial point of human interactions at a time when Omicron persists. It is an important channel of dialogue from both sides. Even though the atmosphere of the Forum this year has been diluted mainly because of the persistence of Omicron and partly because of Ko Wen-jie’s frankness of criticizing the mainland’s policy toward Taiwan, the Forum provides a platform for the Taiwan side to air their grievances and for the mainland side to listen more carefully to the concerns from the Taiwan people.

Third, if the Forum and the Convention represent sincere efforts from the mainland side to cement its relations with the Taiwan side, more work will have to be done. Ko Wen-jie’s critical remarks, albeit unreported in the mainland, must be pondered by the mainland authorities. Although KMT’s deputy president Sean Lien Sheng-wen gave a speech at the Convention to express his hope that youths from both sides would create a win-win situation, concrete actions would have to be taken after Omicron fades away hopefully in 2023. In other words, if the mainland’s united front work focuses on the Taiwan youth, more work remains to be done to win their hearts and minds.

Fourth, although the foreign media, especially the US media, have portrayed mainland-Taiwan relations as so tense that military confrontations would be “imminent,” the reality is that the mainland side has been adopting a positive approach to interacting with the Taiwan side in a far more prominent and assertive way.

In conclusion, the holding of the Shanghai-Taipei Forum and the Cross-Strait Youth Convention represented positive steps taken from the mainland side to reach out to the Taipei and Taiwan counterpart. The forum and convention were politically significant, meaning that the mainland has started its reengagement policy toward Taiwan, that they provided a platform for the Taiwan side to air their views, that the mainland’s united front work on the Taiwan people especially the youth has resumed, and that the foreign media have not only exaggerated the imminent “military invasion” by the mainland on Taiwan but also remained negative on the PRC without knowing objectively that every cloud has a silver lining. If the mainland’s message of creating a Chinese renaissance can get across the Taiwan society in a broader and much deeper way, the future relations between the mainland and Taiwan are not so bleak as pessimists assume.