Continuing with matters the government might consider when reviewing the laws and regulations (“legislation”) which comprise Macau’s gaming regulatory regime.

The Civil law system which Macau has inherited from Portugal is characterized by legislation that is generally very concise, rather than precise. This can leave substantial scope for interpretation of the legislative intent behind provisions which may amount to little more than guidelines.

For example, Law 5/2004, which deals with the granting of credit for gaming purposes, contains an Article, 9,1,  which requires credit grantors to “carry out their functions in a prudent and sensible manner, with integrity and respect for the laws, regulations and rules of professional conduct”.  Article 12 dedicates supervision of the granting of such credit to the gaming regulator, DICJ. What do words such as “prudent”, “sensible” and “integrity” actually mean in this context? Without additional explanation and definition they could mean almost anything, which creates a real problem for effective regulation.

Mandatory, industry-wide Codes of Conduct promote certainty because they provide the detail which may be absent from legislation. For example, a “prudent” approach may require a credit worthiness check to be undertaken prior to extending credit. Developing Codes can, and should be done in consultation with key stakeholders, being concessionaires, junket promoters, government and the gaming public. The more precise the Codes are, the less room there is for ambiguity and outright uncertainty.

There are 3 Codes of Conduct that consideration ought to be given to. The first is advertising and marketing of gaming. This might codify matters such as the permissible timing and content of advertisements, depending on the media used eg. SMS, Television, internet, outdoor displays, radio etc), in-casino advertising and promotions, information concerning the odds of winning advertised jackpots or draws, and the use of certain sounds, such as coins hitting the tray of a gaming machine. The intent behind such a Code should be to ensure that gaming is advertised and marketed in a socially responsible manner, which includes protecting minors and the vulnerable, such as problem gamblers, from targeted messaging. It is not suggested that the provisions required in such a Code should necessarily be as all-encompassing or rigorous as, for example, in many Australian jurisdictions, but that is the point of stakeholder consultation in forming a Code…what are stakeholder expectations?

The second area where a Code of Conduct would be useful is in relation to responsible gambling. This could include restrictions on access to gaming areas or equipment by people apparently under the influence of alcohol or drugs, restricted offering of inducements to gamble, such as free play, removing patrons who play more than one gaming machine at a time, and the provision of player information displays periodically on gaming machines.

Finally, there is a case for a Code dealing with the granting of credit to casino patrons. What checks should be undertaken before credit may be extended? Should credit be limited by the ascertained capacity of a borrower to repay the debt? Under what circumstances should credit extensions not be granted? Should unethical or unlawful credit collection be added to the list of matters to be taken into account in Article 7 of Law 5/2004 for purposes of assessing the continuous suitability of junket promoters and concessionaires?

It would be appropriate for all Codes to be administered and enforced by DICJ.  Material breaches of any of the Codes should be treated similarly to material breaches of the concession contracts; minor breaches could be the subject of other corrective or disciplinary action.

The proponents of online social gaming often argue that it should not be regulated since it involves simulated gambling only; no money is paid out on wins or accumulated credit balances. There is little in the way of independent, evidence-based research to establish a correlation between social gaming and the prevalence or proliferation of problem gambling. That said, the question to be asked is whether enabling access by minors or vulnerable persons, in particular,  to online games that replicate casino games of chance, whether table or machine-based, is in the public interest in Macau?

Typically, social casino games allow players to purchase, for real money, virtual coins and chips which are then used to participate in the games. Unlike gaming machines located inside Macau’s casinos, the replica slot games played socially offer automatic play, with virtually unlimited stakes, and no indication that game results are determined by random number generators that have been assessed for randomness and game fairness. While purchases are required to be made using a credit card, it is only the initial purchase that really requires it; card details are often retained on the platform and can be used by anyone with access to the game.

In September 2018, 16 jurisdictions, including Portugal, expressed concern regarding the risks posed by the convergence of gaming and other forms of digital entertainment with gambling. Those jurisdictions committed to work together to assess the risk posed by social gaming, among others. Malta, also one of the 16, currently exempts online social games from its licensing requirements for gaming suppliers, but its licensing regime specifically reserves power for the Malta Gaming Authority to enforce licensing for suppliers of exempt games should it decide to do so. Macau could learn from Malta’s experience.

More than 18 years have passed since Macau liberalized its casino industry. It is timely to look at contemporary regulatory models in mature jurisdictions, with a view to identifying both existing and emerging risks which deserve regulatory focus. The Minimum Internal Control Requirements issued by DICJ in 2005 have served their purpose, but technology has moved on. Cashless gaming is likely to be far more prominent in a future shaped by COVID-19. Perhaps now is the time to move away from prescriptive internal control and to instead have concessionaires submit their own risk assessments and relevant controls, around certain theme areas set either by law or by DICJ. It should not be unfamiliar territory; Macau’s AML laws are essentially a risk-based regime.

Getting the house in order for the concession re-tender: Part 1 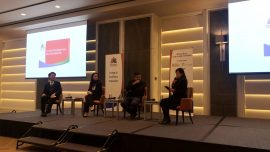 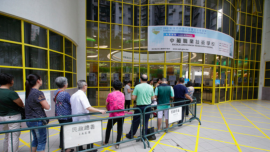