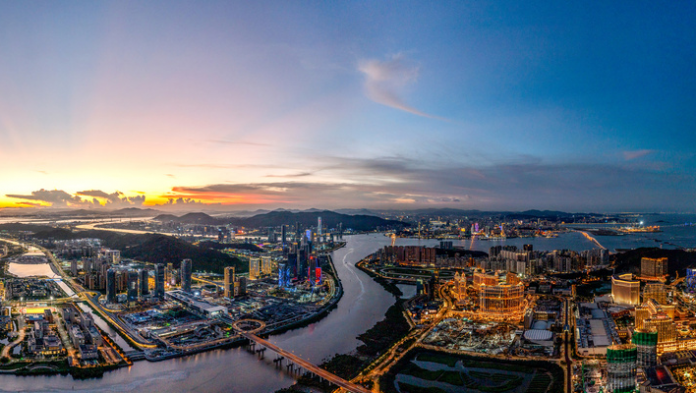 Hengqin Island (or, in its Portuguese rendering, Ilha da Montanha) has long been a focus of interest in the debates about the future of the Macau economy. For decades, two main issues hovered above any reflection on the future of this enclave economy.

One was the overreliance on gambling; the other was the lack of physical space to sustain meaningful urban and economic growth.

Indeed, the diversification obstacles go beyond the local geography alone, but the latter raises obvious difficulties. It was seen for a long time as an essential drawback that needed to be tackled. Part of the answer was reclamation, and the results are there for us to see.

But in the nineties, there was speculation that the mainland might cede Hengqin island to Macau after the handover, allowing the city a significant increase in its area of jurisdiction. That never materialized.

Then, more than ten years ago, news came of plans to develop the western section of Zhuhai, including Hengqin. Such plans were meant, among other things, to accommodate residents from Macau and support, in some way, the expansion of Macau’s population and economy. However, the account of its protracted and successively delayed implementation is yet to be made.

Nowadays, the involvement of Macau in Hengqin occupies the center of the political discourse and priorities, something the current economic crisis seems only to have accentuated.

Hengqin looks like the central hope and thrust for Macau’s economic diversification and the liberation from its gambling addiction (forgive the pun). What that can mean in practice, as the island is not actually under the administration of Macau, is still in the works.

That was possibly never justified, not an adequate framing of the issue. Under the current circumstances, it may become even less so.

The Hengqin reframes the diversification debate and the role of casinos in the local economy. However, if the aim is the fast integration of the regional economy, the over-specialization of Macau need not be an issue. On the contrary, the commitment to Hengqin development, if it is to be sustained and long-term, may link the issues in novel ways and even reinforce their complementarity.