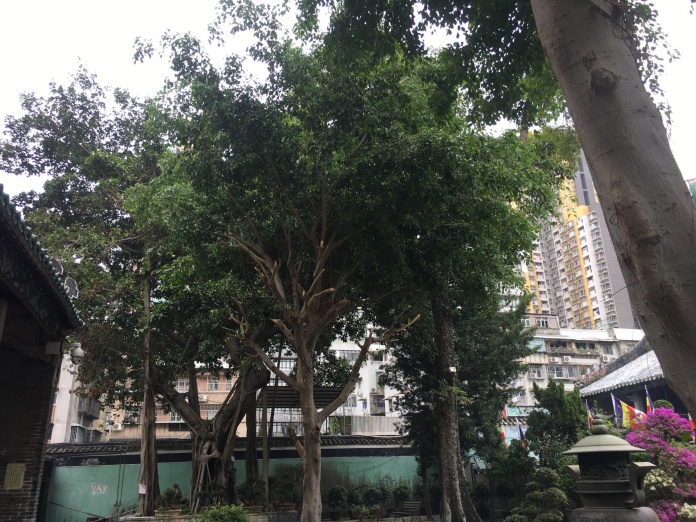 The oldest tree in Macau is said to be a 500-year old ancient tree living in Kun Iam Temple. If she could talk she could probably tell some interesting stories and she would probably have had a say in the previous Macao Urban Development Master Plan public consultation.

The final report on results of the Macao Urban Development Master Plan public consultation have been revealed this week and opinions from residents are adamant, they want the last remaining green areas of Macau to be preserved.

Most opinions expressed concerning the draft of the blueprint for the city’s future development concerned either residential or ecological green areas. Residents want more leisure areas and they want Coloane green areas to be preserved.

One of the contentious projects mentioned in the plan drafted included a future residential development in Coloane Peak, in a 56,592 square meters land plot reclaimed by authorities from previous high rise development and currently used as a temporary garden public area near One Oasis.

The plan proposed the residential project would consist of low-rise buildings with little impact on the surrounding areas, which could complement the future public housing expansion in Seac Pai Van.

Considering the way the Seac Pai Van expansion public has completely changed the peak area where it is located, it seemed residents had their doubts over the “low impact” that this future project would have in the area.

It seems that public opposition to the project might have worked since the report already indicated authorities will re-evaluate the project and consider other areas for it, with Chief Executive Ho Iat Seng saying yesterday that the Government accepted opinions gathered from the public consultation and the Coloane Peak would remain as green space, with no residential building allowed.

Residents are fed up with the relentless urban development witnessed in the city for the last 20 years and considering the large scale reclamation plans already completed and ongoing, it is hard to see the need for simply carving green areas for more buildings.

What the city needs more are projects such a the Macau Peninsula leisure riverside belt, which saw the partial opening of its first phase this week to a great reception from a population starving for open areas.

In order to increase the green quality of the city, the Municipal Affairs Bureau has also indicated it intends to plant around 5,000 trees in the green belts and pavements of the main roads in all districts across Macau in 2020 and 2021.

In the selection of tree species, priority is given to tree species grown in southern China where the climate is similar to that of Macau said to be wind and drought resistant, namely, Queen Crape Myrtle, Madagascar Almond, Lance-leaved Sterculia, Spider Tree, Autumn Maple, Hainan Ormosia and Golden Penda.

Hopefully, all of them will also be able to reach the ripe old age of 500.