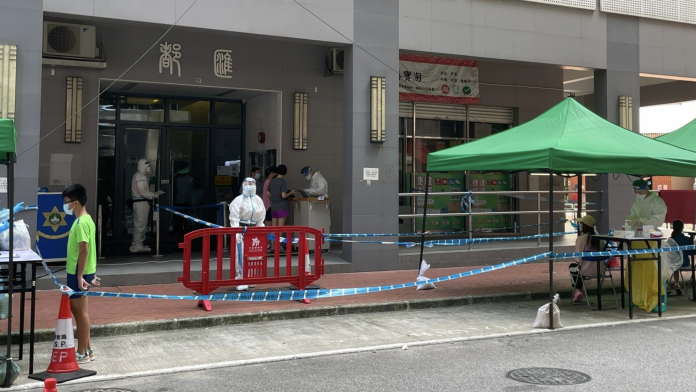 There have been many people criticising the Government for the strict pandemic control measures implemented, but there is only so much the local Government can do and, in the end, it is better temporary pain than a long-lasting one – I am referring to the economy.

While we talk and laud diversification efforts, the reality is we have not yet been able to bring it about to a level that would allow us to sustain our economy to the levels that we have been used to without the gaming component.

And given the reliance on China patrons, Macau simply cannot afford to have travel cut off from the mainland at the moment, especially when even international travel has not yet resumed to its pre-pandemic levels, and we could have the hope of at least luring the next biggest customers before Covid-19, meaning East Asia.

We have to be realistic, even though has been taking measures that go in-line with the city being a platform for Portuguese speaking countries, such as allowing entry to Portuguese citizens, that isn’t either what will give Macau the needed short term respite.

As such, mass testing and targeted isolation when outbreaks occur remain the best-proven solution and the Government has been carrying it out in a rather effective way (which we must acknowledge in comparison to the unfortunate situations in Shanghai and Hong Kong).

With this, I am not passing any approving judgement on the zero-Covid policy – I have said it before, while I likewise understand the objective in terms of protecting lives (which could be at risk where the healthcare system is overwhelmed), it has been profoundly damaging to the economy and to the perception of the country.

As previously stated, the issue is not so much the local transmissions, but rather that the healthcare system is not able to respond to all the cases of severe symptoms. In that regard, vaccination has proven to be the most effective way to curb adverse reactions to the virus – while the new antiviral pills likewise work, they are a reactionary measure, rather than a preventive one.

There is a significantly high vaccination level, but yet some of the recent positive cases were unvaccinated people, and they were among those with highest risk, meaning seniors. If Macau has no qualms in submitting people to the dread of quarantine, by the same standard, making life difficult for unvaccinated people is acceptable in the fight against the pandemic.

I must say, the Government has been undertaking significant efforts in this regard, including subjecting people to mandatory testing to join events and sports competitions and even to go to work. Yet, for instance, it is shocking to see local citizens allowed to travel to mainland China without vaccination. Having said so, that would hardly preclude the local transmissions, which is not acceptable under the policy in mainland China, with which we are aligned.

Another front that the Government could work on is to alleviate the toll of Covid-19 prevention measures on people. Fortunately, I think the Government has avoided touting any sort of shame on people that got Covid-19, but yet people on social media, even since the pandemic started, go extremely hard on them. People diagnosed as positive have done nothing wrong other than wanting to live their lives after more than two years in this situation.

For instance, and so what if people attended a wedding with 400 people – not only were they allowed, they are helping the economy and people maintaining some mental sanity in all this.

In that regard, publishing the itinerary of people with unnecessary details is unwarranted – I have said the same about police arrests that disclose some details about the respective individual that in a small town like Macau allow such a person to be easily picked out.

Would it not suffice to say that an individual deemed a positive for Covid-19 went to certain places and at a specific time. Yet, part of the name is referred to, age, gender and nationality.

Why do we even bring the nationality of the same into place – it recently put Myanmar people in the uncalled-for spotlight. In one instance, the itinerary referred to the individual going up to the house with his girlfriend – how does that help with anything other than disclosing the most intimate details of a person’s life.

We have standards in Macau and respect for people’s privacy is one of them and, save for a different opinion, such an intrusion does not seem justifiable here.

Also, some people dread the idea of being isolated. I personally would prefer to get out of Macau for a time and wait until the restrictive measures are lifted. Accordingly, for people under any sort of isolation that test negative, the same should be allowed to leave Macau – I am sure the Government would even appreciate having less one person to deal with. And if they come back, under the current rules, they would need to pay for their own quarantine and testing, so not much to lose.

As I said, one must make do with the tools one is given, and our Government has been doing what it can – if there is one thing the Government can be lauded for is preparedness as evidenced in the early stages of the pandemic.

Likewise, the Government has been, from an economic point of view, maximising the use of local resources to make up for the lack of business, while also implementing consistent economic relief measures. Yet, there is always room for improvement and hopefully these suggestions could be helpful from a perspective of a citizen.