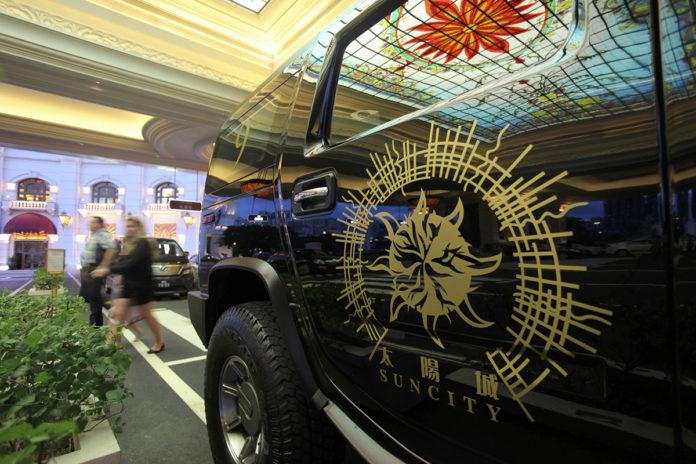 In the last weeks, the asteroid that has befallen junket giant Suncity has generated a series of reactions by the usual astronomers that study the matter that can be categorized into either describing it with a sombre “chronicle of a death foretold” response, to a “that escalated quickly!” reaction.

The signs were on the wall for years that business would never go on as usual for the VIP promoter side of the local gaming ecosystem, with most doubts centred on either attracting mainland gamblers to Macau would also be covered by an increasingly stricter set of mainland policies.

From the beginning of 2020 to this year there have been at least three special meetings administered by the Minister of Public Security for discussing cracking down on cross-border gambling.

Just last year, the director-general of China’s Ministry of Public Security International Cooperation Department, Liao Jinrong, has stated that about RMB1 trillion (US$145.5 billion) in funds flows out of China into gambling activities every year, posing a threat to the country’s economy and national security.

The Chinese central bank and top monetary authority, People’s Bank of China, has also issued a statement stating that combating cross-border gambling-related financial chains would be a ‘major political mission’ assigned by China’s Central Government. At the same time, the country’s Ministry of Culture and Tourism also announced in August that it would establish a “blacklist” of cross-border gambling tourism destinations.

This undisclosed “blacklist” of overseas destinations that attract Chinese tourists for gambling activities is believed to include countries such as the Philippines, Cambodia, Vietnam, Australia; however, its vague definition of “out of borders” operations allowed for considering Macau and Hong Kong.

Then on March 1 of this year, a new amendment to China’s criminal law added a new crime in Article 303 targeting gaming activities both within and outside of China, creating a new crime against foreign casinos found to be organizing or soliciting Chinese citizens to gamble, increasing prison penalties to between five and 10 years for infractors.

It has become ‘blue-sky’ clear central authorities intend to close the ‘blackhole’ cross border gambling had become for the country’s economy, with doubts remaining over how it would deal with the same junket operators with licensed activities in different jurisdictions and promoting gambling via online platforms.

Having one VIP promoter legally licensed in Macau but also in jurisdictions such as the Philippines would always be an uncomfortable position for mainland authorities if they can just freely promote their services in the mainland remotely.

The recent arrest of Suncity CEO, Alvin Chau Cheok Wa in Macau shows junkets in the SAR are also certainly not safe under the new rules of the game.

A practice extensively developed by the Stanley Ho gaming empire and rushedly legalized after the SAR was created, junket operations always allowed for a series of practices on the border of what the law would allow, but seemingly tolerated – by Portuguese, local and mainland authorities alike – during the boom years of the local gaming industry.

The relationship between junkets and gaming companies was always a marriage of convenience, with its darker side appeased by a neverending influx of money.

The colourful face of Suncity, Mr Chau was for many years – like the group he founded in 2007 – an almost omnipresent figure in every sector of the city, with the group’s money funding everything from the Macau Grand Prix, the International Film Festival, to media platforms, film productions and multiple restaurants in the city.
Many newspaper headlines were produced over the endeavours of Mr. Chau’s personal and business life for many years.

However, the most famous frontman of the VIP junket sector constantly clashed with the new course direction towards a ‘family-oriented entertainment city’.

The swift fashion in which local police authorities acted after news spread that authorities in the eastern Chinese city of Wenzhou in Zhejiang province had issued an arrest warrant for Chau, alleging he had formed a junket agent network in the mainland to help citizens engage in offshore and cross-border gambling activities was quite stunning.

In less than a day, Chau was detained and paraded into the camera with the usual black hood before, as is customary in Macau, before the Public Prosecutions Office even announced any charge.

However, not just Suncity but also several known names of the sector such as Tak Chun, Guangdong Club, and Meg-Star have seemingly been mentioned in multiple investigations since 2020 by public prosecutors in a variety of provinces across mainland China, gaming news platform GGRAsia recently reported.

As the saying goes, ‘the tallest blade of grass is the first to be cut’, and it would be of interest of authorities to reign in the sector right before it advances with its rejig of the local gaming sector next year.

Not so long ago Suncity, seen as the largest VIP promoter in Asia, held at least 45 per cent of the junket business, a share believed to have dropped to 20 per cent in recent years as the whole sector suffered from a combo of pandemic restrictions and increased regulatory oversight on capital flows out of China.

With all its VIP rooms closed and its license ending on December 31, it is hard to expect it will ever come back. The rules of the game have changed, but only some people up north hold the rulebook.

Maybe future history books will describe this moment as the end of the golden era of the junkets, the exclamation point of an era that included, of course, a degree of excess, extralegal activities but also large quantities of money to the public coffers.

After all, the VIP sector once represented 80 per cent of the local gaming revenue, so there’s likely more chance that the bridge you drive on every day was built by money from mainland high-rollers attracted to the city by a VIP promoter than maybe the firecracker industry taxes. 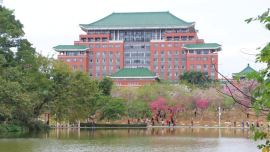