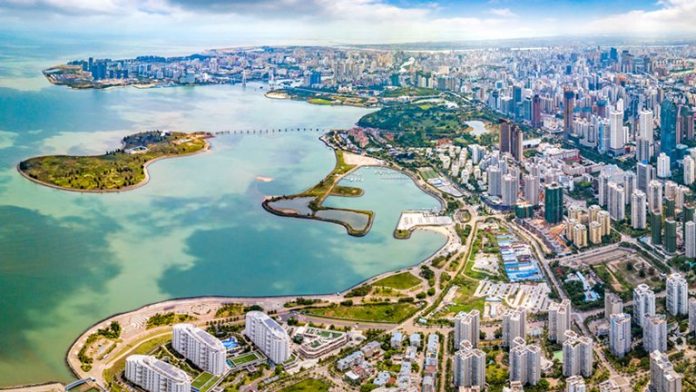 After raking in an astonishing RMB60.2 billion yuan in duty-free shop revenue 2021, an increase of 84 per cent year on year, China’s island province of Hainan has set itself the target of over RMB100 billion in total sales from its duty-free shops in 2022.

In a time of pandemic-disputed travel, the island also welcomed more than 81 million domestic and overseas tourists, impressive figures in our new normal.

The duty-free market in China was estimated to be worth RMB66 billion yuan last year, according to a report by The Economist Intelligence Unit (EIU) published on Saturday bout could quadruple in value in three years’ time.

Hainan, which has been declared a free-trade port and a duty-free hub, is expected to account for half of the domestic duty-free market by 2025.

In a time where the mantra of diversification of the Macau economy is chanted on an almost daily basis, we rarely see how the local duty-free market could be boosted and improved in the future.

The manner in which the ‘Chinese Hawaii’ reinvented itself from a tropical tourist destination for mainland travellers searching for sandy white beaches within borders, into a duty-free sales powerhouse could serve as an example for the SAR

For long the city has served as an important duty-free market for mainland visitors, especially nearby Guangdong inhabitants, searching for cheaper but quality certified brand products.

Since the central government has proposed to set up a free trade zone in Hainan in 2018 and a free trade port in 2020 business on the island has skyrocketed.

While the duty-free sales have retained the upward momentum in the past two years in the Chinese southernmost island, the same story could not be said for Macau amid the pandemic.

For the first three quarters of 2021, the value of retail sales recovered by 105.1 per cent year-on-year to MOP55.45 billion, although such data includes all kinds of retail sales, with no specific data on duty-free sales.

As the focus shifts away from gaming, other areas will have to be nurtured as attractive points for attracting visitors and their spending, with retail sales an important element of the hotel and entertainment complexes in the city.

At the moment while the cap for goods exempt from duties the mainlanders could carry back from Macau to the mainland is only RMB5,000 on each trip, and RMB100,000 cap was set for a year in Hainan.

Maybe local regulators can further explore beneficial policies for mainland shoppers on the hunt for goods they are currently unable to procure directly overseas due to pandemic restrictions and lay the group to expand the duty-free sector in the city.

It might be hard to compete with a tropical island with an already established holidaying infrastructure, but Macau would need to harness the accumulated know-how and its existing resort facilities to bring some of those ‘shopping Renminbis’ to our shores.

May 25, 2022
Top allies of President Vladimir Putin said Tuesday that Moscow was ready for a prolonged...
Load more