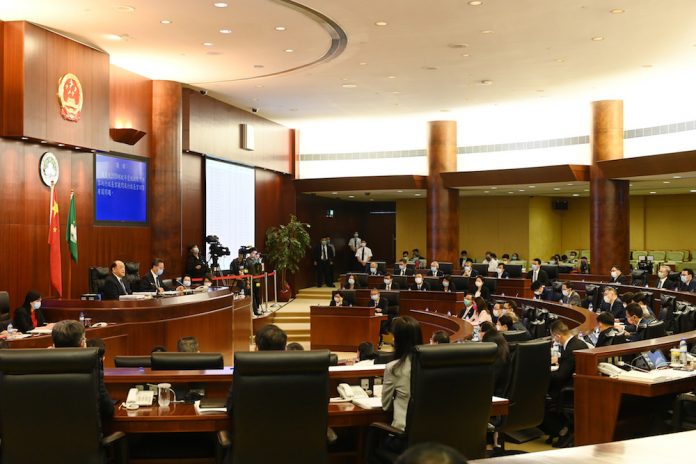 Last week started with the first ever policy address by Chief Executive Ho Iat Seng, the first 100 days of the new head of government’s term inevitably marked by the Covid-19 pandemic.

Despite the unavoidable mentions to the economic policies envisioned to help the local economy recover from the crisis, it was interesting to see the differences in style between Ho and his predecessor Fernando Chui Sai On.

While Chui got us used to a more ‘soporific’ policy address style, followed by Q&A sessions that would rarely go off the cuff and were usually cut short, Ho showed again that he has a tremendous amount of energy to present his policies and respond to questions.

In fact, following a press conference that lasted for one and a half hour, the new CE even quipped that reporters seemed tired of asking questions and therefore he would have to leave.

In several of Chui’s policy addresses most of the noteworthy announcements would generally be about more or higher social subsidies and welfare schemes. In Ho’s cases, apart from the financial policies he wanted to make to deal with the crisis, probably some of his most interesting remarks were more or less indirect critiques to the previous administration and the local gaming sector.

Ho noted that the pandemic had exposed the “vulnerability and risks” of Macau economy’s overdependence on gaming-related tourism, and basically stated that past efforts to diversify the local economy had failed.

This was nothing new, considering that data from the Statistics Census Bureau had demonstrated that the importance and share of the gaming industry in Macau, instead of decreasing has been increasing since 2016.

Nevertheless, similar admissions on the matter by authorities are rare.

When questioned by legislators the next day, Ho criticized the six gaming concessionaires for not being willing to provide their hotels for medical observations during the crisis, as authorities scrambled to find rooms for more than 2,000 people in need of a place where they could be safely quarantined.

The Chief Executive said that authorities had the right to requisite the use of these facilities, but that they did not wish to resort to such means.

Furthermore, although he later thanked the gaming operators who did provide hotels for quarantine purposes, he still argued that gaming operators should do more to live up to their corporate social responsibility obligations, and shut down any idea of a possible gaming tax reduction.

It was a strong demonstration of someone who seems frustrated with the power held by gaming operators and willing to challenge it, even if the recovery of the local economy is impossible without a recovery of the gaming and tourism sectors.

The current crisis will require urgent action, and the more than MOP50 billion pledged by Ho to boost the local economy affected by Covid-19 is a good start, but the truth is that until tourism flows back in from the Mainland and consumer confidence is restored, it will be hard to get out of this standstill.

At least, Ho set up a timeline valid until the end of this month, which entails that if no new cases are recorded then the current medical testing requirements for Chinese tourists could be removed; this would allow the industry to see some light at the end of the tunnel.