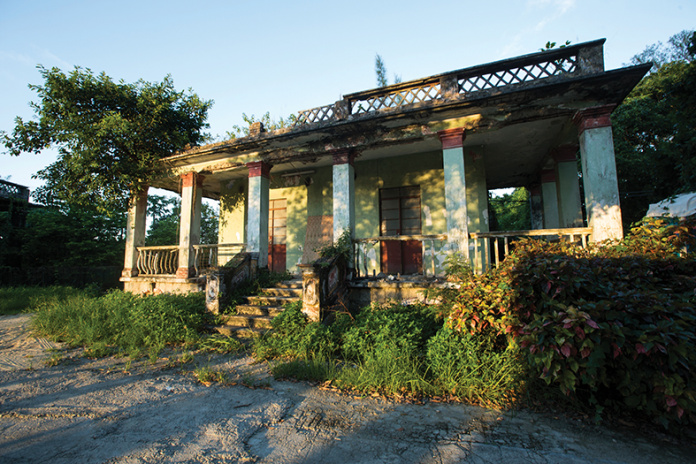 After a return trip that probably took longer than what it took Vasco da Gama to sail around Africa to reach India, I managed to reach the Macau SAR.

From the moment I left the airport in Portugal and entered my quarantine hotel room in Macau the whole trip – including one night in a terminal in the Munich Airport – took just about 48 hours but almost three days if considering the time difference.

Nothing abnormal in our current pandemic travel times and to top it all nothing better after a long exhausting trip than to receive a good dose of the largest quarantine in the world, with some 21 days in solitary confinement in the ‘luxurious’ Treasure Hotel.

Yes, when one left Macau to go abroad is already aware of the “cost” it will have upon return.

The requirements for re-entry were well known and accepted. It is still hard to see how they all make sense, though, especially when having the opportunity to see the contrasting approach enforced in Europe.

On the other side of their world entry mostly requires only a digital vaccination certificate and a negative test, with no isolation demanded upon entry. It is a strategy made possible by high vaccination rates, the low health risks posed by the Omicron variant and the need to maintain economic runnings.

On that side cases reported daily are reaching records but hospitalisations are lower and life must go on.

On this side of the world, one is received as if it is arriving from a post-apocalyptic waste world hit by an Ebola-like contagion.

From hitting the tarmac to arriving in the isolation hotel, the 40 souls arriving from Singapore endured 5 hours of paperwork and waiting for a test result in a freezing cold waiting in a temporary room at the Pac On Ferry Terminal, with some instant noodles and some kind of chocolate coconut pastry as a reward.

After five hours one of the group members was taken to a separate room as a suspected weak positive, and later ‘upgraded’ to the Coloane isolation area for a 28-day stay.

The remaining group was hailed off to a simple hotel room with daily testing and inexplicably no possibility to even open a window for, hopefully, ‘only’ 21 days.

Yes, many people would say nobody forced these people to leave the city, a response that fails to take into account that nobody would put himself through such a long quarantine if there were no real professional, personal or family motives to do so.

Most of the people coming from abroad have either relatives in Macau and other countries and had not been able to leave the city itself since the pandemic started.

Manny residents that left the city for the holidays were also slapped with a sudden two-week inexplicable ban on plane entries in Macau, which basically left them stranded abroad.

Recently Hong Kong authorities have announced a reduction of quarantine times for residents coming from overseas to 14 days in an observation hotel and 7 of home isolation.

Chief Executive Carrie Lam justified the decision on ‘scientific grounds’ considering the lower incubation period presented by the Omicron variant, a surprising admission as having health policies justified by common scientific consensus has been rare in the previous year.

More even so than Macau, Hong Kong has been almost virtually shut down from Mainland China and the world.

However, despite a stringent zero case policy approach, the city has repeatedly tallied more than 100 new confirmed cases a day. So was the approach worth it?

The decision to lower quarantines seems like an admission by the city authorities that the approach is not sustainable for a long-standing international financial hub, being quickly surpassed by regional rivals with laxer entry policies, such as Singapore.

In Macau, health authorities were quick to dismiss any possible reduction in quarantine periods and there is still no timeline for any change.

Previously many pointed to the Chinese New Year and the Winter Olympics as a possible goalpost for an easing of restrictions. That now seems unlikely, and the local CNY tourism volume was already impacted anyway by outbreaks in the neighbouring Guangdong Province.

How long can Macau be almost completely cut off from the world and for how long can we justify such a heavy-handed approach to a threat that seems more and more innocuous? Inquiring minds wanna know.

May 25, 2022
A teenage gunman killed 18 young children in a shooting at an elementary school in...
Load more