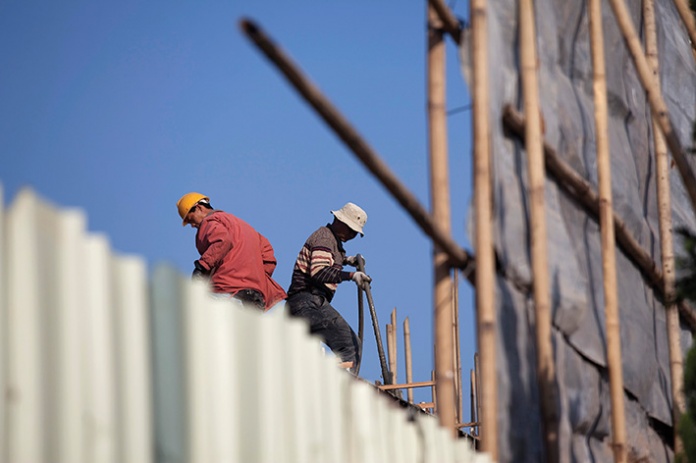 Perhaps the Macau residents didn’t realise it, but it seems that it is their duty to help recover the local economy.

After a surprising spontaneous protest by almost 500 unemployed workers at the Labour Affairs Bureau (DSAL) which ended in an invasion of the department, local authorities announced a string of new economic stimulus measures.

The two are probably not related, but it was interesting timing for the announcement. After all, it’s hard to raise the flag of an exemplary harmonious society when you have elderly workers arguing and tussling with police officers in public streets, scenes not seen in Macau for quite awhile.

Maybe the police authorities countered labour protests the same way they counter sensitive political protests by non-residents, and perhaps such scenes wouldn’t have made it to everyone’s news feeds and TV screens.

If tax exemptions and the early distribution of cash handouts are nothing unexpected, the consulted voucher scheme devised by authorities has left the local population perplexed.

A MOP5 billion e-voucher program will be offered to all people residing in Macau, including all Macau ID holders, blue cardholders, and foreign students, in a very welcomed inclusive policy.

However, it requires an individual to spend first, before receiving an e-voucher, through one of the city’s eight mobile payment tools, and each individual must spend at least MOP30 in each transaction to redeem one MOP10 coupon.

Therefore, like a supermarket voucher, residents are required to spend to receive them, with Secretary for Economy and Finance, Lei Wai Nong, calling all residents to do their part in the great civic battle for economic growth.

Strong opposition was immediately voiced by directly elected legislators and social and labour associations – was this not an election year – as citizens were already preparing for a repeat of the well-known and well-received consumer card scheme used last year.

More important than the complex coupon handout is how authorities plan to assist the large number of residents under no-paid schemes who are regularly under-reported in official figures.

You have the Statistics and Census Bureau (DSEC) indicating numbers for underemployed residents of 4.4 per cent and then the Macau Federation of Trade Unions showing surveys indicating that more than half of local gaming employers have been under unpaid leave or so-called “care leave” programmes in the past three months.

Many of the local construction workers who took part in the protest are elderly by all accounts. They have been working in construction for most of their lives and, if there are no construction projects, they can’t just retrain their whole skill set in a few months to start working in F&B or hotels.

There is real hurt and despair hidden from official figures, and giving out some extra discounts will not make it go away.

October 21, 2021
A former student pleaded guilty on Wednesday to the February 2018 shooting rampage at a...

October 21, 2021
The UN Security Council on Wednesday unanimously called for an end to violence and the...
Load more