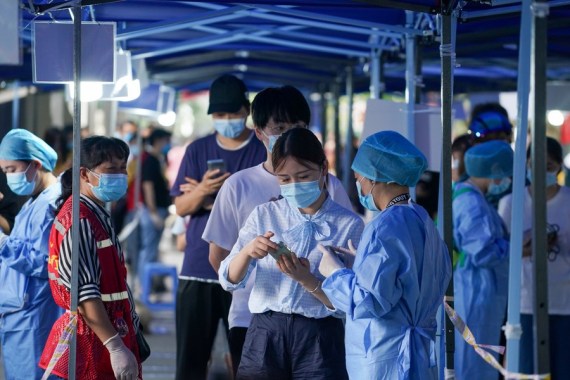 Macau was coming out from the last Covid scare. Hardly one month had passed since the previous one, and the script was re-run. After a few positive tests, the city again virtually stopped for mass testing and, increasingly, mass quarantining.

Other health services were inevitably affected, as before, and the economy suffered another blow. Quality of services, commercial or otherwise, is visibly shaken. A new round is in the cards, and morale appears to be plummeting.

We seem fated to endure a stop-and-go regime without an end on sight. The slump has been running for 20 months, but the horizon line is not yet visible. To keep going, we must indeed rely on the operationality of services.

But they have yet to be thoroughly tested. It is not clear what preparations were put into place to deal with a severe outbreak, should it happen, God forbid. Vaccination proceeds too slowly, and we seem utterly complacent. It looks like only changing outside circumstances will modify this situation.

We must also rely on luck and the financial reserve – none is unlimited. One is capricious. We may go for an extended period of slow agony before events show whether the approach is feasible in the longer term. The other is a measured quantity and cannot sustain a regular economic operation forever or prevent significant income loss for various population segments.

A few numbers will help grasp the sting’s extent. From the beginning of the crisis until now, our primary source of income and attraction reached a total revenue of slightly over MOP106 billion.

That is less than in 2008, the first year to break past the MOP100 billion number. This year, the worst of the crisis behind, the first nine months generated less than one-third the amount in the same period in 2019.

We can make similar observations about visitors. Theirs is a critical figure for hotels, restaurants, and most retail businesses. This year, the average monthly number of visitors hangs below six hundred thousand people. In 2019, in the same period, it was over three million. Closed doors and reduced operating hours attest to the seriousness of the crunch.

We may end up being the last place trying to shield itself completely inside a bubble to keep Covid away. But that determination does not come without costs. It is time we measure the resulting sacrifices, both in other health-related matters and general livelihoods.