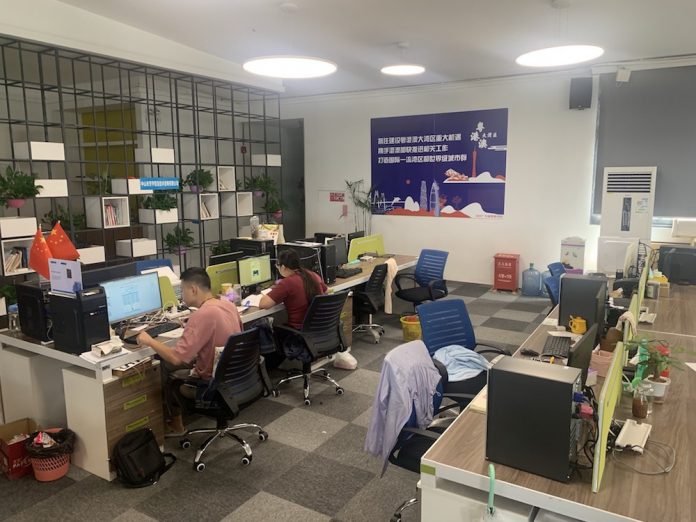 In my recent article “Opportunities for Macau for 2021”, I explained that Macau’s focus is on finance now, and I listed out a few opportunities in that area, mentioning that the Special Administrative Region can also leverage opportunities such as the new stock exchange, the digital yuan tests in the region, the Wealth Management Connect Scheme and the development of enclave economies, most notably Hengqin.

Indeed, Macau is trying to diversify its economy by creating a new stock exchange (a NASDAQ-like market denominated in yuan, facilitating fundraising by technology companies from the Bay Area economic hub), by developing “enclave economies” through exploiting the infrastructure of several bases built in the Guangdong Province.

It can also do so by performing the digital yuan or DCEP tests in the region (DCEP is going to bring a myriad of opportunities to Macau, which is in a perfect position to be leveraged on this initiative) and also by leveraging the Wealth Management Connect Scheme, which will allow Macau residents to buy onshore wealth management products sold by Chinese banks, while Bay Area residents can invest in products sold by Macau´s banks.

However, even though all these initiatives are very relevant and will certainly bring many benefits to Macau and will help it move its shift toward finance,  in order for the Special Administrative Region to become a FinTech stronghold in the Greater Bay Area (GBA), it needs to develop a much stronger start-up ecosystem.

Macau´s shift towards finance will not be complete until the moment the region manages to create and maintain a strong start-up ecosystem. This ecosystem cannot certainly be, at least for the time being, as strong as those of Hong Kong and Shenzhen, but it can be strong, nonetheless.

Macau already excels in some of these areas: the region, for example, already has strong universities, and there is no doubt that both the Macau SAR Government and the Chinese Central Government are very committed to making Macau become a financial hub within the GBA blueprint and not just a gaming hub anymore, hence all these initiatives I listed above, such as the possible new stock exchange.

So, if Macau has all these things, what does it lack? It lacks a flagship for its financial and technological industry, the equivalent to Hong Kong´s Cyberport or the Hong Kong Science and Technology Park (HKSTP).

Hong Kong, for example, is fast developing into a leading fintech hub, one key part of the government’s fintech strategy being Cyberport. Cyberport is managed by Hong Kong Cyberport Management Co Ltd, which is wholly owned by the Hong Kong SAR government, and it is the flagship of Hong Kong’s digital tech industry.

It houses about 600 tech companies, of which 200 are non-local. According to the data provided by InvestHK, Cyberport’s publicly funded incubation program has admitted 108 new startups in 2018-19. It has achieved an impressive survival rate of 72 per cent.

Despite Shenzhen being presumed to be the leading technology contributor to the Bay Area project, there is still room for Cyberport, and therefore Hong Kong, to make significant contributions.

Is there room for Macau, though? Definitely. Macau has something that Shenzhen does not have: its “one country, two systems” governance concept, which avails it the unique advantage of enjoying the Chinese mainland’s support yet not tied to its legal structure.

Despite the mainland having passed the new foreign investment law that, among other things, protects foreign IP and prohibits forced technology transfers, many American companies — especially tech-related companies — are still reluctant to enter into the mainland market.

Macau could take advantage of that by offering a platform to all those companies from the Portuguese speaking world willing to enter the market of Mainland China. We must bear in mind that China´s idea for Macau as part of the GBA is for the Special Administrative Region to leverage its current strengths to link Mainland China with the Portuguese-speaking countries, the EU and the Association of South-East Asian Nations (ASEAN).

This will firmly establish Macau as a platform for international exchange while leveraging its current world-class tourism and leisure strengths, while its economy is diversified via the potential new stock exchange and similar initiatives that I mentioned before.

In this sense, and to sum up, in order for Macau to complete its current shift toward finance, it needs to create a much stronger start-up ecosystem, and also its own Cyberport so all the opportunities that arise from Macau´s belonging to the GBA and the Portuguese speaking world are properly grasped. It needs to produce a strong ecosystem involving both the Government and private sector and encompassing local universities, incubators, mentors and, of course, investors.