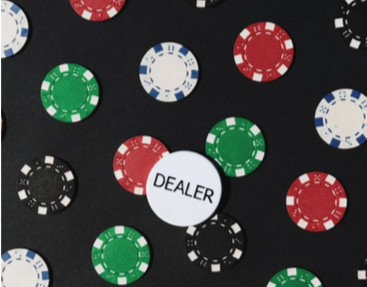 Until 2002, Macau credit for gaming (usually mentioned as VIP gaming) was not only unlawful but a crime under Macau laws. Yet, the Macau authorities knew of it, acknowledged its existence and allowed its continuous growth. Given that it accounted then for 2/3 of the overall GGR, and the situation was untenable in the medium term, public policy changed and casino gaming credit was regulated and brought into the boundaries of lawfulness. A specific Law (no. 5/2004) was enacted and casino gaming concessionaires (and sub-concessionaires) and gaming promoters were allowed to grant credit as long as they had agreements with casino (sub-)concessionaires. Gaming promotion was regulated (RA no. 6/2002) and their activity subject to licensing and supervision from the Macau Gaming Inspection (DICJ).

In the beginning of the casino gaming liberalization (2002~2007), casino gaming promoters (junkets duly licensed in Macau) were the traditional way of granting credit for gaming to patrons from jurisdictions on which said activity – or at least the collection of gaming debts – was unlawful. And, given the previous practice of S.T.D.M. of not accepting junkets but from Macau and Hong Kong (with very few exceptions for Thailand and Indonesia), all major relevant gaming promoters, working essentially with Mainland China wealthy patrons, were from Macau (and Hong Kong). This led to a thesis that gaming promoters were the local component of the Macau casino gaming industry, given that controlling shareholders of all concessionaires (and sub-concessionaires) were from outside Macau (USA, Australia and Hong Kong). This thesis was adopted by successive Macau governments and is critical to understand the posture of the Macau authorities towards the gaming promoters along the last 20 years. Gaming promotion is a fiscally protected activity with only a very low special tax being levied on their income. Gaming promotion companies were always allowed to operate with quite opaque very light organizational structures. No pressure was exerted on them to properly list, through normal IPOs with appropriate disclosure of information, in the Hong Kong Stock Exchange (HKSE) (or other stock exchanges); more than a dozen “back-door listings” were made, with the acquiescent silence of the Macau governments and the regulatory authority of the HKSE. The concentration of gaming promotion in large companies that internationalized their activities outside China was clearly stimulated or supported by DICJ and the Macau government until 2019.

The supervision of casino VIP areas – in practice jointly operated by a (sub-)concessionaire and a gaming promoter was always very loose and in two decades there were almost no Suspicious Transaction Reports (STRs) submitted for operations taking place there. Neither DICJ nor any Macau authority punished gaming promoters when they started to fund themselves through deposits received from Macau residents on which they paid significant interest rates, in a clear violation of Macau banking laws and regulations. Until 2019, a close proximity, bordering collusion, existed between DICJ casino supervision and some large gaming promoters (M. Assis da Silva became a member of the board of several Suncity Groupcompanies after his retirement from DICJ where he was the head of the casino gaming department and the de facto boss of DICJ for 15+ years). Since all casino gaming (sub-)concessionaires wanted the large amounts of GGR generated by VIP gaming, the most relevant Macau gaming promoters gradually managed, with the Macau government acquiescence, to get ever larger portions in sharing of gaming revenue in the contracts between them and the (sub-)concessionaires; in 2002 the sharing of gaming revenue followed a model of 40-40-20 (meaning 40% tax, 40% for the concessionaire, 20% for the junket); in 2010 the model had evolved to 40-5-55! Last but not the least, this sharing of gaming revenue model was deemed by the Macau governments as being excluded from the regulations that imposed a cap on the commissions paid by Macau casino gaming (sub-)concessionaires to gaming promoters.

Furthermore, given that Mainland China’s legal system deems unlawful any attempt to collect gaming credits and that no credit collection agencies exist, Macau authorities found normal that gaming promoters used alternative means to operate in the Mainland, namely via association with high-ranking military, police chiefs and / or members of “secret societies”. Anyone that has worked in Macau in the last 20 years knows the sense of impunity that Macau gaming promoters felt arising from the situation above described.

It is also quite relevant – namely at the eyes of China’s authorities – that Macau gaming promoters only focused in the Chinese market, especially in Mainland China; other markets of great potential, such as Japan, Korea, India, Russia, Thailand, Indonesia, Vietnam, were disregarded.

Since at least 2015 the government of the P. R. China has been fighting overseas online casinos catering for Chinese patrons and pressing foreign governments to prevent operators licensed there from targeting residents in China. The most noticeable cases have been Sihanoukville, in Cambodia, and POGO operators in the Philippines. As the Chinese government pressure mounted, Macau gaming promoters involved in such operations, especially in the Philippines, were repeatedly warned to change course, namely the Suncity Group. At the same time, China’s law enforcement agencies opened investigations regarding online betting by wealthy patrons of big Macau gaming promoters. The repeated disregard by relevant Macau gaming promoters of these concerns of the Chinese government led to waves of detentions in Mainland China of gaming promoters’ employees and sub-junkets, as well as their partners in gaming promotion and in gaming debts collection, and culminated in formal criminal charges being submitted against Alvin Chau, the head of the Suncity Group and, later on, against Levo Chan, head of the Tak Chun Group.

Only after such criminal charges in Mainland China did the Macau government decide to take action and the (sub-)concessionaires severed relations with the gaming promoters.

It is bearing in mind this historical background that one should look into the changes taking place in Macau’s casino gaming regulatory legal framework regarding gaming promotion.

The first note is that there is uncertainty as concerns said regulations. This is not a minor issue. It really needs to be well pondered. For now, the recent amendments to Law no. 16/2001 keep gaming promotion as a relevant activity but introduce restrictions to the gaming promoters’ activities: (i) a gaming promoter cannot work but with one concessionaire; (ii) the payment for the gaming promotion activity can only be through commissions (thereby forcing a change in their modus operandi).

But the main reason for said uncertainty is that it is still not clear to what extent will the activity of Macau gaming promoters be allowed in Mainland China.

The strict enforcement by Mainland China’s authorities of the unlawfulness of casino gaming promotion linked with credit gaming is likely to take place. A concerted action by the Macau government will most certainly bring credit for gaming back to be an underground activity. The idea that credit gaming for Mainland patrons will disappear by rendering gaming promotion in the Mainland unlawful did not work in the past and is wishful thinking. But it may lead to a significant reduction of Macau gaming revenue. Also, it will work as a catalyzer for competing markets in this sector – both in hypocritical Singapore (only good junkets…) and in about-to-liberalize Thailand.