The 13th National People’s Congress (NPC) and the Chinese People’s Political Consultative Conference (CPPCC) were held in Beijing in March 2019, during which Premier Li Keqiang appealed to Macau and Hong Kong to accelerate and embrace their closer integration into the Greater Bay Area plan as formulated by the central government in Beijing.

In response, the Macau Liaison Office held a study session on March 19 after the two meetings, with its director Fu Ziying urging Macau to enhance its competitiveness, to grasp the chances provided by the Greater Bay Area, to enhance its regional co-ordination and co-operation with the cities in Southern China, and to improve the livelihood of its residents.

An important advice offered by Fu is that he appealed to the need for Macau to better arrange the unused land, to renew the city, to tackle the rising housing prices, to improve transport, and to tackle the prevention of and response to natural disasters. His remarks pointed to the existing problems of Macau’s governance, especially the deficiency in public transport, the imbalance between the unused land and booming property prices, and the need to renew old areas in the entire city.

Although the Macau delegates submitted 78 motions in the two meetings, their quality and foci varied. Some motions focused on Macau while other dealt with Mainland issues. One commonality of the motions raised by the city delegates was that they were loosely organized and lacked coherent co-ordination among themselves. Moreover, new ideas of how to capitalize on the strengths of the city to contribute to China’s development were lacking.

Fu’s post-meeting session witnessed a few new ideas from the Macau people, including a suggestion of opening island cruises between the city and the Southern Chinese region, and the imperative of improving its innovative technology. The urgency of improving Macau’s IT is obvious, especially as the city’s telecommunication system needs to be improved by allowing more market competition. If Macau’s IT sector has to be developed, it is necessary to reform the curricular of primary and secondary schools, and to establish new and innovative vocational colleges so as to enhance the quality of local talents. Otherwise, the call for integration between Macau and the Greater Bay Area may have the unintended consequence of attracting locals talents to work and reside in the Mainland, while the inward migrates from the Mainland to Macau may not have the necessary skills and quality necessary to upgrade the city’s IT sector and its overall competitiveness. In the same vein, Macau’s universities need to revisit their curricular so as to upgrade the city’s competitiveness as a whole.

In short, Macau’s competitiveness is easier said than done. The need for the city to integrate with the Greater Bay Area presents opportunities and challenges that have to be recognized and addressed by the Macau elites. 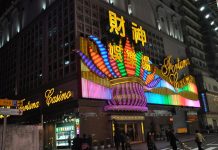 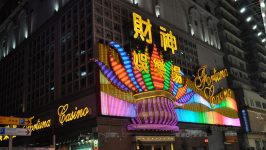