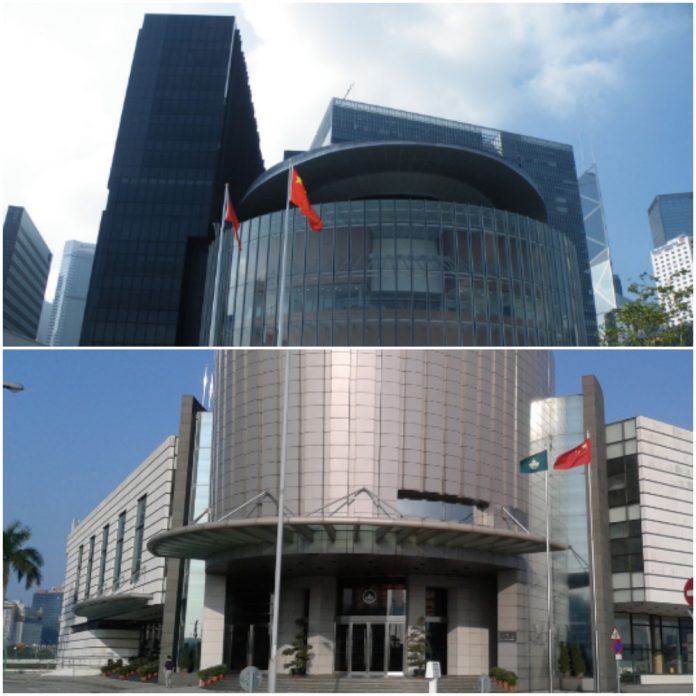 The march of almost one million Hong Kong people, a figure claimed by the organizer Civil Human Rights Front, on June 9 against the fugitive offenders bill proposed by the Hong Kong government was like a political earthquake shaking the Hong Kong special administrative region, contrary to Macau where political development remains relatively stagnant and frozen.

No wonder that, in the eyes of the central government in Beijing, Hong Kong remains a defiant son often resisting and opposing the policies of his father, while Macau remains a good example of “one country, two systems” where its twentieth anniversary by December 2019 would likely witness the visit of President Xi Jinping.

The protest by a million Hong Kong people on June 9 was apparently a public opposition to the extradition bill, which to many protestors represents a threat to their existing civil liberties.

Objectively speaking, the sudden outpour of so many protestors was due to not only their fear of being “extradited” to the mainland especially on political grounds, even though the bill has already excluded the transfer of criminal suspects for political reasons, but also their anger over many issues in the past several years: the disqualification of two legislators-elect and four other pro-democracy legislators in late 2016 and early 2017, the imprisonment of the key organizers of the 2014 Occupy Central Movement, and the sudden emergence of Hong Kong’s political dissidents who had to flee Hong Kong for places like Germany and even Taiwan.

Compounding the sudden outburst of political fear of Hong Kong people were the concerns expressed by the local business people and the foreign consulate officials in the territory.

For the local business people, the extradition bill sounded like a sword hanging on their heads, especially to those who had previously bribed mainland officials to conduct business transactions in China.

For the foreign diplomats, Hong Kong as a legal firewall against the extradition of their citizens to enemy countries would be challenged by the bill, which would empower foreign states to issue extradition documents that Hong Kong court judges would accept.

Adding to the public fear was the protests by 3,000 lawyers just days before June 9 and their action was seen by the members of the public as a testimony to the undesirable content of the extradition bill.

Objectively speaking, the bill appeared to target at many corrupt mainland cadres and business people who in the past utilized Hong Kong as either a conduit for escape or a platform to launder their dirty money.

Unfortunately, the Hong Kong officials did not appear to explain this important objective to the members of the public much earlier until the time when public sentiments turned to fierce opposition to the bill.

Still, the Hong Kong government appeared to miscalculate the responses of foreign states to the extradition bill. Above all, the pro-democracy opposition skillfully shaped the campaign against the bill as a public veto against and distrust toward the legal system of the mainland.

For many Hong Kong people, the Hong Kong rule of law is far more superior to the mainland legal system – a fact that prompted them to fear the mainlandization of Hong Kong’s judicial system.

After June 9, the challenge to the Hong Kong administration is to shape the bill’s content in such a way as to make it acceptable to not just Beijing and the pro-establishment elites but also the pro-democracy legislators and many ordinary citizens.

If a further amended bill were passed by the Legislative Council, and if the members of the public were still angry about its content, it can be anticipated that the pro-establishment parties and politicians would likely suffer a defeat in the upcoming November 2019 District Council elections.

Yet, the violence following the end of the protest on the night of June 9, and the violent confrontation between a minority of radical protestors and the police on the morning of June 10, showed that hyperpoliticization in Hong Kong could lead to violence and social instability in Hong Kong.

The riot on the morning of June 12 was a testimony to the persistence of political violence in the territory, a legacy of the 2014 Occupy Central Movement and of the early 2016 Mongkok riot. It appears that many young people in Hong Kong have developed a strong anti-governmental and anti-China sentiment – a worrying trend that explained another movement of the youth to occupy some areas of Admiralty on 12 June.

Macau is fortunate to escape all these issues of hyperpoliticization, especially political violence. Yet, Macau’s political system and development are basically frozen. Political reform remains stagnant.

The reintroduction of the Urban Advisory Committee has no elected member and it embraces all the appointed members. Even worse, it appears to exclude any pro-democracy members. Although a very few publicly outspoken appointed members can be seen in the Committee’s work, the reluctance to introduce elected elements to the Committee represented not only the government’s political conservatism but also its tendency to separate administrative from political reform.

Macau in the past several years has also seen a kind of overreaction to the activities of a very tiny minority of pro-democracy elites, whose protest behavior was regarded as transgressing the acceptable political boundaries.

From a critical perspective, the Macau ruling elites have failed to reform the political system by not only making it more responsive to crises, but also injecting more elected elements to force the administration to be more accountable and responsive to the needs of citizens at the grassroots level.

If the Macau government cannot identify its main political weakness, namely keeping a frozen and stagnant political system, the sudden eruption of another crisis would sooner or later undermine the legitimacy of the administration.

Fortunately, however, the people of Macau are far less politically active than their counterparts in Hong Kong. The people of Hong Kong are often regarded as materialistic and pragmatic, but this conventional wisdom has failed to identify a large segment of the population who are politically conscious, who are imbued with a strong sense of local identity, and who see the rule of law and their civil liberties as sacred.

Macau’s civil society is basically quiet, with a large segment of the population who are far more materialistic and pragmatic, while only a very small segment is imbued with the post-materialistic values, like those Hong Kong people who are fighting for democracy, human rights, civil liberties and sustainable development. Macau in 2019 is like Hong Kong during its early 1990s where political development remained embryonic.

Consensus politics in Macau pervades through its political institutions, ranging from the legislature to grassroots-level housing politics. Indeed, Macau as a small city cannot afford to have political conflicts, but ironically the lack of political debates and conflicts has often stifled political creativity and development in the territory.

Conversely, Hong Kong has been undermined socially and politically by excessive conflicts and even hyperpoliticization. The pro-government and pro-democracy camps in Hong Kong see politics as a zero-sum game without compromises – a phenomenon that can be seen in the endless struggles within the legislature.

Contextually Hong Kong has a deeply divided political society, whereas Macau has a more harmonious political society. From the perspective of governance, Beijing naturally prefers and praises the Macau model and finds the Hong Kong model similar to a politicized city, especially as foreign countries have their vested economic and political interest to maintain the legal status quo and to promote democratization of Hong Kong.

While supporters of the “one country, two systems” can easily point to Macau as a model of emulation, they have perhaps neglected that the frozen politics of Macau represents a kind of political underdevelopment and stagnancy ill-equipped to cope with sudden crises.

At the same time, the conflict-ridden model of Hong Kong can perhaps be depoliticized a bit so that hyperpoliticization would not undermine the social harmony and political stability of the territory. An ideal model of “one country, two systems” is arguably a mixture of the Macau and Hong Kong, with Macau having to see more politics as conducive to its governance, and with Hong Kong learning a bit more from Macau where political calmness rather than fear can contribute to socio-political dialogue and communications more easily and productively.

Ideally, Macau can learn from Hong Kong politically so that political underdevelopment would be arrested, while Hong Kong can also learn from Macau so that hyperpoliticization can and will perhaps be reduced.