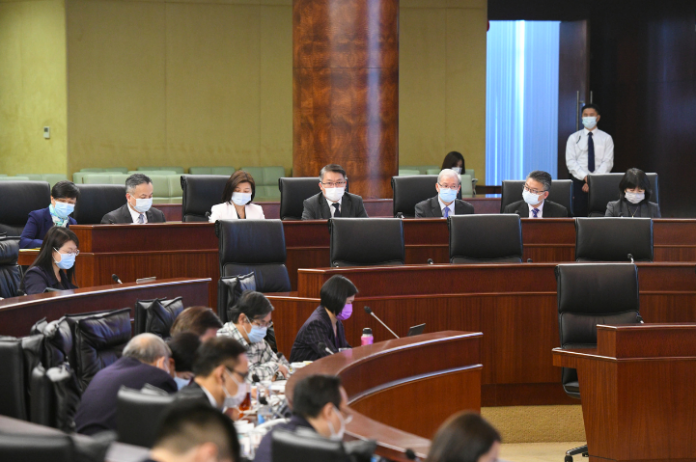 Last week, Secretary for Economy and Finance Lei Wai Nong had a very interesting showing at the Legislative Assembly, where he explained some of the policies the Government wants to implement to face the continuing economic ripples of the pandemic.

In the same session, Secretary Lei added that the Government plans to further reduce the number of non-resident workers, particularly in the gaming and hospitality sectors, and that authorities are working to reduce residency requirements in order to attract talents to the city.

This seemingly contradictory statements clearly show the difficult balance the Ho government is trying to achieve, as it tries to sail the local economic ship to calmer waters.

On the one hand authorities want to calm residents nervous about their job prospects by assuring them that available vacancies will not be filled by non-residents, on the other hand they are trying to make Macau a more attractive city for foreign talents that could further develop the SAR and transform it into that mystical ideal of “local economic diversification” via sectors as diverse as Chinese medicine and finance.

The fact that 89 percent of the employees in the middle and senior management positions of the ‘Big Six’ gaming concessionaires is currently made of locals, and that the city lost almost 18,000 non-residents workers in just one year seems not to really be cause for concern.

Funnily enough, at one point the Secretary stated that authorities will adjust the number of non-resident workers in the gaming concessionaires so that these latter can assume their “social responsibility” and that employers do not give valid enough reasons for hiring non-residents instead of locals, only to add later they will let the VIP junket market, currently shrinking, regulate itself.

The truth – and this was noted by several legislators – is that the main issue is not that the local unemployment rate has stopped its upward trend and dropped slightly to 3.8 percent by the end of 2020, but the current excessive abuse of lay-off policies.

Under the previous labour relations law, unpaid leave had to be compensated; however, this protection was eliminated in April of last year when the law was amended to include a universal minimum wage and approved by the same Legislative Assembly.

Hundreds of local workers now have to accept non-paid lay-off agreements where they work maybe one week per month in fear of losing their job altogether if they don’t agree to do so.

Of course, at least they still have this option, since blue cardholders were basically immediately discarded and, due to new foreign labour regulations, remain unable to find new employment legally.

Strangely enough, all gaming concessionaires will still provide the usual Spring Festival bonuses, since not doing so would be too sensitive politically as the clock continues its countdown to the future renewal of the tender for the concession.

So we are all navigating in a river that seems to have two different currents pushing to different sides. One tide is looking to protect local workers’ jobs at all costs, the other is trying to make the city attractive to qualified overseas talents.

In the current situation, more flexibility by authorities in their employment policies should be considered, unless they wish to maintain an unsustainable scenario with thousands of underemployed local residents and to prevent companies from actually taking the measures that could bring them out of their rut.

The local SME business ecosystem is hurting and another emergency round of financial support should be seriously considered, as it seems that tourism will not recover as quickly as suggested by the vaccine rollouts.

The dog days are not over yet, and decisions need to be made quickly to make sure the local economy does not suffer due to damages that will take years to recover from.