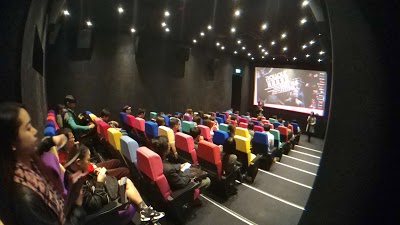 In view of the expiry of Cinematheque Passion’s operating contract by the end of June, I would like to express my appreciation for the Association of Audio Visual CUT’s contribution as the operator over the past three years.

A film director had once said that in order for Macau’s film industry to develop, people need first to be taught to appreciate “good” movies. In this respect I hold in high regard what CUT Ltd. has been doing as I have personally learned a lot from my three years’ experience of being an audience member of Cinematheque Passion.

On top of everything else I have learned to respect movies as a form of art. Frankly, I used to prioritize TV programs over films as a kind of entertainment in terms of cost and convenience. And I found DVDs a useful source of interesting movies. However, I have not only learned over time to appreciate the joy of watching a film in the cinema but have also come to realize what it takes for a film to be classified as a good one.

This has been due to the exposure to a wide range of movies of intellectual depth and artistic value, most being award winners at international film festivals. Most of the films selected for screening are inaccessible in the main-stream cinemas, hence a treasured privilege for the audience of the Cinematheque.

In addition, CUT Ltd. is intent on providing opportunities for local filmmakers to exploit their skills and potentials by arranging special screening for their films. There are usually questionnaires for us audience to fill in, inviting opinions and suggestions about the movies we have watched, showing the team’s eagerness to satisfy our desire for quality films.

Besides, there are frequent free talks and seminars for audience participation. In a pro-screening talk, for example, we have the chance to interact with the speakers, usually the director himself and a few other filming participants. They help us understand the film in greater depth, share with us some interesting details behind the scene and patiently answer our curious questions.

In addition, there are training workshops for people of different age-groups to learn the basic filming techniques. One example is the yearly short course designed for Junior High students to be trained by professional directors to produce a short film on their own.

There are other workshops, equally informative and exciting, targeted at more mature learners with the aptitude. Personally, I will always be grateful to CUT Ltd. for having organized a Film Critics Workshop for each of the three consecutive years.

I have been greatly inspired by Mr. Fung Ka Ming, the instructor, whose excellent guidance has well equipped me to explore further on film analysis with confidence and to share my film reviews with other movie lovers.

This has convinced me that films, as a form of art, can be further appreciated through the beauty and depth of a film review. My special thanks goes to Rita and Vivianna for launching the “Film Critics Salon”, enabling film critics like myself to post our film reviews on a regular base.

And last but not least, it is at the Cinematheque that I have learned to adopt a respectful attitude as an audience member. Like the rest of the watchers, I remain seated till the end of the credits roll. Each time I see the long list of names, I cannot help marveling at the great number of people engaged in the different jobs involved. Do these people not deserve this simple token of respect for their contribution to film production?

For the past three years, Cinematheque Passion has been a place where movie makers are encouraged to pursue their dreams and where movie lovers have access to an endless source of quality movies. In fact, the team of the Association of Audio Visual CUT will always be remembered for their dedication and enthusiasm.

October 27, 2021
The International Olympic Committee said on Tuesday more than 700 members of its community remain...

October 27, 2021
The IMF on Tuesday said it was following events in Sudan after a military coup...
Load more