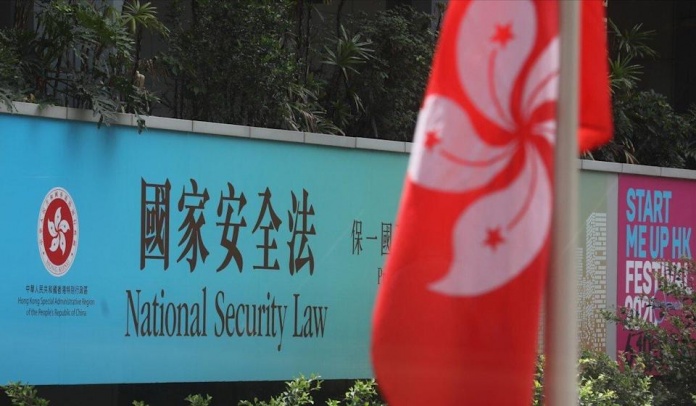 The guidelines on the implementation of national security education in the Hong Kong Special Administrative Region (HKSAR) were published in February 2021, leading to the process of how kindergarten, primary schools, secondary schools, international schools and universities can implement then. Initial responses from stakeholders have shown that they are now actively implement the guidelines, including most importantly the gradual adaptation of teachers.

According to the Education Bureau Circular No. 3/2021, entitled “National security: maintaining a safe learning environment nurturing good citizens,” this circular must be read by not only supervisors and heads of kindergarten, primary and secondary schools for action, but also supervisors and heads of all private schools offering non-formal curriculum for information.

The circular provides the guidelines on school administration to implement the national security law of the HKSAR. It emphasizes that Articles 1 and 12 of the Hong Kong Basic Law stress the HKSAR is an inalienable part of the PRC. As such, it is the common responsibility of all Hong Kong residents, including school staff, parents and students, to safeguard the national sovereignty, security and developmental interest of the central government. The circular introduces the national security law in detail, emphasizing that the concept of national security is comprehensive, embracing political security, territorial integrity, and other spheres militarily, economically, culturally, socially, technologically, ecologically, and in cybersecurity.

In the past decade, many mainland academics wrote extensively in all these dimensions of national security. The circular did not include any references from the mainland sources, leaving the task of implementation to the schools, whose teachers however can and should consult the mainland sources for useful reference and lessons preparation.

Section 10 of the circular stresses that it is incumbent on all schools “to review as early as possible and devise appropriate measures in respect of school planning and management, staff management, and other relevant areas to facilitate students’ effective learning,” which embrace (1) the need for all school staff to abide by the code of conduct and professional ethics, (2) the prevention and suppression of teaching and school activities that are in breach of the Basic Law and national security law, and (3) the assistance offered to let students “gain a correct understanding of the legislative background, message, importance and significance of the national security law” and the enhancement of their “national security and law-abiding awareness.” Moreover, although the management systems and curricula of international schools and other private schools differ from the local curricula, they have the responsibility to help their students to “acquire a correct and objective understanding and appreciation of the concept of national security and the national security law, as well as the duty to cultivate a law-abiding spirit among their students.”

Hence, school sponsoring bodies, incorporated management committees and school management committees should perform their functions and take measures to safeguard national security in schools. The school sponsoring bodies are obligated to give directives to the school governing authority to ensure that measures are taken to safeguard national security and to implement national security education. These measures include school management, resources deployment, staff training, stakeholder’s communication, teaching and learning, student’s guidance and discipline, on-campus activities, student associations and activities, and the review and evaluation of the implementation process.

Most importantly, the school governance authority must create a “peaceful and orderly school environment” and “make all efforts to maintain a campus free from political interference so that the school’s normal operation and students’ learning are not affected.” Schools are obligated to ensure the “proper use of school premises,” including the hiring of school premises to outside organizations for holding activities.

School management and managers are required to promote to students “a correct understanding among students of the country’s history and development, the importance of national security, the national flag, national emblem and national anthem, as well as the constitutional order established for the HKSAR under the Constitution and the Basic Law.” The performance appraisal of staff members, including teaching and non-teaching staff, must consider how they uphold professional ethics and observe the code of conduct. International schools need to draw up guidelines to ensure that the campus is a politically neutral place “free of illegal activities.”

Discipline work, according to the specific measures, should recognize students’ efforts and positive behavior. If students breach the law under the undue influence of others, then teachers should “teach the students of the affected class/level how to stand firm against such influence through the related curriculum and guidance activities or seeking assistance from external services.” If the student concerned refuses to correct his or her misbehavior, punishment should be imposed. If external organizations were involved, the school “should record all information collected during the interview, including the date, time, venue, persons, organizations involved” and may seek advice or help firm the police community relations officer of the police district concerned.

On April 10, Secretary for Education Kevin Yeung revealed that, from the anti-extradition movement in 2019 to the present, 200 cases of complaints were received by the EDB and 40 cases were established with prima facie evidence. Only one case was concerned with the deregistration of a teacher concerned. As such, the complaints were about a minority of teachers. When asked by the Commercial Radio host about the suggestion from some patriotic legislators that closed-circuit televisions should be installed in classrooms to observe teachers’ performance, Yeung said that such a move would affect the privacy of students and that he would like to listen to the views from parents.

Yeung’s department prepares to add 30 hours of on-the-job training for all teachers to be more familiar with China’s development and the concept of national security. He added that the anti-extradition controversy was not only attributable to education alone, although education must be improved in Hong Kong. The Commercial Radio’s “Politics and Economics on Saturday” program host asked him further whether politically sensitive issues about China, such as the 1989 Tiananmen incident and the recent Xinjiang cotton controversy, should be taught, Yeung replied that these issues would be up to the teachers’ decision in the teaching and learning experiences, but a balanced perspective mentioning China’s positions should be articulated.

Some teachers at the secondary school level had already told the media that they would avoid teaching sensitive subjects to avoid becoming unnecessarily the target of complaints by anyone, including students and parents.

While principals and teachers are actively preparing for the implementation of the national security education, a minority of teachers who have been deeply concerned decided to leave the teaching profession. Some others opted for emigration for family or other reasons. An overwhelming majority of teachers are staying in their profession and adapting to the new curriculum changes, including the revamped liberal studies curriculum which was criticized as politicizing the secondary school teachers and stimulating their political activism.

Supporters of liberal studies reform argued that the curriculum was too complex, while opponents maintained that the new “civic education and social development” curriculum lacks the component of critical thinking. One thing is certain: while the liberal studies curriculum was introduced in 2009 as one of the core four subjects at the senior secondary level, it is now regarded as a subject necessitating reforms in the direction of having just pass or failed basis. The dilution of liberal studies curriculum is accompanied by the introduction and enhancement of the national security education, implying that the former must be reformed in favor of the latter.

At the university level, national security education can be included in, for example, several weeks in a generic course that involves first-year undergraduate students without any difficulty.

In conclusion, the implementation of national security education is underway with the active preparation and participation of all stakeholders. Principals and school authorities must implement it, while it takes time for teachers to adapt to the new curriculum and undergo on-the-job professional training. Parents naturally expect that their children are law-abiding citizens, while students must be educated to abide by the law and understand both national security and China in a much deeper manner. As such, a fundamental transformation of the educational landscape in the HKSAR is natural and embraced.