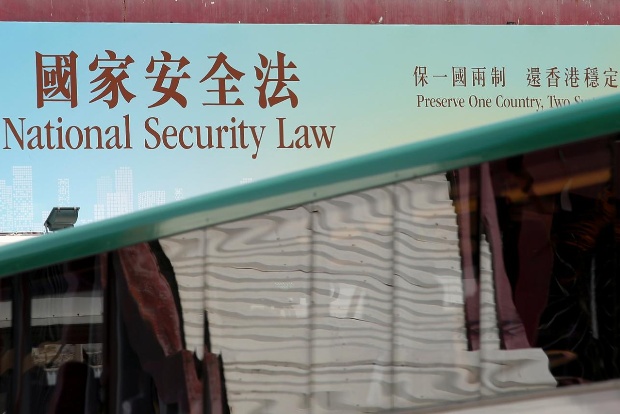 With the publication of the National Security Law and the announcement of its related personnel, the national security mechanism for the Hong Kong Special Administrative Region (HKSAR) has been established and characterized by a mixture of Chinese legalism and centralism.

First, if Chinese legalism has been traditionally punctuated by the use of law as a governing tool, the deployment of ruling tactics, and the empowerment of the ruling authority, this triangular relations between law, tactics and authority can be seen in the content of the National Security Law (hereafter Law).

Chapter Three of the Law stipulates the penalties on secession, subversion, terrorist activities, and the “collusion” with foreign country or external elements to “endanger” national security. These penalties, which range from an imprisonment of three years to ten years or above, will depend on how the court judges appointed by the Chief Executive to apply the law and deliver the sentences. These penalties can be severe with the possibility of life imprisonment, demonstrating the adoption of the legalist thought by the drafters of the Law. Legalism has traditionally deterred criminals by utilizing heavy penalties.

Tactically speaking, Article 29 of the Law adopts a broad definition of “collusion,” which includes a person who “steals, spies, obtains with payment, or unlawfully provides state secrets or intelligence,” who “conspires with a foreign country” to impose sanctions against the HKSAR, and who “provokes hatred”  among Hong Kong residents against the central government or the HKSAR government. Moreover, institutions, organizations and individuals outside Hong Kong may be convicted of national security offences if their activities fall into Article 29.

After the publication of the Law on July 1, the Liaison Office Director, Luo Huining, referred to it as “a sharp sword hanging high” on a minority of the Hong Kong people. Luo’s remarks proved that the Chinese legalist approach was adopted, namely using heavy penalties and broad legal terms to empower the governing authorities to use maximum deterrence against national security offenders.

The scope of the law’s application is broad. Article 37 applies to a person who is a HKSAR permanent resident or a body set up in the region if the person or the body commits a national security offence.

The implication of Article 37 is that, for those young Hong Kong people who committed national security offences but who escaped from the HKSAR to other countries, they may be a target of China’s extradition if they enter or stay in a country with an extradition treaty with the PRC.

Six organizations disbanded themselves (including Demosisto and Civil Diplomatic Network) and six people escaped from Hong Kong to other countries before the National Security Law was published. On July 2, it was reported that Nathan Law, a young activist who lobbied the United States for applying sanctions on the HKSAR, fled the HKSAR for an undisclosed country.

Article 38 says that “this law shall apply to offences under this law committed against the HKSAR from outside the region by a person who is not a permanent resident of the region.” This stipulation is parallel to Article 8 of China’s Criminal Law, which can be applied to “foreigners, who outside People’s Republic of China (PRC) territory, commit crimes against the PRC state or against its citizens.”

The implication of Article 38 is that if foreigners commit the offences of the Hong Kong National Security Law, he or she may be a target of China’s request for extradition from a country that has an extradition agreement with the PRC.

One can recall the case of Gui Minhai, a China-born Swedish book publisher who was involved in the Causeway Bay bookstore incident in the HKSAR, disappeared from Thailand in late 2015. After he was “brought back” to the PRC, Gui verbally renounced his Swedish citizenship during a television confession. His case showed that, as a “foreign” citizen, Gui could be regarded as a mainland Chinese citizen who could be “brought back” to the PRC. China and Thailand had an extradition treaty reached in May 2009.

Secondly, the entire National Security Law and its related personnel have illustrated the adoption of centralism in the principle of “democratic centralism” of communist regimes like the PRC. The “democratic” element is of minor importance, although Article 4 mentions that “human rights should be respected and protected in safeguarding national security” in the HKSAR. Article 4 claims that “the rights and freedoms, including the freedoms of speech, of procession and of demonstration” shall be protected in accordance with the law.

However, on July 4, it was reported in the Hong Kong media that public libraries have temporarily pulled off several books written by Joshua Wong, Tanya Chan and Chin Wun. Moreover, the Hong Kong authorities on July 2 announced that the slogan of “liberating Hong Kong, revolution of our times” is “secessionist and subversive” in connotation.

On July 4, the Liaison Office Director Luo Huining was appointed by Beijing as the mainland adviser to the Committee for Safeguarding National Security in the HKSAR (hereafter Committee). At the same time, Zheng Yanxiong, a member of the provincial party committee in Guangdong, was appointed as the head of the Office for Safeguarding National Security of the Central People’s Government in the HKSAR (hereafter Office). On July 3, Edwina Lau was sworn in as the deputy police commissioner (national security) of the HKSAR. The HKSAR government also announced that the members of the Committee, which is chaired by Chief Executive Carrie Lam include Chief Secretary Matthew Cheung, Financial Secretary Paul Chan, Secretary for Justice Teresa Cheng, Secretary for Security John Lee, Police Commissioner Chris Tang, Director of Immigration Au Ka-wang, Commissioner or Customs and Excise Hermes Tang, Director of Chief Executive Office Chan Kwok-ki and Edwina Lau.

The personnel implications of the national security apparatus for Hong Kong are significant.

First, the Liaison Office (LO) Director Luo is holding four positions: LO director, adviser to the Committee, deputy director of the Hong Kong Macau Affairs Office, and a member of Beijing’s Central Coordination Committee on Hong Kong and Macau. His power has been institutionally enhanced, because he may advise the Chief Executive though the Committee on the appointment of judges in dealing with national security (Article 44), and participate in the implementation of “investigating places and electronic facilities” where national security offences occur (Article 43).

Article 44 says that a person cannot be designated as a judge to adjudicate a case on national security “if he or she had made any statement or behaved in any manner endangering national security.” Although the Chief Executive may consult the Committee and the Chief Justice on the choice of judges dealing with national security, whether he or she may do so belongs to a constitutional convention (political habit). But by consulting the Committee on the judges’ appointment (Article 44), the LO Director is institutionally given the power of having a say, if not necessarily a veto.

From the perspective of nomenklatura, both the LO Director and the Office head from the mainland can check the power of the Chief Executive. No wonder the Apple Daily editorialized on July 4 by saying that the LO Director is like a “de facto party secretary” in the HKSAR.

If the HKSAR is compared with the mainland province, the Chief Executive looks like a provincial governor, while the HKSAR party secretary is the LO Director, and the top national security chief is the Office head appointed by Beijing. Hong Kong’s national security is clearly under the tight control of the central authorities, whereas the HKSAR ruling elites are mainly responsible for its implementation.