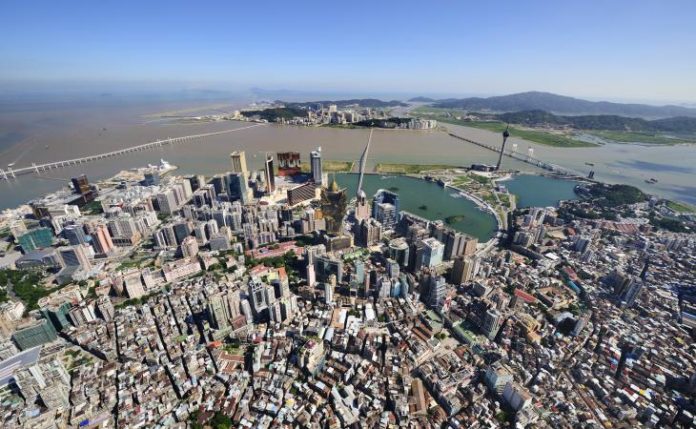 As Macau and the rest of the world comes out of the pandemic, there are signs of a commercial recovery if past obstacles can be avoided. As others have warned, the city’s dependence on gaming is clearly “unsustainable” and a new plan is needed. There are now signs that a broader approach to economic diversification is beginning to take shape. and opportunities for expansion utilizing cultural tourism and regional integration into the Greater Bay Area are real options as 2020 finally concludes.

So as we congratulate the PRC on its 71stanniversary, let us highlight four Macau institutions that hold the keys to jumpstarting new approaches that take advantage of both local talent and imported newcomers who could spur new ideas and innovation. Then we will identify a “new market” outside Macau that could have a significant impact on economic, cultural, and political developments in the coming years. Finally, we’ll conclude with an outline of the first opportunity, an event that will take place in Macau in October that could make future commercial expansion feasible.

The first institutional player is the Office of the Secretary for Economy and Finance. This is the Macau government department responsible for economic, financial, and labor policies, as well as cooperation with Mainland China. This office also regulates the casino industry, which currently accounts for over 80% of government revenues.

Another institution is the Forum for Economic and Trade Co-operation between China and Portuguese Speaking Countries (Forum Macao), which coordinates with IPIM. The Forum has concentrated on seven Portuguese speaking countries (Angola, Brazil, Cape Verde, Guinea-Bissau, Mozambique, Portugal, and East Timor).

The final entity is not a government institution but an association, called the Conselho Comunidades Macaense (CCM). This is an association of thirteen (13) international Macanese organizations called “Casas de Macau”, which has maintained relations with expatriates and their families since 1985.

To varying degrees, each of the entities deal with local business and international trade. The opportunity that most neglect, however, are direct relations with businesspeople and cultural tourists in the Portuguese and Macanese diasporas, the communities of former citizens of Macau and Portuguese descendants that now number in the millions. According to research conducted at U.C. Berkeley, there are over 1.6 million Luso-Asians in the United States, Australia, Brazil, Portugal, and Hong Kong. The Portuguese Consulate also indicates there are 2 million more European and Azorean descendants in the United States. Both Berkeley and the Portuguese government suggest that many Portuguese and Luso-Asians hold key positions in technology, finance, venture capital, biopharma, medicine, law, and education. These are precisely the target markets that Macau should be focusing on to diversify through commerce and tourism.

Representatives from the international Macanese and Portuguese diasporas have proposed signing a “Letter of Intent” to be signed at IPIM’s “25thMacao International Trade and Investment Fair” (MIF) in late October 2020. The purpose will be to bring cultural and commercial visitors to Macau and the Greater Bay Area to encourage tours, dialogue, and cross-national exchanges that can lead to future partnerships. The potential for easing current trade tensions will be profound. The hope is that this effort will be one of many to come.Author

*Dr. Roy Eric Xavier is the Director of the Portuguese and Macanese Studies Project and a Visiting Scholar at the U.C. Berkeley. He is the author of “The Macanese Chronicles: A History of Luso-Asians in a Global Economy” (Amazon), and holds a PhD in Sociology, Communications, and Ethnic Studies from the University of California, Berkeley.

October 27, 2021
That cow may look peaceful and harmless, munching on some grass in a verdant pasture....