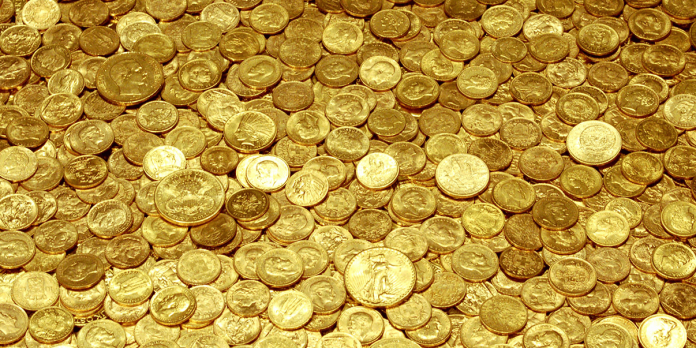 If late 2020 and early 2021 were the time when everybody seemed to talk about cryptocurrencies in general, and Bitcoin in particular, now part of the media attention has been shifted towards the concept known as NFT (Non-Fungible Token), which is one of Blockchain’s many applications aside from cryptocurrencies.

Most of the media interest for NFTs began in early March, just one month ago, when a digital-only artwork was sold at Christie’s auction house for $69m. The winning bidder did not receive any physical painting or print, but a unique digital token, the NFT.

A fungible asset is an item that consists of many identical parts that can be readily interchanged, like money. Nevertheless, if something is non-fungible, it is impossible to interchange it for something else since it has unique properties.

NFTs, which are supported by the Ethereum blockchain, are unique assets in the digital world that can be bought and sold like any other piece of property. The digital tokens can be thought of as certificates of ownership for virtual or physical assets.

What are the differences between NFTs (for example, music, artworks, and digital collectibles) and cryptocurrencies? Cryptocurrencies are fungible (it is possible to trade, for example, one Bitcoin for another Bitcoin), whereas NFTs are non-fungible (each NFT is unique and cannot be traded at equivalence).

Since NFTs provide or transfer ownership of a digital asset, preventing others from claiming ownership by just copying it online, they can actually offer many opportunities to the arts and music industry.

In the music world, NFTs offer hope of a valuable new revenue stream. For example, earlier in March, the US band Kings of Leon raised more than $2 million by auctioning off NFT versions of their new album, according to Rolling Stone magazine, of which a quarter went to a solidarity fund for live event workers.

As to the arts industry, collectors and speculators have spent more than $200 million on an array of NFT-based artwork, memes and GIFs in February alone, according to market tracker NonFungible.com, compared to $250 million throughout all of 2020. And that was before the digital artist Mike Winkelmann, known as Beeple, sold that piece for a record-setting $69 million at Christie’s on March 11, to which I made reference in the second paragraph of this article.

To me, NFTs are one more step towards the Blockchain revolution.

Blockchain is undoubtedly changing the world for the better. As explained by Don and Alex Tapscott in their book “Blockchain Revolution”: “The first generation of the digital revolution brought us the Internet of information. The second genera ion—powered by blockchain technology—is bringing us the Internet of value: a new, distributed platform that can help us reshape the world of business and transform the old order of human affairs for the better”.

In this sense, blockchain is the technology likely to have the greatest impact on the future of the world economy. Just as an example, China Central Television (CCTV) defined blockchain´s economic value in 2018 as “10 times more valuable than the internet”.

Considered for long a new technology, blockchain is developing fast, and is quickly becoming a key player in many industries, like the financial one.

If there was no doubt of the importance of blockchain technology a few years ago, the ongoing COVID-19 pandemic, which has certainly confronted the whole world with an unprecedented challenge, has turbocharged a financial technology (Fintech) revolution worldwide in general, and also a Blockchain revolution in particular.

COVID-19 is changing consumer behaviour, quite likely forever, and all the industries need to adapt, including the banking and financial services industry. Digital transformation has quickly become the top priority for those countries not wanting to be left behind.

Unfalsifiable and impossible to change once a record has been added, blockchain is a distributed database stored on multiple computers as a massive number of identical copies. More specifically, blockchain is part of the Distributed Ledger Technologies (DLT), being a digital register, whose entries are grouped in blocks, concatenated in chronological order, and whose integrity is guaranteed using encryption.

Although its size is destined to grow over time, it is immutable because its content is no longer modifiable unless invalidating the entire data structure.

Even though blockchain is best known for underpinning the operation of cryptocurrencies such as Bitcoin, this technology can be used in countless other areas, such as smart contracts, financial services, supply chain management, insurance, IoT, video games…

To sum up, NFTs may offer many opportunities to Hong Kong and Macau, especially now that Hong Kong is so eager to promote its West Kowloon Cultural District and other art related projects.

The author works as a FinTech Advisor and Researcher. He holds an MBA and a doctorate in Hong Kong real estate law and economics. He has worked as a business analyst for a Hong Kong publicly listed company and has given seminars on Central Bank Digital Currencies and Blockchain in many international conferences and universities

January 19, 2022
AT&T and Verizon agreed Tuesday to a partial delay in activating their 5G networks following...

January 19, 2022
Countries are neglecting the massive impact of the "throwaway" economy on planet-warming emissions, according to...