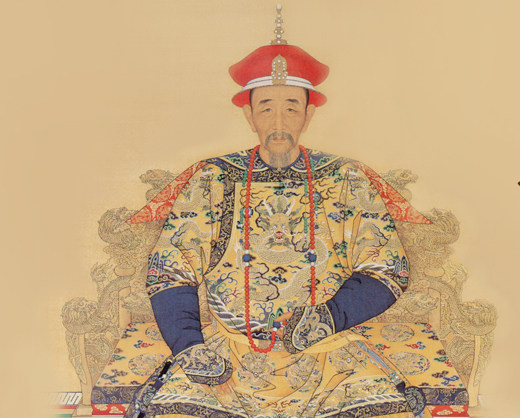 Sometimes people tell me I tend to have a too negative stance on issues. When I respond “Yes, you are right. It’s a disgrace” they retort “There you go again!” and the cycle progresses ad infinitum.

Journalists are sometimes accused of steering too much towards ‘negative’ news, a phenomenon usually described as ‘bad-news bias’.

It is a trend long anchored on the fact that negative news tends to attract more viewership than positive news, to which the age-old media motto “if it bleeds, it leads” exemplifies.

In search of views, media can sometimes be attracted to the extremes, so either extremely negative – Gruesome axe murder! – to extremely positive – Puppy litter gets saved in extremis from fire and has all been adopted by caring family!

This is generally regarded as the more sensationalistic side of media, although said respectful media organisations fighting for attention in the social media world have veered too in the modern world.

Mildly positive news do tend to get overlooked as boring or innocuous although I tend to look at it one case by case scenario.

As an example: “Mr. Wong managed to drive home safely and was able to join his adoring family for dinner”.

Not much seems to be happening here, albeit it would be a different situation if the following scenario was to play out:

“Mr. Wong managed to drive home safely and was able to join his adoring family for dinner after surviving an armed commando ambush on the interstate highway”.

So here we have a piece of positive news with a little bit more substance and begs many follow-up questions:

Is armed commando ambushes a common even in Mr. Wong’s neighbourhood? Where were the authorities? What prompted the ambush? Was Mr. Wong an innocent bystander or did he do something that warrant retaliation? What was the main dish in his family dinner? etc, etc.

If the news itself describes that Mr. Wong was gunned down in an armed commando ambush while driving home to his adoring family, then we do have a classic “all negative story”.

However the issue I believe gets complicated when it comes to public policy stories.

Because after all, media is part of society and we all want society to improve and develop right? Right, but the way to improve is what sometimes can make things complex.

Can criticism improve society? If it is well argued and fact-based it sure can.

Let’s say municipal authorities mess up and fail to properly prune a string of Bayan trees and generating a safety hazard to the aunties that regularly cross the street on their way to the market. Probably reporting on that can raise enough awareness to lead municipal authorities to take care of the situation.

They might get annoyed at the criticism, after all, they probably have a lot of work to do, might be short on gardeners or believe they are regularly the target of angry citizens without justification. Still, they are public servants and as long as they solve the problem, they can get angry privately all they want.

Some people believe it is the “way you criticise” that matters not the criticism itself. They might say if an employee messes up calling them stupid might be counterproductive as it can just cause him to become defensive or resentful.

Others might say since he is an employee, not a friend, he should be able to take direct criticism and improve from it. It’s all a matter of how you think that person might become more efficient considering their personality.

Taking criticism can be a difficult thing. People might take it personally and think it is unwarranted and unjustified. People yes. A government is a different thing.

I once heard that becoming a politician and not being able to handle criticism is like going out to the rain and expecting not to get wet. Criticisms sometimes are in the eye of the beholder. What can be considered a mild critique by some people could be considered a savage attack by more sensible people.

Some media will sometimes be labelled as “too aggressive” or “reckless” for allowing divergent voices to some public policy even if it is well-intentioned or consistent criticisms. They will be labelled as too “negative” and “counterproductive”.

Chinese emperors – at least the most successful ones such as Kangxi who reigned from 1661 to 1722 – sometimes warned against surrounding themselves with sycophants and mindless praise as something that dulled the leader’s capacity to reign efficiently.

In an excerpt of his diary, Kangxi describes when in 1711 he appointed an official named Ch’en as the governor of Kwangsi, and his annoyance with the first report his new appointee sent back to the imperial city:

“In the beginning, his memorandums were too long and inadequate. In one instance he even sent me a report claiming a Chih lichen with magical properties had been found on the top of a mountain under a fragrant cloud, an unmissable sign of the emperor’s virtue and of his longevity […]. I responded such omens are of little use to the country’s governance, and that the best omens are good harvests and having the people content. His memos became shorter, the magical lichen vanished and he became a reasonable governor”

To me, this is a good example of a no non-sense leader with enough confidence and thick skin to handle hard truths and use them to improve his governing.

Hard truths are hard to swallow after all, but a well-intentioned friend who is not afraid to call your attention to something is a more prized asset than the endless praises of an acquaintance with self-interests in mind.

We all know the Chinese character prizes subtle and polite criticisms as opposed to more direct and confrontational approaches. So directly or pleasantly, just get municipal authorities to trim those damn trees properly.