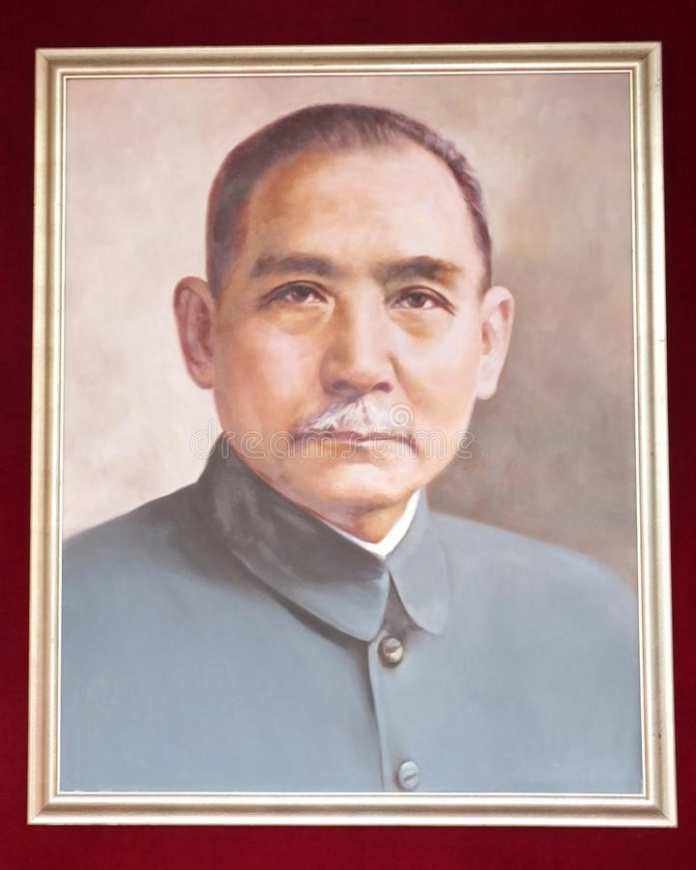 The different interpretations made by the leaders of the Communist Party of China (CPC) and the Kuomintang (KMT) on Sun Yat-sen, the father of the 1911 revolution, on October 10 showed that the divergent positions between the CPC and KMT persist with significant implications on how the two sides can bridge their differences in the coming years.

On October 11, an important speech was made by President Xi Jinping, who is also the General Secretary of the CPC and the Chairman of the Central Military Commission, on the 150thbirthday of the father of the Chinese revolution in 1911, Dr. Sun Yat-sen. President Xi firstly praised Sun as the “great national hero,” “great patriot” and “great precursor of the Chinese democratic revolution (Xinhua, October 11, 2021).”  Sun, according to Xi, made huge contributions to China by not only opposing imperialism and the feudal system but also participating actively in revolutionary activities, such as the establishment of the Tongmenghui (Chinese United League) and the advocacy of the ideas of nationalism, human rights and the people’s livelihood. Under Sun’s leadership, according to Xi, the 1911 revolution could become successful. Moreover, Sun opposed the warlords who divided China into different parts and he “resolutely protected the national integrity and unity of the democratic and republican system.” Xi stressed that Sun Yat-sen “sincerely cooperated with the members of the CPC” to develop into a new ideology of collaborating with the Soviet Union, working with the CPC, and assisting the peasants and workers for the sake of reorganizing the KMT and promoting the success of the war against warlords. President Xi’s speech covered a lot of Sun’s achievements, including the slogan of “reviving the Chinese nation” and the principle of “constructing the Chinese revolution.”

Then President Xi turned to the connections between the CPC and Sun Yat-sen by emphasizing that the CPC is “the most resolute supporter” of Sun. The CPC is “the sincerest collaborator and the most loyal successor,” inheriting the incomplete enterprises of Sun by acquiring the revolutionary victory of the new democratic revolution, by establishing the People’s Republic of China (PRC) which treats the people as the “master,” by realizing national independence and the people’s liberation, and by continuing to lead the Chinese people to struggle and to set up a socialist system. In other words, the CPC has become the legitimate successor persisting in the Sun Yat-sen thought and enterprises.

Xi added that, under the CPC leadership, the Chinese people made tremendous progress in the path towards socialism – an achievement that astounds the world. China is, according to Xi, becoming far more confident than ever before to achieve the goals of developing the socialist revolution.

President Xi appealed to the Chinese people to learn from Sun Yat-sen on how they can become “patriotic.” Specifically, Sun Yat-sen, according to Xi, had “a high degree of national dignity and self-confidence without being outdated and without blindly believing in the West.” In other words, Sun Yat-sen wanted to carve a developmental path suitable to China, meaning that the governance of China’s society and politics must be different from the West.

Then President Xi in his speech shifted to the success of the CPC in guiding China toward the path of revival through the promotion of patriotism. He said: “We have to enhance the self-confidence in the path of socialism with Chinese characteristics, self-confidence in theories, self-confidence in system, self-confidence in culture so as to protect the path of socialism with Chinese characteristics and to build up our great country.” Xi appealed to the Chinese people to learn from Sun Yat-sen’s ideas of “treating the world as for everyone” and of concentrating on the energies of the people to build up the foundation of any enterprise. Then President Xi skillfully turned his speech to the role of the CPC, which “wholeheartedly” put the people at a high priority, which stands together with the people, and which promotes reform and development along the direction of common prosperity.

Clearly, the speech delivered by President Xi attempted at legitimizing and consolidating the role of the CPC in inheriting Sun’s political ideals and completing Sun’s vision and mission for China.

The think tank and drafters of President Xi’s speech quoted Sun Yat-sen’s hope that “China as a united nation is deep-rooted in the historical consciousness of China,” and that “national reunification” would achieve the well-being of the Chinese people. Therefore, President Xi added that “reunification” is the “basic interest of the Chinese nation,” and that “reunification is an irresistible historical tide.” He then appealed to the Taiwan comrades from any Taiwan party, group and individual to accept the “1992 consensus,” to oppose “Taiwan independence” and to achieve reunification. Reversely, China “does not allow any people, any organization or any party to divide the Chinese territory” at any time and at any format” – a quotation that interestingly was emphasized by some Hong Kong media.

President Xi then referred the audience to the national reconstruction plan written by Sun Yat-sen from 1917 to 1919. Sun mentioned the need to repair railroads from the eastern board to the western regions, and the necessity of building up China’s electricity, dams, water supplies, agriculture, manufacturing sector, mining industry – ideals that were eventually accomplished by the CPC as President Xi said. In other words, Sun Yat-sen’s vision of “an independent, democratic, wealthy nation” has already been “entrenched in the eastern part of the world.”

President Xi linked Sun Yat-sen’s vision with Mao Zedong’s remark that China would contribute significantly to the mankind, and with Deng Xiaoping’s comment that the Chinese would need to be “ambitious and forward-looking” once the nation is becoming strong, namely the need to construct world peace and to create peaceful development with other peoples and countries in the world.

Obviously, the drafters of President Xi’s speech made use of Sun’s vision, saying that China not only achieved it but also aims high at achieving world peace for the mankind.

The final section of President Xi’s speech was important as it appeals to all the Chinese people, including the mainland comrades, Hong Kong and Macau comrades, Taiwan comrades, and overseas Chinese to unite and to grasp the historical opportunity to persist in the enterprise of great revolutionary Sun Yat-sen.

In a nutshell, the task of reunifying Taiwan is left for the CPC and the Chinese people to realize and to cooperate. The ingredient of China’s united front work can be easily seen.

China’s official interpretation of Sun Yat-sen is therefore characterized by the emphasis on the CPC’s role in inheriting the legacy of Sun Yat-sen, its success in achieving Sun’s vision and mission for China, and its persistence in dealing with an incomplete vision, namely, national reunification. The entire speech delivered by President Xi Jinping was skillfully written and deliberately targeted mainly at the Taiwan comrades.

Interestingly, on October 10, the new KMT chairman Eric Chu delivered a relatively short speech on Sun Yat-sen’s 1911 revolution. Chu made several important points. First, he said that the two sides of the Strait should respect each other mutually, conduct exchange, and “protect freedom and democracy” – the “basic spirit” that should be held by the two sides (Liberty Times, October 10, 2021). Second, he said that the Republic of China (ROC) remains “standing without oscillation” amid turbulent winds and rains, and that the KMT stands in the forefront of the people to work hard for the land of Taiwan. Third, Chu said that “we are and will be forever the believers of Mr. Sun,” protecting freedom, democracy, peace and prosperity. Fourth, Chu appealed to the Taiwan people to join the KMT to work hard for the island and to protect its freedom and democracy. Fifth, Chu criticized the ruling DPP for the need to respect public opinion rather than “distorting” the history of the ROC instead of just doing things for the sake of maintaining powers and positions. Sixth, he said that Hong Kong as a place which got Sun Yat-sen’s ideas “shoulders a great burden” because of “the quest for basic universal suffrage (Liberty Times, October 10, 2021).” Seventh, Chu appealed to the mainland Chinese side to “coexist” with Taiwan while “respecting differences.” By respect, Chu referred to the need to respect “the existence of the ROC” and to “respect freedom and democracy.” Yet Chu added that “while the ROC is absolutely opposing Taiwan independence, it also opposes the ‘one country, two systems.’”

Objectively speaking, Chu’s criticisms of the ruling DPP was mild, but his appeal to the mainland side to “respect differences” and to harp on the same theme of protecting “freedom and democracy” shows differences with the PRC side. The most glaring difference between the KMT side and the CPC is that while the former rejects any model of “one country, two systems,” the latter remains adamant in using the concept to appeal to the people of Taiwan for reunification.

If so, what are the implications for the CPC-KMT relations in the coming years? First, both sides must use the 1992 consensus to strengthen dialogue and communications. Second, a more concrete solution on the Taiwan model of “one country, two systems” must be hammed out by the mainland’s think tanks, not to mention that the image of “the one country, two systems” has been undermined by the developments in Hong Kong from the perspective of many Taiwan comrades.

In conclusion, the ways in which President Xi Jinping and KMT chair Eric Chu interpreted Sun Yat-sen were politically significant. At a time when the ruling CPC in the mainland is politically self-confident, and at a juncture when the KMT as a weak opposition party in Taiwan remains adamant in its view toward the “one country, two systems,” it remains a real challenge for the mainland’s think tanks and experts on Taiwan affairs to hammer out the details of the Taiwan model of “one country, two systems” so that more Taiwan comrades will take the idea far more seriously than ever.