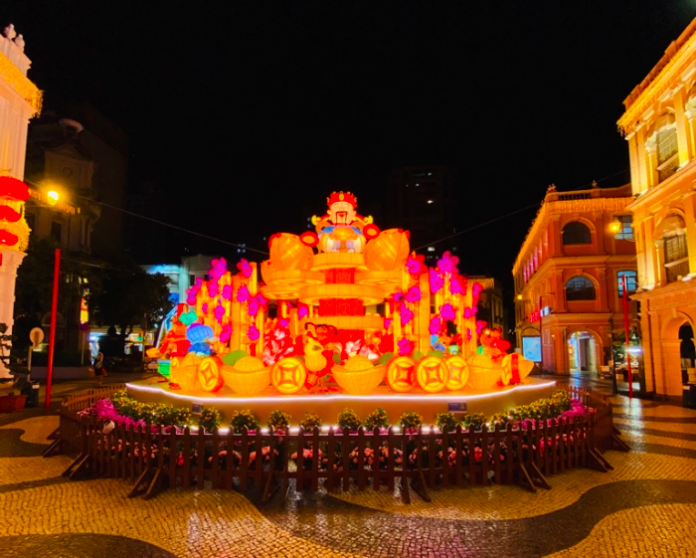 I want to start by apologizing to the Public Security Police Force. I apologize because I’m sure on that fateful night of June 4 they would surely prefer to be using their time and efforts to prevent actual crime.

I’m sure the men and women in blue that comprise the local CPSP would have loved to put their efforts into preventing domestic violence cases, maybe arresting some members of loan sharking groups or even issuing parking tickets to some VIP punter who double parked his Maserati in an area reserved for people with disabilities.

I’m sure the loyal and duty bound CPSP officers would even definitely prefer to be maintaining order near a local pharmacy where residents line-up to buy their respective health masks, maybe suppressing some prostitution or criminal operation in a local spa or just making sure traffic operates smoothly in Horta e Costa.

I’m definitely sure they would probably prefer to have their extra time spared so that they could spend some time with their families and loved ones.

However, I’m sorry they had to be dragged into a wild goose chase to prevent a non-existent illegal protest in Senate Square, on that June 4 night.

Instead what we had was about 30 officers holding their own gathering in the old city center searching for anyone that remotely looked like they had something politically sensitive to express. You could probably see it in their eyes.

The poor local residents and usual Filipino workers on their work break had to have their IDs checked and had to step aside from the square as police swept the area for anyone looking like they could be disturbing social harmony.

They searched so much they ended finding some, they found two women, the daughters of legislator Au Kam San, taking a photo near San Dominic’s Church, holding artificial candles and a book on a sensitive topic to sensitive ears.

The two women were so threatening and suspicious they warranted a trip to a police precinct and possible charges of public disobedience for holding an illegal gathering which are currently under evaluation at the Public Prosecutions Office.

Two sisters going home after an indoor vigil held after refusal was given to its annual location in the Senate Square, over public health concerns that it might create new Covid-19 cases. Now they are possibly facing a criminal record that could lead to as much as two years in prison.

Hopefully not just a revenge for ‘crime’ committed by their father, one of the residents responsible for the vigil held with no fuss for almost 30 years.

The next day I witnessed something I honestly had not witnessed so far. Another one of the three weekly press conferences on the pandemic containment efforts had started and one could expect some questions on the matter to the CPSP spokesperson attending.

The local English and Portuguese language media has for a while carried a label that one could describe as the, “unpolite troublemakers” that always ask the ‘naive’ and ‘unreasonable questions’.

However, what I witnessed this Friday was the grilling of a police officer from local Chinese language media on a scale I don’t recall having seen before. It showed me that maybe this issue is as ridiculous as it seems.

That same day an association entitled the Youth Cultivation Association organized a bus parade to support the national security legislation aimed at Hong Kong, with 40 members and citizens taking part in the event, and holding posters in support of the legislation in several locations in the city, including the Macau Science Center and the Macau Tower.

As local citizens they of course have the right to express their political views. So much so they don’t even need to notify the police of their gatherings, a necessity so vital it seems to us, after all two people even get charged with public disobedience for standing in a square.

Macau people are not stupid and double standards are not that hard to see if you put your mind to it. Let’s hope common sense prevails and prosecutors will have the common sense to dismiss charges that could be the textbook definition of a ‘storm in a teacup’.

We live in tense and heavy times but Macau is better than the excessive and authoritative zeal we experienced last June 4 night, where one or two people can already be considered an illegal gathering if you really really want to.

Again I want to apologise to the CPSP officers. They really have better things to do with their time.