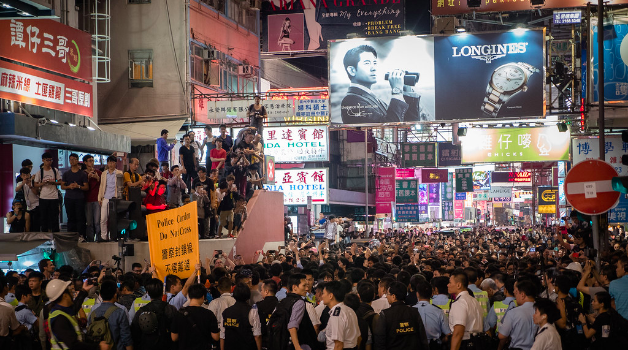 The emergence of almost a million protestors against the amended Fugitive Offender’s Ordinance in Hong Kong on June 9, followed by police-protestors confrontation on June 12, the bill’s suspension by Chief Executive Carrie Lam on June 15, and then her public apology on June 18 demonstrated not only political chaos but also a disunited front of pro-government and pro-Beijing forces in the special administrative region.

Beijing as the central government felt embarrassed because the events on June 9 and 12 became not just the spotlight of international media attention but also one of the topics to be raised by US President Donald Trump in his meeting with President Xi Jinping in the G20 meeting.

It was widely reported that Carrie Lam’s decision to suspend the bill was made on June 14 when she went to Shenzhen to meet Han Zheng, the head of Beijing’s coordination committee on Hong Kong affairs. Unconfirmed reports said she was criticized for her administration’s handling of the bill.

What was most interesting was that Beijing’s officials, including the Chinese Ambassador to United Kingdom, denied that the central government was the initiator of the bill, deliberately distancing the responsibility of the political chaos from the Hong Kong leadership.

Carrie Lam herself admitted publicly that the Hong Kong government initiated the bill, but she revealed that Beijing was consulted in the second round of amending the bill, including the role of the mainland’s Supreme People’s Court in issuing documents to request extradition and the possibility of the Hong Kong people who commit crime in the mainland to return to Hong Kong to serve prison sentences.

The entire saga was politically significant in many aspects, including the tremendous outpour of public fear and anger, the strong reactions from the legal community, the cracks of a disunited pro-Beijing front and the failure of the legislature in bridging the gap between the government and opposition.

Added to this the role of the Liaison Office in backing up the bill, the concerns of many foreign countries, the reactions of Taiwan authorities, the absence of political risks assessment made by Hong Kong officials, the clumsy way in which Carrie Lam and her advisers in coping with the entire crisis, and the controversial responses of the police to some protestors on June 12.

First, although the amended ordinance would not transfer criminal suspects from Hong Kong to the mainland on political grounds, many Hong Kong people were so frightened that they saw the bill as a serious threat to their existing civil liberties. The term “handling (you) to China (sung chung in Cantonese) illustrated how the democratic opposition portrayed the gist of the bill.

The government officials failed to explain the rationale behind the bill, only harping on the same themes that it aimed at dealing with the alleged Hong Kong murderer who killed a Hong Kong girl in Taiwan, and that it would plug the “loopholes” of not having extradition arrangements with the mainland and many other countries. But for many Hongkongers, the bill appeared to undermine their freedoms and they deeply distrusted the mainland legal system.

The strong reactions of the legal community showed the problematic nature of the bill. The silent protest of some 3,000 local lawyers against the bill undermined the Hong Kong government’s legitimacy, stimulating more young people and other citizens to take to the streets on June 9.

For many lawyers, the amended bill was put out in a hurried manner with numerous gaps. Some criticized the sweeping nature and content of the bill instead of focusing on the Taiwan case alone. Others questioned why extradition arrangements were suddenly extended to the mainland. Most local lawyers saw the mainland legal system as problematic, distrust the mainland’s legal reforms and see the bill as undermining the rule of law in Hong Kong.

Most interestingly, the pro-government camp was in disarray. The business community had strong reservations about the bill, prompting the government to make nine amendments to appease the anxiety of some business people.

The pro-government Democratic Alliance for the Betterment and Progress of Hong Kong (DAB) brought the parents of the murdered victim in Taiwan to meet the Chief Executive, who was reportedly moved by the case, thus triggering the initiation of the bill. Yet, when Carrie Lam apologized to the members of the public for the bill and retracted it from the legislature, a few DAB members were reportedly angered and just interested in the possibility of losing their directly elected seats in the forthcoming November district council elections.

The image of a minority of DAB members was tarnished in the eyes of their critics. Interestingly, a member of the Executive Council openly criticized the Chief Executive, asking her to make an apology on June 16. If collective responsibility is a principle of the Executive Council members, the sudden isolation of Carrie Lam was a corroboration of the disunity among the pro-government elites.

The entire saga was precipitated by endless disputes and hopeless deadlock within the legislature, which is supposed to play the role of bridging the communication gap between the government and the opposition.

Sadly, the legislature failed to do so. Hyperpoliticization, polarization and confrontation became the features of legislative politics, meaning that the government and its supporters saw the democratic opposition as political enemies without the need to make compromises.

The Liaison Office in Hong Kong did back up the government over the bill, and its mouthpieces appeared to see the saga as a conspiracy of foreign countries with the collaboration of democratic oppositionists.

Such a view, however, appeared to perpetuate a huge gap between pro-government forces and the democratic opposition, exacerbating a vicious cycle of political impasse, hyperpoliticization and zero-sum view of politics.

Ideally, Beijing should perhaps send an independent delegation to Hong Kong to look into the complexities of the entire dispute, just like a batch of mainland researchers who were sent to Hong Kong to investigate after half a million people protested against the government on July 1, 2003.

Nor were the concerns of foreign countries addressed effectively by the Hong Kong leadership. Foreign countries were afraid of the possibility that some of their enemy countries would use the amended ordinance to request extradition of their citizens who stay in Hong Kong, thus endangering their national security interest.

Interestingly, the Taiwan government claimed that it had approached the Hong Kong counterpart three times over the murder case, but there was no response from the latter. The amended bill did not get the support of Taiwan, whose pro-independence ruling party grasped the chance to regard the bill as a failure of the “one country, two systems.” The failure of the bill in getting Taiwan’s support undermined its own objective of dealing with the Taiwan murder case.

It was quite shocking to witness the lack of political risks assessment by the Carrie Lam administration over the bill’s consultative and legislative processes. Perhaps this absence of political sensitivity pointed to the socialization of some former senior civil servants, who in the past did not have to undergo training in politics.

Perhaps it demonstrated the lack of political advisers who gave good advice and policy options to Chief Executive Lam. The entire saga appeared to repeat the political earthquake of the failure of legislating on Article 23 of the Basic Law in July 2003, when half a million people were provoked to protest on the streets, directly or indirectly leading to the later resignation of Chief Executive Tung Chee-hwa.

What was shocking in the 2019 crisis was that none of the principal officials appointed by Carrie Lam resigned in the immediate aftermath of June 12 confrontation. Yet, principal officials are ideally supposed to adopt the practice of ministerial resignation when Tung introduced it in 2002 to protect the Chief Executive.

Rather, in the 2019 crisis, Chief Executive Lam shouldered all the individual responsibilities and apologized in writing on the night of June 16 and then offered verbal apology on June 18. Strictly speaking, the predicament of Lam from June 16 to 18 illustrated the immaturity and failure of the Principal Official Accountability System.

Unlike 2003, the 2019 saga points to the controversial role of the police in their handling of protestors. Critics of the police have said that the police applied excessive forces on June 12 by utilizing rubber bullets shotguns and teargas cannisters, but the police commissioner explained that some violent protestors attacked the police and that such actions were necessary.

Some democrats suggested the need for the government to set up a commission of inquiry, just like what the British colonial administration did in the Kowloon disturbances in 1966. The immediate use of the term “riot” by the police to refer to some protestors on June 12 angered many young people, who were apparently alienated further and who were stimulated to protest in massive numbers on June 16. Four police associations opposed the idea of setting up any commission of inquiry to look into the police use of force on June 12. The controversy over the police handling of protestors has led to a continuous tug-of-war between some young people and the Lam administration. After all, some young people were deeply unhappy with their experiences in the failure of the 2014 Occupy Central Movement, the outcome of the 2016 Mongkok riot, and the disqualification of two legislators-elect and four democratic legislators from November 2016 to July 2017. Many young localists were politically alienated and saw the police as an instrument of an increasingly “repressive” regime since the late 2014. Some democrats also found the absence of numbers on the shoulders of some police from the special anti-riot unit as unacceptable and vow to pursue the police for accountability.

The suspension, and de facto withdrawal, of the bill dealt a severe blow to the legitimacy and capacity of the Hong Kong government. It is urgent for the pro-government forces to repair the damages by having more constructive dialogue with the democratic opposition.

The political wounds left by this saga cannot be easily healed, especially as some people see the police handling of protestors on June 12 as a symbol of “authoritarianism.” The central government in Beijing is surely unhappy with the political crisis in Hong Kong, because the “one country, two systems” is aimed at wooing Taiwan into the Beijing’s economic and political orbit.

But the debacle over the extradition bill had the unintended consequence of stimulating the increasing popularity of the ruling Democratic Progressive Party in Taiwan.

Although the people power did lead to the withdrawal of the extradition bill, showing the triumph of pluralistic politics, the Hong Kong government’s inept handling of the entire extradition bill not only made Beijing lose its face, but it also calls for the urgent need for the Chief Executive and her supporters to heal the profound political wounds in Hong Kong – a very challenging and difficult task in the short and medium term.