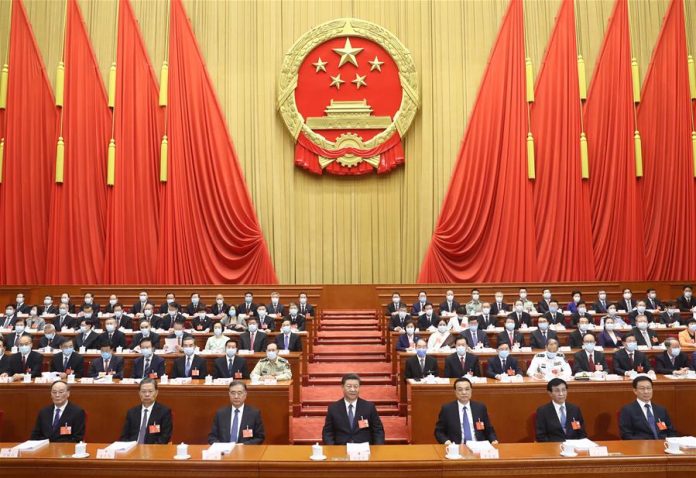 On May 22nd,  a draft decision announced by the Standing Committee of the National People’s Congress (SCNPC) on the establishment of a national security law and institution in Hong Kong has significant political, social, legal and policing implications for the Hong Kong Special Administrative Region (HKSAR).

First and foremost, the SCNPC deputy director Wang Chen made a very significant comment that, from Beijing’s perspective, Hong Kong witnesses activities that “undermine national reunification and split the country” together with “foreign and external forces that openly intervene in Hong Kong matters.” He referred to the violent protests in 2019, including the illegal activities that desecrated China’s national flag and defaced the national emblem at the Liaison Office building. Moreover, the foreign and external forces that supported and assisted the protestors in Hong Kong were denounced by Wang, showing Beijing’s anger and its determination to counter all these “foreign and external” actions by making the decision on the need for the national security law and institution in Hong Kong later.

Wang’s remarks implicitly criticized the HKSAR government for its failure to legislate on Article 23 of the Basic Law, a phenomenon that could be traced back to July 2003 when the Tung Chee-hwa administration shelved the legislation indefinitely after half a million people’s protests. But the anti-extradition protests in the latter half of 2019 convinced Beijing that its direct intervention in the HKSAR is necessary, for the HKSAR government is perceived to be “weak” in its legislation on Article 23.

Coincidentally, the HKSAR Chief Executive, Carrie Lam, admitted on May 22 that she did not foresee the possibility of an easy passage of a legislation on Article 23 of the Basic Law, a remark acknowledging the difficulties faced by the Hong Kong government.

The decision is going to be passed by the National People’s Congress during the session, likely on 28th and detailed drafting of the national security law will begin. Later, the legislation will be approved and announced by the SCNPC, followed the Hong Kong government’s action of promulgating it.

Some foreign countries express deep concerns about Beijing’s decision to legislate for Hong Kong directly and put it into Annex 3 of the Basic Law. The Chinese Foreign Ministry criticized these foreign countries of intervening in China’s domestic affairs.

Politically, although Beijing did not send the People’s Armed Police, which was dispatched to the Shenzhen border, into Hong Kong during the apex of the Hong Kong protests in 2019, it sees the violence in the HKSAR as unacceptable and a serious threat to its national security.

Objectively speaking, many observers forget that China set up its central-level National Security Commission in November 2013 to deal with domestic security issues. The March 2014 terrorist attack at the Kunming railway station and later the Occupy Central Movement in the HKSAR from September to December 2014 heightened the national security sensitivity of the Chinese leadership.

The Hong Kong situation deteriorated further in 2019 when many citizens revolted against the extradition bill. Wang Chen on May 22ndmentioned that Hong Kong in 2019 threatened the “economic security” of China, implying that the extradition bill originally had the intention of chasing those corrupt mainland people who laundered money and who stayed in the HKSAR.

Since Xi Jinping came to power in November 2012 as the General-Secretary of the Chinese Communist Party (CCP), national security has embraced not only regime and political security, but also economic security, environmental security, food security and cultural security. The concept of national security has become comprehensive, illustrating President Xi Jinping’s regime concerns about the CCP legitimacy and longevity. As such, some Hong Kong protestors who participated in the 2014 Occupy Central Movement and the 2019 protests might not be aware that their activities challenged the CCP legitimacy.

Once the national security law is crafted and announced by Beijing later and promulgated by the HKSAR government, Hong Kong protestors who commit illegal activities would run the risks of being penalized severely.

Socially, many Hong Kong people are so concerned about their civil liberties that public enquiries on emigration jumped by fivefold immediately after the draft decision was reported on May 22. Parents of middle-class background may be so afraid of their children being affected by their peers to participate in public protests that many of them begin to toy with the idea of emigration. A new wave of emigration out of Hong Kong will likely take place soon, although the Chinese government and local pro-Beijing elites assure the people of Hong Kong that the national security package aims at targeting a minority of “troublemakers” rather than the masses.

Legally, the national security law will embrace four main areas of secession, subversion, foreign intervention and terrorist activities, areas that seem to be narrower than the Article 23 of the Hong Kong Basic Law. However, secession and subverting the “national regime” are overlapping with Article 23, while the term “national regime” is perhaps much broader than the term “subverting the central government.” If so, the national security law will likely cover all those illegal activities that target at the “national regime,” which may include not only the central government and its representative office in Hong Kong but also its state-owned enterprises and the HKSAR administration.

The area of banning foreign intervention will likely be broad, encompassing those foreign organizations that assist or financially support local political groups and organizations. As such, there may be some degree of overlapping areas with Article 23 of the Basic Law, implying that Beijing does not really expect the HKSAR government to be able to legislate on Article 23 easily at least in the short run.

The ban on terrorist activities will also likely be broad, especially in view of the Hong Kong police’s recent public comment that “home-grown” terrorism has emerged.

It remains to be seen how the Hong Kong police will implement the national security law. The decision mentions the need for Hong Kong to strengthen its law-enforcement authorities. As such, it was logical why the local police requested to have more manpower and resources.

However, it remains to be observed whether the new national security law for Hong Kong would designate only those Hong Kong judges without foreign citizenship to deal with national security cases. The decision on May 22ndcalls for the Hong Kong judiciary to carry out the national security law effectively. Given the mainland distrust and criticism of some foreign judges in Hong Kong’s courts, as reported frequently in the mainland social media in the latter half of 2019, there may be a likelihood that foreign judges with foreign citizenship would perhaps be excluded from dealing with security-related cases in the HKSAR in the future.

In short, given the unacceptability of political violence in the 2019 protests in Hong Kong, Beijing has no choice but to opt for its direct legislation for a Hong Kong version of national security law, assuming that Article 23 of the Hong Kong Basic Law would not be legislated easily. Its content and implementation will remain to be observed further.