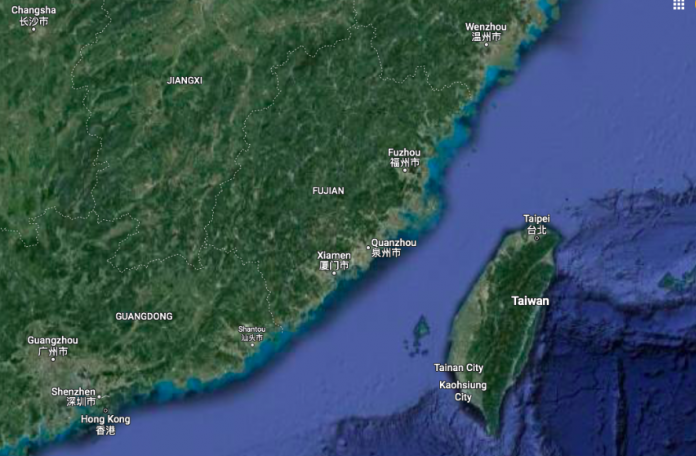 From a long-term strategic perspective, the political future of Taiwan will likely witness three scenarios: (1) peaceful reunification with the People’s Republic of China (PRC); (2) a combination of China’s use of force followed by a peaceful negotiation process with Taiwan; and (3) a forceful takeover of Taiwan. These three scenarios will be contingent on three main factors: the PRC policy toward Taiwan, the position of the ruling Taiwan authorities, and the responses from the US and its allies.

In the most ideal scenario, a peaceful solution to tackling Taiwan’s political future remains possible, but it is contingent on, firstly, whether the ruling authorities on Taiwan really accept the 1992 consensus, namely there is only one China, but the meaning of what China means is open to the two sides’ interpretation. If the ruling authorities on Taiwan accept the 1992 consensus, the door of cross-strait negotiations will open smoothly, paving the way for a stage-by-stage process as suggested in the recent White Paper published by the PRC government. The crux of the problem is that the ruling Democratic Progressive Party (DPP) currently lacks a skillful policy toward mainland China, while the Kuomintang (KMT) remains divided although some members of the dark blue camp have been acting as the go-betweens mediating the PRC side and the hardliners on Taiwan’s political scene.

The most troubling phenomenon of Taiwan’s political future is the assumption of the DPP authorities, who believe that the continuous internationalization of the island’s status and a military alliance with the US can act as an “effective” deterrence against the mainland.

Unfortunately, this assumption is problematic and provocative to the mainland side. Compounding the current impasse is the US policy of confrontation toward China. Open disagreement between the US and the PRC without sufficient middlemen is pointing to a deadlock over Taiwan’s political future, unless the US side facilitates a dialogue between the two straits, and unless a third country – perhaps Singapore – may be able to act as an intermediary promoting the dialogue between the KMT and DPP moderates on the one hand, if not DPP hardliners, and the mainland side on the other.

Yet, the complexity is that the DPP moderates see the KMT as their political foes, accusing the KMT blue camp of bowing to the mainland side. Political distrusts and deep divisions in Taiwan’s domestic politics have made political reconciliation and dialogue between the Taiwanese side and the mainland counterpart very difficult.

At present, the KMT remains electorally weaker than the DPP. As such, if the early 2024 presidential election in Taiwan would continue to envisage a DPP victory and monopoly, and if the DPP does not change its policy toward the PRC, a deterioration of cross-strait relations can be boldly anticipated from early 2024 onwards. The year 2024 would be a highly sensitive year, especially if the US presidential election will be held in November. Militarily speaking, the presidential election in the US would perhaps present an opportunity for the mainland Chinese side to settle the Taiwan issue quickly and perhaps forcefully.

The second scenario is a combination of force and compromise. The mainland may, theoretically and practically speaking, launch a swift military “attack” on Taiwan and economic blockade of the island, thereby forcing a quick political settlement. The crux of the problem is whether the PRC military would have the capability of launching a rapid and an effective “recovery” of Taiwan. Compounding the problem is whether the Taiwan military and resistance would be strong enough to deter such “attack.” However, the Taiwan military remains relatively weak, even though some hardliners in the military and society would perhaps resist.

In the second scenario of combining force with a quick settlement, the DPP hardliners and radicals would likely encounter the possibility of arrest and punishment, unless they change their positions and unless a “partial amnesty” would be considered by the victorious power from the mainland.

Yet, the experience of Hong Kong after the anti-extradition bill protests has shown that even a “partial amnesty” can be very difficult for any law-offenders, who have to be imprisoned due to their violation of the law.

It would be unlikely to witness the military intervention from the US in case the PRC adopts a forceful solution in Taiwan. The US has been supplying weapons to Taiwan for the sake of deterring the mainland Chinese “threat.” However, it remains unlikely that the US would help “defend” Taiwan in case of a mainland forceful solution.

The worrying actor would rather be Japan. In a recent visit to Beijing, Japan’s national security adviser Takeo Akiba expressed the Japanese side’s opposition to the way in which the PRC has been dealing with Taiwan, including the military drill and exercise, and the arrival of five Chinese missile at Japan’s “exclusive economic zone.” Japan was also unhappy with the Chinese maritime vessels going into the waters of the Senkaku Islands (Diaoyu Islands in Chinese), which remains a bone of territorial contention between Japan and China. In case of a sudden mainland use of force to settle the Taiwan issue, it can be anticipated that Japan would react even more rapidly and strongly than the US.

Despite the open megaphone diplomacy between the US and China, it is highly doubtful whether the US would deploy its military in Hawaii or Asia to “defend” Taiwan vis-à-vis the PRC’s military takeover.

The scenario of combining force with a quick settlement on Taiwan will also depend on (1) whether the PRC would rely on the KMT blue camp to govern Taiwan, (2) whether it would “punish” the DPP radicals and other hardliners on the island, and (3) the reactions of the Taiwan people to such forceful takeover. Although public opinion in Taiwan shows that 50 percent of the population are against the mainland Chinese military drills, it is possible that many Taiwanese would prefer to accept a peaceful settlement quickly after a forceful takeover. Stability and peace appear to be the priorities in the minds of an overwhelming majority of the Taiwanese.

However, one thing would be certain in case of a combined forceful and quick settlement, some Taiwan hardliners would likely resist. Some may flee the island republic. The length of time of pacification by the mainland Chinese military would emerge as a challenge.

The Ukrainian conflict with Russia shows that the Russian leadership overestimates its own military might and underestimates the local resistance. In case of a scenario of combined forceful and quick settlement, whether military force deployed by the mainland would be a prolonged one similar to the example of the Ukrainian-Russian conflicts remains to be seen. However, given the frequent occurrence of military accidents in Taiwan, it appears that the Taiwan military is relatively weak. Of course, both the militaries on the mainland and Taiwan have been untested in their fighting capabilities for many years – a unknown factor that will unveil and shape the developments of any military conflicts if a peaceful solution would be exhausted from the mainland perspective.

The third solution would be a forceful takeover with a prolonged period – a scenario that would not like to be envisaged by the Chinese in the mainland, Taiwan and all over the world. This scenario, however, would be quite unlikely if other countries intervene as mediators. Singapore is well positioned to be a go-between, given its historical record of providing a useful and neutral platform for the KMT under Ma Ying-jeou’s presidential leadership to reach a peaceful consensus with the Chinese Communist Party lead by Xi Jinping in November 2015.

In fact, Ma Ying-jeou remains the most influential middleman who can and will likely break the political impasse between Taiwan and mainland China. The problem is that neither the DPP nor the US side so far recognizes his tremendous potential to be an effective intermediary between the Taiwan side and the mainland side. A psychological and political barrier exists in Taiwan: those who interact with the mainland authorities are bound to be politically “coopted” against the interest of the Taiwan side. Nevertheless, this assumption is wrong if Taiwan wishes to have a genuine peaceful solution and coexistence with the mainland.

One big problem between the mainland and Taiwan sides is how both parties would negotiate a stage-by-stage process of a peaceful reunification. The White Paper published by the PRC has already mentioned the need for a stage-by-stage process – a breakthrough opening the door to negotiation and mutual concessions. For example, if the first stage is characterized by the Taiwan side accepting the 1992 consensus, this can be exchanged with the mainland side renouncing the use of military force to settle the Taiwan issue. Once these concessions are exchanged, other matters would be solved gradually.

Still, a predictable hurdle on both sides is how to handle the content of a Memorandum of Understanding (MOU), if not necessarily an agreement between them. If the Taiwan side is ideally composed of a coalition including the KMT blue camp and some DPP moderates, such MOU would arguably not have to be deliberated and approved by the Taiwan Legislative Assembly. However, a more formal agreement would trigger the demands from some hardline Taiwanese that it would have to be discussed, debated and voted in the Taiwan legislature – a politicized process that would stick to democratic procedures but would not be conducive to a quick and an effective settlement bringing about permanent peace.

A MOU producing the main principles dealing with the Taiwan future would be the most ideal first step, followed by a longer negotiation process in the second stage about Taiwan’s participation in international organizations and even the status of the Taiwan military. The White Paper has not mentioned the question of Taiwan’s military, but if there were a peaceful solution on Taiwan’s future, it can be boldly predicted that the island would likely have its own military, a scenario perhaps subject to some conditions.

In conclusion, it can be boldly predicted that there will be three main scenarios between mainland China and Taiwan. The evolution of these scenarios will depend mainly on the policy of the ruling authorities on Taiwan. If the 1992 consensus were accepted by the Taiwan authorities, then a breakthrough would be made. If not, a solution that would entail force from the mainland would perhaps be a matter of time. The external actors, such as US, Japan and Singapore, will also play a key role in shaping the ways in which cross-strait relations will evolve. If the US reins in some Taiwan radicals who continue to provoke the mainland, and if it understands the importance of utilizing the KMT heavyweights as an intermediary, a breakthrough in cross-straits relations would still be possible. Japan, on the other hand, would likely feel very uncomfortable if any force would be used by the mainland side to settle the Taiwan issue. Singapore would likely play a key role in not only providing a neutral platform for a dialogue between a coalition of KMT and DPP moderates, but also intervening in a critical moment to help bringing about a peaceful settlement. With the publication of the White Paper by the mainland, Beijing’s determination to settle the issue of Taiwan is clear and unquestionable. The timing of such settlement will likely occur in the coming years, if not decades.