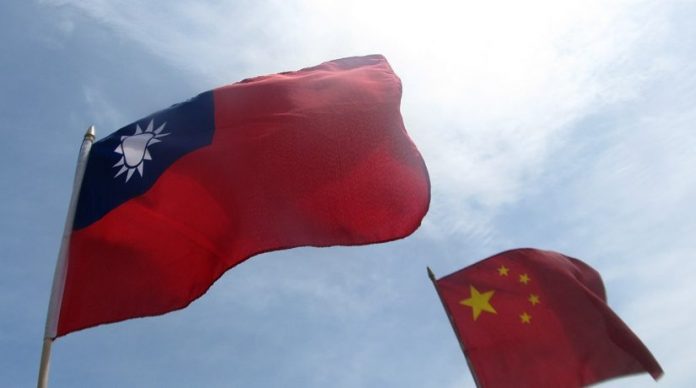 The defeat of Kaohsiung mayor Han Kuo-yu in the recall vote on June 6thhas profound implications for Taiwan politics and Beijing-Taipei relations.

Han was removed after 939,090 Kaohsiung voters cast their ballots in support of his removal from the mayoral position, while only 25,051 voters voted against it. To recall the mayor, 25 percent of the voters in support of recall had to be reached. As it turned out, 42 percent of the Kaohsiung voters casted their ballots, sealing the fate of Han, who would not be allowed to run for a mayoral election for four years.

The implications for Taiwan politics and Beijing-Taipei relations are significant.

First and foremost, Han of the Kuomintang (KMT) made a strategic error by becoming a presidential candidate in 2019 shortly after his populist rise in Kaohsiung in November 2018, when he acquired 892,545 votes and defeated Chen Chi-mai of the Democratic Progressive Party (DPP). Han lost the presidential election in January 2020 to the DPP presidential candidate Tsai Ing-wen. In 2020, he got 610,895 votes in Kaohsiung, pointing to a rapid loss of votes in the city which has traditionally been a DPP powerbase.

Han as a KMT rising star should have stayed in the city of Kaohsiung as a diligent mayor rather than showing an immediate political ambition of becoming a presidential candidate. Instead of demonstrating to the Kaohsiung residents that a new KMT mayor could change the economic predicament of the long-neglected and misgoverned city, Han’s decision to run for the Taiwan presidency demonstrated not only his strategic miscalculation, but also the failure of the KMT’s party headquarters to groom another presidential candidate in 2019. KMT’s factional rivalries stimulated Han to compete with businessman Terry Guo. The fact that Han as a regional politician was recruited hurriedly into the KMT presidential campaign demonstrated the party’s failure of leadership succession.

Second, the success of the civil society in Kaohsiung to oust Han illustrated the rapid rise of the pro-independence forces in Taiwan. Young leaders emerged to lead the social movement of launching the recall election, including Aron Yin whose late father was a KMT member. Yin was groomed by the DPP’s Chen Chu and became a cultural official in Kaohsiung.

Yin led the WeCare Kaohsiung campaign to remove Han, believing that the Han administration failed to improve Kaohsiung’s cultural policy. Although Yin claimed to be an independent, his transformation from a former official in the Kaohsiung government under DPP into a politician participating in the removal of Han illustrated the populist character of the anti-Han camp. The other leaders of the campaign removing Han included politicians from the Taiwan State-Building Party and the Citizens Moving Action.

This loose coalition removing Han quickly gained public support as the three groups – WeCare Kaohsiung, State-Building Party, and Citizens Moving Action – became a highly populist. Their success in removing Han demonstrates the strength of the civil society in checking the power of local politicians in Taiwan.

Third, the removal of Han has ironically revealed a disturbing trend in Taiwan politics, namely the “tyranny of majority” as mentioned by Alexis de Tocqueville in his classic work, Democracy in America. Critics of the DPP regime led by President Tsai Ing-wen said that the DPP mobilized the state machinery, including the media, the military, and some civil servants, to support the recall vote ousting Han. The DPP’s party headquarters on June 3 went so far as to issue a statement to criticize those KMT supporters who would abstain from voting.

Critics remarked that the DPP as a party coming to power through democratic elections should be tolerant of voters who would opt for abstention, or who would boycott the vote. Nevertheless, the DPP under Tsai utilized the “tyranny of the majority” to oust a mayor who had already been defeated in the January 2020 presidential election. If tolerance is an indispensable element of democracy, then the mobilization of the state machinery by the DPP in support of the recall vote was illustrative of a dark side in Taiwan democratic politics.

The DPP at the central level should leave the voters in Kaohsiung to decide the fate of Han without the need to issue any statement critical of Han’s supporters. Partisan struggle in Taiwan has perhaps been degenerated to the extent that those people who were deeply involved in the anti-Han campaign might not be aware that the “tyranny of the majority” is the major weakness in Taiwan’s democracy.

Fourth, although Han is removed, his political future may not be so bleak as conventional wisdom assumes. Some commentators point to his likelihood of running for the position of the KMT party chairperson. Even if Johnny Chiang would stay as the KMT party leader, Han’s political future would likely focus at national politics. Suffering from electoral defeat, Han may grow stronger and become more politically mature in his public remarks.

Objectively speaking, Han’s speech delivered to the Kaohsiung residents after the recall vote on June 6thwas gracious, expressing his gratitude to all those voters voting for him in the 2018 mayoral election and wishing his successor well. Han’s rebuttal to the recall vote emphasized his minimal contributions to reform the Kaohsiung administration. Unfortunately, due to the short period of his mayoral governance, his reforms remain unfulfilled. Under the circumstances in which political populism and ideological fanaticism are serious in Taiwan politics, Han has become the loser in a democracy where the majority easily overwhelms the wishes of the minority in a zero-sum manner.

At a time when the DPP at the central level toys with the idea of formulating a political asylum policy for Hong Kong’s young political dissidents, the recall vote in Kaohsiung carried a highly political and cross-border message, namely the people of Kaohsiung disliked a mayor who formerly visited the mainland and who once advocated closer economic integration with the People’s Republic of China (PRC).

Han was perhaps a victim of the political development in Hong Kong, ranging from the anti-extradition movement in 2019 to Beijing’s recent decision to impose a national security law. To the young people of Kaohsiung, and Taiwan, the PRC has been adopting a hard-line policy toward Hong Kong and they are determined to reject Han, who symbolizes an appeasement approach in dealing with mainland China. The Hong Kong model of “one country, two systems” is bound to be rejected by many Taiwan people, especially the younger generation and those who are imbued with a very strong sense of Taiwan identity.

In short, the defeat of Han in the recall election demonstrated the legacy of his strategic error, the decline of the KMT and the strength of the civil society. Sadly, this election result shows a main weakness not necessarily identified by many Taiwan people who are deeply preoccupied with their populist and zero-sum politics, namely the “tyranny of majority” in Taiwan’s democracy. Lastly, Han’s removal proved that the PRC’s policy toward Hong Kong and Taiwan has become increasingly unpopular in the island republic.