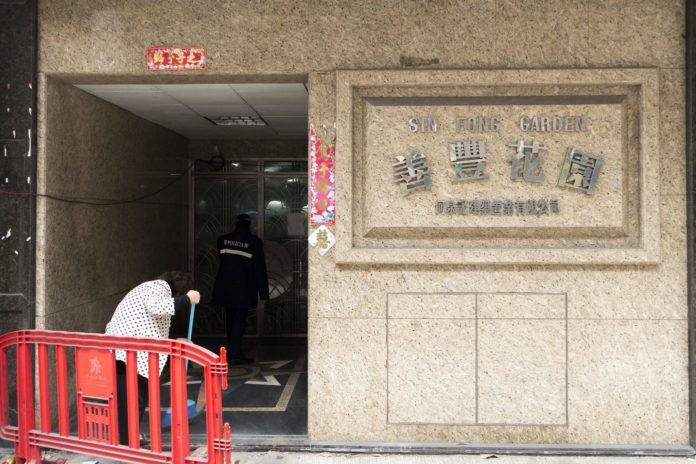 Last week we witnessed another chapter in the gift that keeps on giving that is the Sin Fong Garden debacle.

Eight years since structural defects forced all its 200 occupants to be evacuated, it seemed like the issue could finally see some closure with redevelopment works still progressing.

The Rua da Ribeira do Patane property quarrel had been a case study on the troubles the local ownership requirements could delay redevelopment works, with owners unable for years to even reach an agreement if the building should be demolished or renewed.

Several years of discussions and even violent street protests passed by until an agreement between the owners was reached.

In fact, it took only the opposition of two shop owners who did not agree with the redevelopment plan for renewal to only get going in 2018.

At the time the Macao Jiangmen Communal Society – headed by legislators Mak Soi Kun and Zheng Anting – vowed to support about half of the MOP200 million in estimated costs for the reconstruction.

However, this week the owners of the Sin Fong Garden building announced that they would have to advance some MOP170 million to complete the reconstruction works, with the Jiangmen Association has indicated that it could not advance the promised MOP100 million, citing the COVID-19 pandemic economic crisis as the main reason.

Feeling cheated the building owners publically accused the association of backtracking on its word, with the association then proposing to back the interest of loans incurred by the owners until MOP100 million patacas or provide MOP8 million immediately.

The Jiangmen Association is not the only one to have had second thoughts on the issue, with local businessman António Ferreira Wu, responsible for the Tung Sin Tong Charity Association, having provided a MOP50 million loan to the project in 2015 together with other real estate developers.

The amount has reportedly been taken back as he was himself in need of capital.

There has been much public discussion about the nature of the money provided for the building reconstruction, with some seeing it as donations while others see it as loans.

The chaos surrounding the building promises to continue for long, as any future decision will need the almost full agreement of the owners and considering the many years it took to reach an agreement so far we can expect many prolonged discussions.

It will be interesting to see how the Jiangmen Association and Mak Soi Kun – the most voted legislator in the last Legislative Assembly elections – will attempt to recover from this hit to its public image, as the Sin Fong Garden owners are not exactly known for keeping their feelings inside.

As if it was not enough, court cases are still on-going involving construction companies accused of having caused its near collapse, and more updates will keep appearing as verdicts are handed.

Looking at all this from afar, local authorities seem to have that worried look of someone that can predict the final bill will end up on its tab.

At least now the local government has a temporary and replacement housing law devised to assist flat owners left homeless by urban renewal projects or real estate project controversies of its own making, such as the Pearl Horizon project.

It is surely needed, as in the end you still have 200 people left without a house for no blame of their own for eights years, with prospects to stay under that condition for some more.

Hopefully, all involved parties can find some common sense within and reach a reasonable solution, otherwise, the Sin Fong Garden black hole will continue to swallow all involved in its drama vortex.