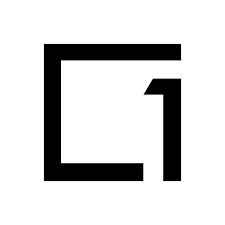 As the latest gaming result total for April comes in, it apparently looks as if we are back to square one.

March had already shown a disappointing monthly total at MOP3.6 billion, with April the total cut by MOP1 billion with MOP2.6 billion, the lowest result since August, 2020 at a time when there was barely any incoming visitor traffic from mainland China.

After witnessing a certain recovery in 2021 most people believed the SAR had weathered the worst of the pandemic and was on the way to a gradual and continuous recovery.

The truth, however, is that ever since January, 2020 when the city’s gaming sector reported a MOP22 billion in gross revenue right before the end of the world as we knew it blew up, only once did results surpass MOP10 billion, in May, 2021.

A lot has happened in the last two years, a reinforcement of the crackdown on VIP junket operations, local Covid-19 cases and sporadic outbreaks in several different provinces and cities on the mainland.

Movement restrictions have been repeatedly eased, made stricter again, again relaxed and tightened, with the current serious pandemic situation in Shanghai coupled with outbreaks in the neighbouring feeding market of Guangdong, Hong Kong and now Taiwan making sure movements in and out of the city were continuously subdued.

Golden weeks pass by with disappointing tourist numbers and pressure continues to mount on Macau’s households and SMEs.

Last month a survey by the Macao Research Center and organised by the Federal General Commercial Association of Macau Small and Medium Enterprises claimed that about a third of Macau SMEs have had to lay off employees or ask them to accept non-paid leave due to the unfavourable economic conditions in the SAR.

It was particularly noteworthy to also see gaming businessman and former legislator David Chow Kam Fai use an event to display the survey results to express his discontent with the government’s plans for the gaming and tourism sector, surely echoing the concerns of many businessmen dependent on the former satellite casino system now under threat by the ongoing gaming law amendments.

The pandemic impact on the local economic fabric and the speed in which changes proposed by the government’s plans to rein in the gaming sector have progressed incur the risk of leaving a large portion of the residents that made their livelihood in the hotel and tourism sectors behind.

Businesses have closed, people have left and there is no current end in the city for the predicament a city so dependant on mainland tourism is facing.

As a way to put some water in the flames, local authorities shave authorised another MOP5.9. billion consumer e-voucher round set to start on June 1, among other financial benefits.

Although obviously well received, the scale of enthusiasm for the support is not at the same level as when the policy was first advanced.

Measures that were seen as temporary bandaids for residents’ financial stress are now as regular as the previous annual wealth partaking scheme.

Local authorities have so far allocated MOP37 billion from the local financial reserve to balance the 2022 budget to account for several economic relief measures, including this new consumer stimulus package.

Since 2020 local authorities have recurred almost MOP150 billion from the financial reserve to balance the budget and finance economic stimulus measures, as revenue from gaming taxes – usually the largest input to the local coffers – shrank considerably.

A long term plan for the recovery of the city is desperately needed. What greatly helped in 2020 will not be as effective after two years of a stagnant economy.

Is it imperative for the local government to improve vaccination rates in children and the elderly to a point where they safely negotiate the reinstatement of movement routes with Hong Kong and mainland China.

Maybe one day Macau will not be completely reliant on tourists’ bucks but until then city and its inhabitants will be mostly helpless without them.

Labour day must have gone by without its once traditional labour protests, as organisers became wary of the pandemic preventions used to block them, but the SAR government would be smart in remembering that grievances not expressed in the public square always remain there under the surface.

If time passes and nothing seems to change in Macau’s residents’ lives – who have stoically waited for the end of this predicament – desperation will just increase.

Residents must be made to feel there is an actual end-game to the crisis and a way out of this loop. Otherwise, how many more consumer voucher rounds will be needed?

May 25, 2022
The United States on Tuesday warned Turkey against launching a new military operation in northern...
Load more