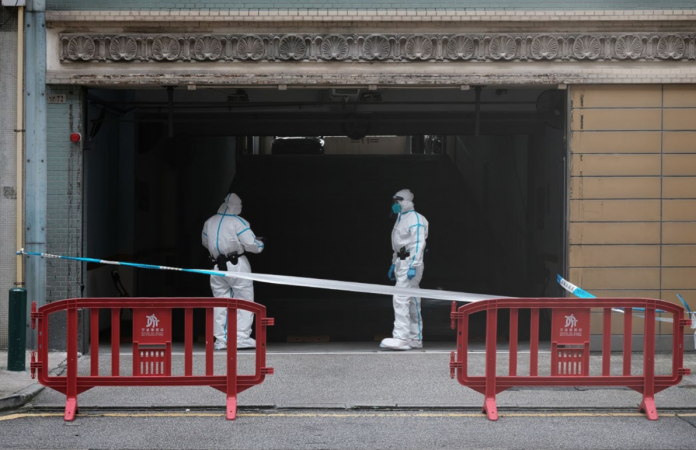 I was really so close. I was this close to writing a very positive and sincere praise opinion on the recent policies advanced by our dearest authorities to control the outbreak.

I was going to write how authorities had seemingly managed to resist the intense pressure from all different quadrants and sectors to enforce a strict lockdown in the city and just continue with the already stringent policy, in my opinion, of repeated mass testing rounds and contact tracing.

It had not been an easy feat, I would have said, considering that you even had the most influential Chinese Communist Party newspaper asking for a tougher hand and multiple legislators and businessmen repeatedly making requests for harder measures to be carried out.

Such remarks don’t just happen out of nowhere, reflecting a ‘justt ripping the Band-Aid’ logic that it is better to just impose a strict lockdown than continue with this kind of middle-of-the-ground approach.

The government itself did not make itself any favours. Despite repeatedly expressing a planned approach had been established for eventualities like this, it was hard not to have a feeling like a large degree of improvisation was going on and contradictory statements.

It is still hard to understand the insistence on maintaining casinos open for as long as they were despite what was going on.

After all, if anyone was still going to casinos at this time, then social workers should really be stationed on location because it would seriously be a study case of gambling addiction.

We have seen what seemed like a conflict of wills within the administration itself, with one side looking to continue with the policies we have seen so far of citywide testing and maintaining some kind of normal life and another side asking for a mainland-style lockdown.

It’s still baffling to me that some people who have called for more stringent measures can just brush aside the impact such policies have on people’s livelihoods, mental health and family life.

However, we were hopeful. Community cases were going down and health and civil protections were discarding any kind of lockdown as early as last Friday.

This all went crumbling down the day after when a de-facto lockdown was thrown to us, with authorities insisting on not calling it as such.

The city will basically be placed under a standstill and legal action can be taken against people on the street that did not go out for either tests, emergencies or to perform essential activities for the city.

We can all now party like it’s 2020, but it is still hard to discern the end game.

Let’s say we go through all this and the Omnicron virus pops up again, should we all go back to the same merry-go-round.

Shanghai spent two months in lockdown and Covid cases are still appearing recently. What makes us think Macau could do any better?

The day before this ‘non-lockdown’ was announced, an analysis by the University of Macau (UM) COVID-19 research team stated that enforcing strict lockdown measures in the Macau SAR would have a ‘profound impact on maintaining social ties and the accessibility of education and medical services’ while possibly increasing the risks of family conflicts, depression, anxiety or even suicide along with other serious mental disorders.

It seems all these can just be shrugged aside and ignored, and that the secret was just to keep repeating you won’t do it and then do it anyway with a different name.

Most people will not even be allowed to use public buses or work on-site, policies that always have a disproportionate impact on the most disadvantaged groups in society, who either live in small apartments with many other workers or just don’t have the luxury of working from home.

It’s easy to say we are all on the same boat, but while some are steering above water, many are almost drowning in the galleys.

I was really this close but was tripped at the finishing line. Just like all residents in this ebbing city.