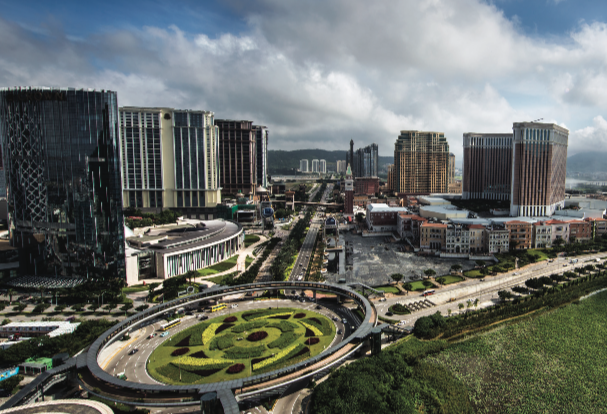 The title of this article may be anxiety provoking. Certainly, I am not trying to create concerns here but to offer constructive suggestions for the betterment of the dissemination of CSR in society. After quite some efforts of promotion through the media, through education at various institutions, and even via government slogans, many people are quite aware that “corporations” have to take up this thing called “CSR” or “corporate social responsibility”. This is especially the case for Macau; in a city which relies mostly on tourism and entertainment income, large gaming businesses are often regarded as the ones to take the lead in CSR.

In fact, the gaming tax in Macau is around 35%-40% of gross income, which represents the highest rate in the world to be charged on such income. It can still be heard many times and repeatedly from within the community that gaming enterprises should take up more CSR. However, is another increase in the tax rate a cure for such social issues ranging from exogeneous factors such as the COVID-19 pandemic to endogenous factors like the indigenous characteristics of the local industry and economy? In my personal opinion, the answer is surely “no”. Why am I making this bold statement while many people may be complaining about the “treacherous” or even “enslaving” treatment by the capitalists (e.g., unpaid leave in casinos) of the laborers? The answer is pristinely clear. It is a matter of information disclosure and even more importantly, information auditing.

It is not uncommon to see how corporations such as the larger gaming operators in Macau devote themselves feverishly to reporting their CSR activities (good deeds). The same can be said of public utilities companies or other private enterprises. The main point is that in places where enterprises have to follow stock market listing requirements, they are obliged to disclose their CSR activities in the form of annual reports, CSR reports, sustainability reports, or whatever you call them. Now the point is that once a CSR report has been published, the media, the public or academics will cite or even analyze the contents in those reports. Many enterprises take their CSR reports as a nice opportunity to showcase their CSR engagement, philanthropy and other social concerns in such a way that sometimes we call this “window-dressing”.

In fact, there is nothing wrong or even morally speaking, nothing is wrong with an enterprise boasting of its commitment to society. However, are the users of this financial and non-financial information getting a faithful representation of the enterprises’ deeds and endeavors? This is the point that we, as stakeholders, should ponder.

For example, scholars Adams, Druckman and Picot issued recommendations in July 2020 on behalf of a number of accounting, reporting and benchmarking organizations, concerning “Sustainable Development Goals Disclosure”, SDGD. The main idea here is that enterprises which publish sustainability or CSR reports need to pursue some major dimensions to “prove” or provide evidence that such reporting is “true and fair” and consistent with the SDGs. SDGD recommendations can be understood as a “transformative mediator” which allows what has been reported by enterprises to become solid evidence of sustainability goal attainment. Mediator, as defined by French sociologist Bruno Latour who contrasted the term “intermediary” with the term “mediator”; the former being something simply “inter” between actors of the society without creating any substantial changes, while the latter being an agent of transformation.

As the local economy is becoming more and more diversified, especially through deeper intra- and inter-national cooperation, the need for enterprises in Macau, and extending to the Greater Bay Area, to come in line with internationally recognized reporting and verification (auditing) standards in terms of CSR and sustainability reporting becomes more appealing and obvious.

Practically speaking, a balance should be struck between mandatory and voluntary disclosure (see the ESG – environmental, social and governance – reporting requirements by the Hong Kong Stock Exchange). However, it is interesting to note that the area of verification or auditing has been largely undermined in the listing requirements since the word “encouraged” (… independent assurance on ESG information disclosed) is used in the stock exchange’s enhanced reporting framework. This balancing can actually be done through the establishment of new articles in the Commercial Code. Many may also point out that this is consistent with the probable establishment of financial markets (which to a certain extent has already been done) locally or within the deeper region of cooperation.

Furthermore, apart from external auditing or verification, self-assurance is also very important. Enterprises are competing with each other. There is not a doubt. However, a win-win situation can also be created through cooperation and the sharing of resources and allocation of responsibility. From the local examples of natural disasters such as typhoon Hato or even the COVID-19 pandemic, large enterprises could have coordinated much better among themselves to utilize precious resources to help the community. For this to be achievable, a system has to be established with concerted efforts among the enterprises, the government and independent auditing and verification bodies.