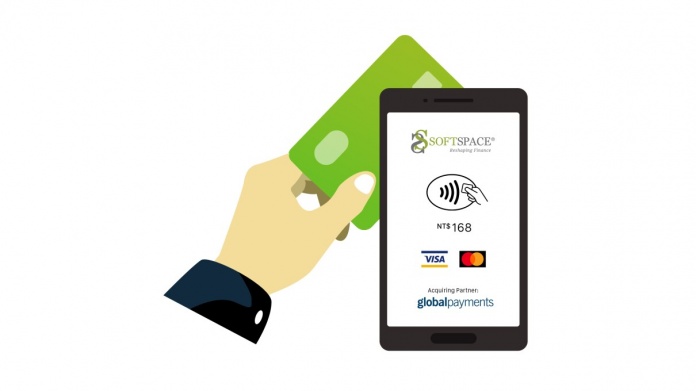 In early January, the People’s Bank of China (PBOC) launched the Digital Yuan wallet apps for Android and iOS.

As per data gathered in late April, more than 260 million people are already using China’s digital currency, totalizing more than US$13.8 billion worth of transactions. It is available for use in about 23 mainland cities and live on 9 wallets.

China is already very advanced in terms of digital payments and the digital yuan does not disrupt the way to pay (QR codes and face payments are already widely used through Alipay and WeChat Pay).

However, the biggest innovation is the use of smart contract technology. The e-CNY presents many other advantages such as no interest, low cost, payment and settlement, controllable anonymity, security, dual offline payment, etc.

Also, since mid-June, China’s digital yuan can now be used for wealth management products and bank loans. This move by China’s central bank extends the use of digital currency beyond the purchase of consumer goods.

As I mentioned in some of my previous articles, China´s Digital Yuan, also known as DCEP, is a Central Bank Digital Currency (CBDC).

A CBDC is a new form of central bank money accessible to the public, accepted as a means of payment, legal tender, and safe store of value by all citizens, businesses, and government agencies.

Even though more than 80 per cent of Central Banks in the world are currently working on CBDCs (some are just at an initial research stage, though). However, Asia seems to be the place where CBDCs generated the most interest. In this sense, the major economy leading the CBDC race in Asia (and in the whole world) is China.

In this article, I am going to focus on the potential that the Digital Yuan offers for Cross-Border Payments.

China has made some very relevant movements in this area these last few months, movements that show us that expanding the digital yuan internationally is a very important goal for the country.

These are some of the movements:

1. Expansion of the Belt and Road Initiative (BRI)

The Belt and Road Initiative (BRI) is currently a key program for China, and, consequently, it is perfectly possible to imagine how important the expansion of the digital yuan can become for China within the Belt and Road.

According to the Belt and Road Initiative´s website,“BRI is a transcontinental long-term policy and investment program which aims at infrastructure development and acceleration of the economic integration of countries along the route of the historic Silk Road.

The Initiative was unveiled in 2013 by China’s President Xi Jinping and until 2016, was known as OBOR – One Belt One Road.

On March 28, 2015, the official outline for the Belt and Road Initiative was issued by the National Development and Reform Commission (NDRC), the Ministry of Foreign Affairs (MOFA) and the Ministry of Commerce (MOFCOM) of the Peoples Republic of China (PRC), with authorization of the State Council.”

BRI aims to “promote the connectivity of Asian, European and African continents and their adjacent seas, establish and strengthen partnerships among the countries along the Belt and Road, set up all-dimensional, multi-tiered and composite connectivity networks, and realize diversified, independent, balanced and sustainable development in these countries.”

According to the official outline, BRI is a global initiative but its nature of building on the historic Silk Road puts a major focus on countries in Asia, Eastern Africa, Eastern Europe and the Middle East, a region mainly composed of emerging markets. According to the Belt and Road Portal, currently, 71 countries are taking part in the Initiative, together representing more than a third of the world’s GDP and two-thirds of the worlds

To me, the BRI area is the best possible candidate area for China to start internationalizing its Digital Yuan, or at least one of the best two candidates, alongside RCEP.

One of the world´s largest free-trade deals in history, the RCEP was signed on 15 November 2020, after eight years of negotiations, and took effect on 1 January 2022.

It is composed of fifteen countries, all ten members of the Association of Southeast Asian Nation (ASEAN): Brunei, Cambodia, Indonesia, Laos, Malaysia, Myanmar, Philippines, Singapore, Thailand and Vietnam, plus China, Japan, South Korea, Australia and New Zealand, that will create a free trade area encompassing 28% of the global economy, 30% of the global population and reaching 2.2 billion consumers.

The deal is estimated to increase the global national income by $186 billion annually by 2030 and add 0.2 per cent to the economy of its member states and aims to progressively lower tariffs, reduce protectionism and boost investment. Furthermore, it will allow for one set of rules of origin to qualify for tariff reductions with other RCEP members (a common set of regulations means fewer procedures, therefore easier movement of goods).

From the perspective of China, RCEP aligns with China’s “dual circulation” vision, refocusing on domestic demand while taking advantage of trade and foreign investment. It must also be noted that ASEAN has become China’s largest trading partner followed by the EU and the United States.

Undoubtedly, the ongoing COVID-19 pandemic has undoubtedly confronted the whole world with an unprecedented challenge. The signing of the RCEP agreement is a good step towards supporting economic recovery in Asia, inclusive development, job creation and strengthening regional supply chains. RCEP will pave the way for the expansion of CBDCs throughout Asia, including (but not limited to) China´s new CBDC.

Aside from China, many other Asian countries have shown their interest in developing and potentially deploying their own CBDCs. This list includes Thailand, Cambodia, Vietnam, the Philippines as well as Korea and Japan (both the Bank of Korea and the Bank of Japan started their tests recently, in early 2021). Should these other countries finally deploy their own CBDCs, it will mean more market for them as well.

To what extent will the RCEP benefit China´s CBDC? Even though it is too early to say, the free trade area created by RCEP will undoubtedly be a big market for China´s digital yuan (alongside the Belt and Road Initiative), facilitating its cross-border adoption (in the same way that it could be used to facilitate the cross-border adoption of any of the other CBDCs in Asia, even though China seems to have a clear advantage due to its economic relevance and also due to the fact that its tests are much more advanced than those of the rest of neighbouring countries).

China’s central bank announced in February 2021 that a newly established joint venture with SWIFT and four Chinese institutions will offer localized financial services to make cross-border transactions more stable and secure. As China’s financial industry continues to open up to the outside world, more domestic institutions use the global financial network and information services provided by SWIFT.

But some Chinese medium and small-sized banks have reported unstable connectivity to the SWIFT network, affecting their cross-border transactions, the People’s Bank of China (PBOC) said. The new entity will operate financial messaging services through a local network and set up a localized data warehouse to monitor and analyze cross-border payment messaging, the PBOC added.

To sum up, both BRI and the free trade area created by the RCEP will undoubtedly be two big markets for China’s digital yuan. While facilitating cross-border adoption of the digital yuan, such economic exchanges, in the same way, will help any of the other central bank digital currencies in Asia.

The author is a very influential voice in the FinTech area, having advised many FinTech companies and with a very extensive network across the globe. He holds an MBA and a doctorate in Hong Kong real estate law and economics. He is also a well-known international speaker in the areas of Central Bank Digital Currencies and Blockchain.