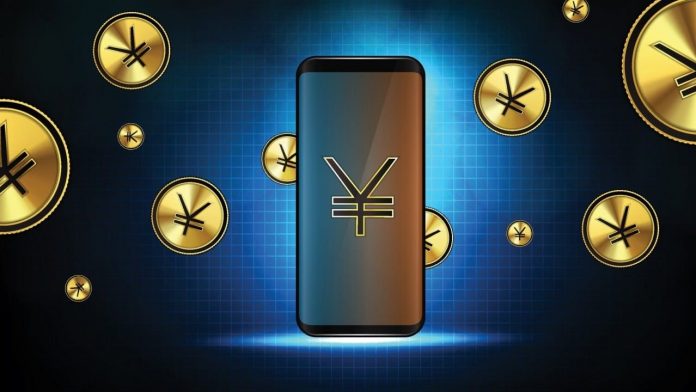 In my latest articles, I have mentioned quite often the Digital Yuan, which is, in fact, one of my main areas of research. Since I am receiving many requests asking me to explain the latest developments on this area, in this short piece I will focus on summarizing a few relevant ideas on the Digital Yuan as well as the latest news on this topic.

We must bear in mind that the Digital Yuan or DCEP is having and will have tremendous importance, not only for China but globally. For China, because, if successful, the Digital Yuan will become an effective domestic tool not only for facilitating consumers’ retail payments, but also to enhance the yuan as a payments currency in the global financial system.

Globally, because, if DCEP proves to be viable, China will become the first major economy to introduce a Central Bank Digital Currency -CBDC- (the only country doing this so far has been The Bahamas), and many countries will undoubtedly follow next.

A CBDC is a digital form of central bank money that could be used by households and businesses to make payments, hence we are starting to speak about the digital yuan, the future digital euro, and so on. In this sense, the major economy leading the CBDC race in Asia (and in the whole world) is China.

The digital yuan will certainly bring many opportunities and benefits to China: domestically, it will facilitate consumers’ retail payments, among many other advantages, while, non-domestically, a cross-border deployment of the digital yuan will help take some of the USD-denominated exports and convert them into yuan-based exports, thus challenging the global domination of the USD (this is why the upcoming tests in Hong Kong and Macau will be so relevant, to test the feasibility of a cross-border application of the Digital Yuan).

What are the latest developments in this area, though?

One of the things that makes this topic so fascinating, and so complicated at the same time, is the fact that there are constant developments. I will mention the two latest ones here: China´s BSN Blockchain network plans on a multinational CBDC pilot this year and the ATM tests in Shenzhen.

It aims to build the universal digital payment network (UDPN) in five years, starting with a beta version in the second half of 2021. It does not mention the Digital Yuan, although doubtless, this will be one of the first to be used.

The BSN blog post talks about a “standardized digital currency transfer method and payment procedure”. If the BSN manages to fulfil its aim of having its network adopted at scale, it could have a significant role in setting the standards used by others. And not just in China.

The second initiative is related to Shenzhen. Right now, the Agricultural Bank of China is trialing the deposit and withdrawal of DCEP from users’ checking and savings accounts. The service is currently available in several Agricultural Bank automated teller machines in Shenzhen.

The Bank plans to extend the DCEP trial to public utility payments and e-government services. It is a very important test because this is the first DCEP trial involving bank ATMs.

This pilot program allows citizens to exchange cash (fiat) for digital yuan. Zou Hua, manager of the bank’s Digital Yuan Innovation Lab, commented on the ATMs infrastructure’s deployment across Shenzhen: “Agricultural Bank has taken the lead in launching the ATM cash deposit and withdrawal function in the industry to guide Shenzhen residents to adapt to the digitization of cash and explore service transformation.”

Before that, the tests in the Mainland have proven to be very successful. In the latest DCEP trials, Suzhou´s municipal government announced on December 4 that it would give away 100,000 digital “red packets” to residents via a lottery, each containing 200 yuan and totaling 20 million yuan.

In October, a similar trial was run in Shenzhen: the city carried out a lottery to give away a total of 10-million-yuan worth of the country´s new digital currency. Nearly two million people applied, and 50,000 of them won the digital “red packets” with each containing 200 yuan. The winners downloaded the digital yuan app and spent it at 3,389 designated shops in Shenzhen´s Luohu district.

To sum up, the digital yuan will be “the start of a new era” (in payments) because the DCEP tests are driving many other countries to start testing their own CBDCs. If DCEP proves to be viable, China will become the first major economy to introduce a State-run digital currency (the only country doing this so far has been The Bahamas), and many countries will follow next, since, as previously mentioned. China is moving fast, hence we see new developments on a weekly basis, so it is important to keep track of them. Both the Blockchain-based Service Network (BSN) -despite not specifically mentioning the Digital Yuan as one of its use cases, even though it will be one, undoubtedly- and the ATM tests in Shenzhen are two examples of how fast China is progressing with the Digital Yuan.