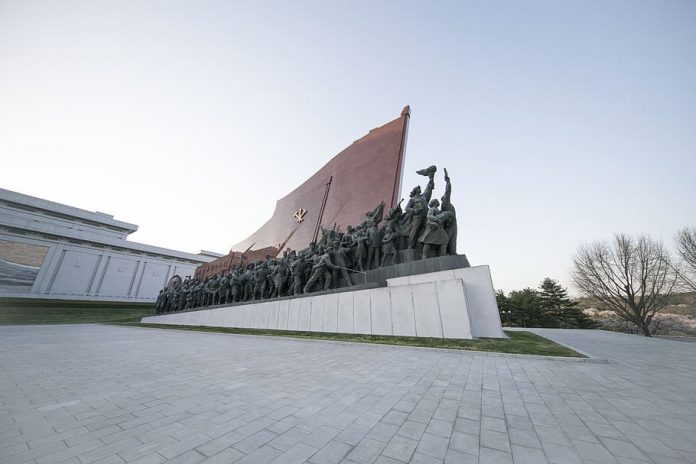 The recent and ongoing media spotlight focuses on the whereabouts of North Korea’s leader Kim Jong-un, whose disappearance for more than two weeks and whose health have aroused the concerns and discussions of politicians, officials and journalists all over the world.

Kim Jong-un appears to have health issues due to a variety of interpretations. Some reports said that he was fine but hid in the Wonsan compound for fear of being infected with Covid-19; some Chinese dissident reports said that he was injured by a missile test; many reports pointed to his sudden heart problems; some reports claimed that a team of Chinese medical personnel had gone to North Korea to tackle his ill health; and some Taiwan reports went so far as to claim that he was incapacitated and could not even speak.

Recent Western and Chinese reports mentioned that some people in Pyongyang flocked to buy daily necessities because of the rumors circulated in the North Korean society that the great leader had health problems.

Some Hong Kong reports stated that the Chinese military was mobilized to the border with North Korea, guarding against a possible influx of North Korean refugees. Some reports referred to all the news above as “fake,” showing that the Western mass media had a conspiracy in destabilizing North Korea.

Some reports asserted that all these “false” news pointed to the need for the North Korean security apparatus to dig out those people inside and outside North Korea who spread rumors about the leader.

All these reports and rumors point to an enduring feature of North Korea political system. It remains a highly secretive state in which the supreme leader’s health situation can trigger political uncertainties and succession issues.

In communist regimes, the politics of succession could be internally fierce, politically destabilizing and externally challenging to Western states.

The experiences of the former Soviet Union showed that succession politics were highly uncertain, with the possibility of a collapse, as could be seen in the rapid rise and fall of Mikhail Gorbachev.

What Gorbachev did to the former Soviet Union was that he combined economic liberalization and societal openness (glasnost) with political democratization and restructuring (perestroika), unleashing the forces of civil society and exerting tremendous pressure on the communist state to undertake reforms. The result was that the Communist Party of the Soviet Union encountered not only a serious internal split, but also the necessity of implementing drastic reforms to the extent that the entire communist regime collapsed

There are two scenarios for North Korea’s political development. First and foremost, unlike the former Soviet Union, North Korea’s new leader, whoever he or she will be, will not undertake drastic reforms as with Gorbachev in the short run. If Kim Jong-un’s sister Kim Yo-jong or his uncle Kim Pyong-il takes over the leadership, either of them will be highly unlikely change the direction of North Korea’s development drastically.

Kim Yo-jong lacks military credentials, so as Kim Pyong-il. The former is relatively young, but her husband reportedly is a military official who may be backed up by a military faction in case Kim Yo-jong takes over from his brother. Kim Pyong-il is a long-time and an experienced diplomat who would acquire the support of party elders more easily.

Party elders in the Workers’ Party might support a more experienced statesman like Kim Pyong-il rather than a rapidly rising young star like Kim Yo-jong. Kim Pyong-il, by travelling to different countries and witnessing transformations in these foreign states, may be more susceptible to internal economic reforms. Yet, Kim Yo-jong was groomed by Kim Jong-un to deal with foreign relations, meeting top US government officials.

As such, the two Kims, one younger and the other experienced, can form a temporary ruling coalition to stabilize the North Korean leadership, if Kim Jong-un’s health problems necessitate a political succession.

In the short run, the Chinese-style of economic reforms will not be undertaken at least until a few years later. The reason is that Kim Jong-un originally kept a distance from China until he adopted a foreign policy of engaging with the United States in early 2018.

In 2018, Kim Jong-un visited China three times to discuss with President Xi Jinping unprecedentedly on how both countries handled the relations and negotiations with the United States. However, in terms of domestic policies, there was no evidence to show that Kim Jong-un favored the Chinese-style of market reforms.

The fact that his uncle, Jang Song-thaek, was executed in December 2013 for his “counter-revolutionary” activities dealt a severe blow to the likelihood that North Korea might embark on a Chinese-style of economic reform.

Moreover, another reform-minded liberal brother of Kim Jong-un, namely Kim Jong-nam, was assassinated in February 2017 in Malaysia. Kim Jong-nam was a supporter of a more liberal style of economic reforms. He resided in Macau for some years and was clearly impressed by a capitalistic lifestyle.

Hence, whoever will be the successor of Kim Jong-un will be unlikely to embark on a Chinese-style of economic reform in the short run. The Chinese style of reform is different from the former Soviet model adopted by Gorbachev in one crucial aspect: while Gorbachev unleashed both social liberalization and political democratization, the Chinese reforms since the era of Deng Xiaoping have been adopting a cycle of relaxed liberalization and tightened control, together with a very limited process of democratization along the path of using an Audit Office to check governmental expenditures and the Central Discipline Inspection Commission to fight party corruption.

China’s limited democratization is so different from the former Soviet Union that the Chinese Communist Party remains politically secure and legitimate in the eyes of a majority of citizens, especially as the regime could cope with not only the 2008 Sichuan earthquake successfully with rapid reconstruction work but also the Covid-19 with the immediate lockdown of cities and tremendous resilience.

The second scenario for North Korea is to adopt a more aggressive and assertive foreign policy toward its neighbors, including South Korea and Japan, and military superpower the United States.

However, this scenario assumes that the hawkish military leaders would dominate the political arena and have a powerful say in the direction of the country’s foreign and domestic policies.

It is unlikely that this scenario will occur in the short run because Kim Jong-un has already established a tradition of being a combined civilian-military leader inheriting from his father Kim Jong-il and grandfather Kim Il-sung. If the Kim family is commanding the barrel of the gun under the Kim dynasty, most military leaders will likely respect this dynastic political succession and continuity.

In short, although the health of North Korea’s great leader, Kim Jong-un, is a matter of tremendous global concern, he has already laid down the foundation of the new foreign policy of Pyongyang, namely engaging the United States assertively while adopting the military-first policy and minimal market reforms internally. As such, whoever will take over from Kim Jong-un will very likely maintain the political tradition and continuities, internally and externally.