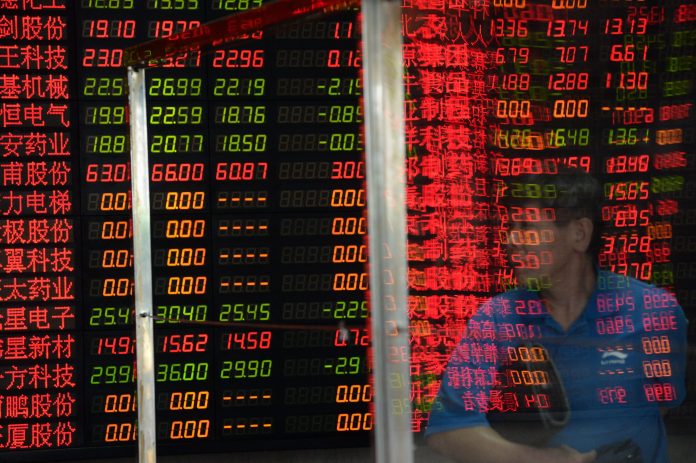 According to the World Bank´s Global Findex database, globally, 1.7 billion people do not have a bank account, and policymakers struggle to provide affordable, safe and accessible financial services to the unbanked population.

For example, if we focus on South East Asia (encompassing, among others, Thailand, Indonesia, Malaysia, Vietnam, Singapore…), we can see that the region is home to an unbanked population of more than 290 million people. In South East Asia, only 18% of the population has access to credit, lower than the proportion of digital-ready population (37%), still based on World Bank Global Findex data. This undoubtedly provides a supportive environment and impetus for consumer lending to catch up as income levels rise.

However, focusing on China, we can see that the situation is not actually that bad, since we have seen an enormous improvement:  China’s impressive economic growth has dramatically reduced poverty during these last 30/40 years. In 1981, only 40 years ago, two out of three mainland Chinese lived below $1 a day. By 2010, the country had lifted an astonishing 680 million people out of poverty—more than the entire current population of Latin America. But, at the same time that poverty has been reduced, inequality has been rising. Undoubtedly, an important factor that drives inequality is the significant disparity in the levels of access and usage of financial products and services among people.

There is no doubt that China’s leadership will drive higher levels of financial inclusion in the country to achieve more inclusive growth and reduce inequality. As of today, most of the unbanked population in China lives in rural areas where a large portion of people do not have access to basic financial services like financial accounts, in many cases because there are no bank branches in the remote areas where they live. Not having access to a bank branch, though, does not mean that most of this citizens do not have access to a smartphone: it is common to see rural areas where people have a wide access to smartphones but they have no physical bank branches of any sort.

How can we solve that? As I said, despite the huge improvement, this amount of 290 million unbanked people should be reduced. Even though there is no magic recipe to tackle this issue, I think that both Central Bank Digital Currencies and virtual banking could and should be used as a way to try to, at least partially, solve this problem.

Firstly, as I have mentioned in several of my previous articles, China is working hard on testing and eventually deploying next year its Digital Yuan or DCEP, which is a Central Bank Digital Currency. CBDCs can be an effective tool when promoting financial inclusion.

According to the World Bank, to address financial inclusion, a CBDC would first need to provide the unbanked with access to a transaction account. In other words, CBDCs will allow people who live in remote areas with no bank branches and therefore have no bank accounts, but who own a cell phone, to have access to a transaction account that will allow them to make and receive payments using this digital currency.

In April, after several years of work (the research commenced in 2014), the Chinese Government announced the starting of the tests of the country’s central bank digital currency (CBDC), DCEP (Digital Currency Electronic Payment), in four major cities (Shenzhen, Suzhou, Chengdu and Xiong’an), notwithstanding the COVID-19 crisis. On August 14, China took a step further: its Ministry of Commerce announced that a pilot run of the country’s CBDC would begin in several new areas very soon, the Greater Bay Area (GBA) among them, which includes the two Special Administrative Regions of Hong Kong and Macau.

Secondly, virtual banking may play a key role in this area too. Virtual banks, also called neobanks, primarily deliver retail banking services through the internet or other electronic channels instead of physical branches. It is commonly believed that the development of virtual banks will promote FinTech and innovation and offer a new kind of customer experience by helping to promote financial inclusion, since neobanks normally target the retail segment, including the small and medium-sized enterprises (SMEs).

The Hong Kong Monetary Authority (HKMA), and not without reason, thinks that virtual banks can help promote financial inclusion as they normally target the retail segment, including the small and medium-sized enterprises (SMEs).

On top of that, in line of what I said about CBDCs, virtual banks will allow people who live in remote areas with no bank branches, but who own a cell phone, to open a bank account thus becoming part of the financial system.

Regarding Mainland China, the virtual banking scene is starting to flourish as well. In China, major players include WeBank (China’s first privately-held digital bank, backed by Tencent, owner of Chinese super-app WeChat) and MyBank (backed by Ant Group, the world’s largest FinTech by valuation and affiliate of Alibaba, owner of China’s largest e-Commerce platform), and this list will undoubtedly keep growing these coming years.

To sum up, having access to a transaction account is a first step towards financial inclusion since it allows people to store money, and send and receive payments. Even though China’s impressive economic growth has dramatically reduced poverty during these last 30/40 years, there is still a large amount of underbanked people, mostly in the country´s rural and poorer areas. Both the digital yuan and virtual banking may become effective tools when promoting financial inclusion in Mainland China, since will allow people who live in remote areas with no bank branches, but who own a cell phone, to become part of the financial system.