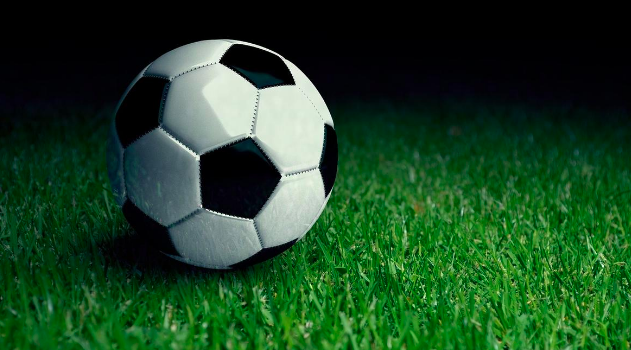 Despite the fact that China has been attaching great importance to the modernization of its football development, particularly as President Xi Jinping is deeply interested in football, the governments of Macau and Hong Kong have been adopting a relatively non-interventionist policy toward football development in the two cities.

Clearly, Macau and Hong Kong are performing much worse than mainland China and Taiwan. If football remains a popular sport in the region of Greater China, including mainland China, Hong Kong, Macau and Taiwan, the modernization of football is a must in the two special administrative regions.

Recently, the International Federation of Association Football (FIFA) sanctioned the Macau Football Association for failing to play the second leg of the first-round match against Sri Lanka in the Asian preliminary competition for the FIFA World Cup 2022.

Although Macau defeated Sri Lanka by 1-0 in the first leg of the preliminary competition, the Macau Football Association decided not to send the Macau team to play in Sri Lanka for personal safety grounds.

In Hong Kong, local attendances in football games have declined rapidly. Although the Hong Kong government launched the Project Phoenix to boost football development and made some improvements in the reform processes, the local Premier League’s average attendance dropped from 1,048 per match in 2014 to 936 in 2019.

South China, a famous football club, pulled out of the league in 2017 and relegated to the First Division. Although district clubs such as Tai Po, Yuen Long and Southern have been revitalizing the local football competition, the 2019 champion Tai Po has recently decided to reduce its investment in the forthcoming 2019-20 season and reignited the issue of the lack of interest on the part of some investors in football development.

Modernization of football in both Macau and Hong Kong needs to consider more drastic measures and new policy implementation.

First, if horse-racing betting is legal in both Macau and Hong Kong, arguably the legalization of football gambling can and will stimulate more attendances and popular excitement, thus reviving football development in both special administrative regions considerably.

In the past, football corruption in Hong Kong took place partly due to illegal betting and bribery, and partly due to the unethical behavior of the players and bribe-givers concerned. It can be argued that the legalization of football betting will institutionalize football development, just like the English Premier League where a high standard of football development can co-exist with the legalized football betting.

Second, the governments of both Macau and Hong Kong should intervene in football development with genuine political will and administrative leadership by introducing corporate tax incentives so that business investment and sponsorships in football will be encouraged and stimulated.

For instance, for any business organization that annually invests in a football club, its corporate tax would be reduced significantly for a certain percentage. In China, the development of football relies heavily on the investment from private corporations and state-owned enterprises.

In Macau and Hong Kong, if cross-border investment by mainland companies in local football development is facilitated and encouraged, the two special administrative regions can and will witness more competitive teams eventually.

A mainland-based R & F football club, which is based in Guangzhou, performed very well in Hong Kong in the 2018-19 season.

More mainland-based football clubs should be allowed to join the local premier league in Hong Kong and the local competition in Macau because they have the possibility of representing the two special administrative regions to compete in the Asian Football Championships, a huge incentive for mainland clubs to help raise the standard of football matches in Macau and Hong Kong.

Unfortunately, the governments of both Macau and Hong Kong are relatively weak in football development, leaving the local football associations and clubs a “high” degree of autonomy without sufficient governmental support, leadership and guidance. This situation is unsatisfactory and should really be changed.

To modernize local football, the sports authorities of both Macau and Hong Kong should ideally work out feasible and practical business models together with the inputs of the Football Associations and related football clubs, and in consultation with business organizations, so that a win-win situation would be achieved.

Delegations from the government officials concerned and the executive members of the Football Associations in Macau and Hong Kong should be arranged to visit the mainland, Japan, Korea and England to learn from their successful experiences, formulating a business model suitable for the two special administrative regions to revive and redevelop football.

Ideally, the football pitches at the local universities can be fully utilized, with the possible investment and support from both the government and business organizations. More investment in local football pitches should be proposed and made by the sports-related departments in consultation with the Football Associations in Macau and Hong Kong.

In Macau where casino conglomerates are financially affluent, they should be encouraged and requested to help invest in football development, including the building and expansion of new and existing football pitches.

In Hong Kong, the Jockey Club Charities Commission and the Leisure and Cultural Services Department injected reportedly some HK$450 million into the Hong Kong Football Association from 2016 to 2020, but how much of the financial support went to the redevelopment and refinement of soccer pitches remains not very clear.

Fourth, there is no annual government plan on football development – a situation that should be changed. Strategic developmental plan for football could be seen in Hong Kong. In 2009, when the Hong Kong team won the East Asian Football Championship, the government appointed a company to study the development of football in the territory.

A report was published in December 2009 including all kinds of recommendations on development programs, facilities, football status, football education, and achievement targets. Ten years after the report’s publication, it should be a ripe time for another report conducted by the government, or its commissioned consultancy, to evaluate the progress of football development.

In Macau, the modernization of the Football Association is a must, including its website and management, but this development perhaps requires more support, stronger leadership and substantial investment from the government in the first place.

Fifth, football education needs urgent reforms in both Macau and Hong Kong. Summer is the best time for a youth football tournament in the two places so that the young people can improve their health and football skills. Unfortunately, the youth football competitions in the summer time are neither promoted nor publicized extensively.

In Macau and Hong Kong, many primary and secondary school children love to play football, but the inter-schools football competitions are disconnected with the recruitment of interested youths to the Second and First Divisions. Ideally, young football players with potential prospects of further development should be recruited to all the football clubs, but this articulation pathway was not given priority in the development of soccer in both places, losing the talents of many young football players at the school level.

Local universities that have football teams should also be linked to the First Division football clubs so that a young source of players can be provided continuously, while football scholarships should be offered and expanded to those students who show football talents and who wish to pursue their studies at the university level.

All secondary schools in Macau and Hong Kong should be arranged to connect with and support specific football clubs in either the First Division in Macau or the Premier League in Hong Kong. Sadly, no such effort was made so that schools and football clubs can be attached in a more organized, systematic and comprehensive manner.

The Greater Bay Area plan provides a golden opportunity for the co-prosperity and co-development of football in all the cities, but so far no effort has been made by Macau, Hong Kong and Guangdong to promote football in a more organized and innovative way.

It is high time for the governments of Macau and Hong Kong to think harder and show leadership in the modernization of football in the two places, making full use of the development of the Greater Bay Area to forge partnerships with mainland football association, and providing real support for the local Football Associations for the sake of achieving real breakthroughs in football modernization.