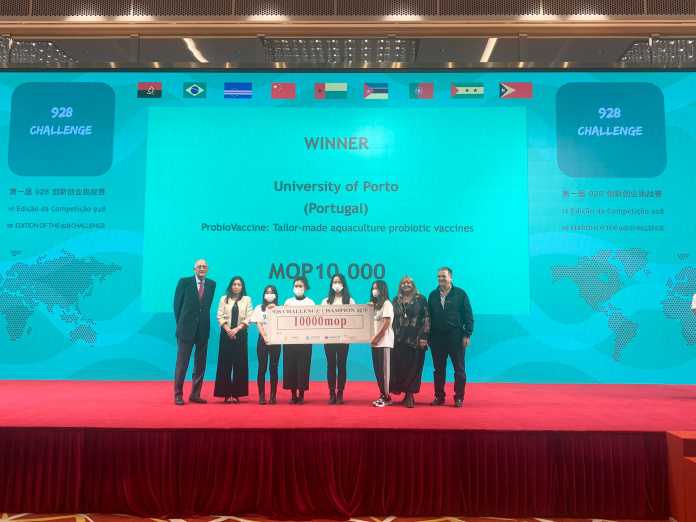 By José Alves and Marco Rizzolio

When exploring statistics about Portuguese-speaking countries, one finds that, apart from Portugal, most of these countries are heavily dependent on exporting their natural resources. One way to foster the growth of these economies is to support their transformation from a resource-based economy to a value-added economy; these countries need to produce value-added goods and services and move up in global value chains. Education and innovative entrepreneurship is the way forward to aid this transition.

The first edition of the 928 Challenge start-up competition between university students from China and Portuguese-speaking countries ended on the last Saturday of October at the Complex of the Forum Macau, with sixteen teams pitching their proposals to a panel of judges composed of business executives. The teams were required to present new business ideas that addressed the sustainable development goals and the cooperation between China and the Portuguese-speaking countries. The event was co-organized by the Forum Macau, City University of Macau, Shenzhen University, and the United Nations University Institute of Macau.

We had the vision for the 928 Challenge earlier this year after experiencing months of online classes. We noted that students, more than anyone else, can quickly adapt and grow in online environments. Their ability to communicate through social media channels is remarkable. Our work during the pandemic gave us the insight to unite universities and students from China and Portuguese-speaking countries around entrepreneurship. We did not know what to call the event. Inspired by the simplicity of Chinese sigla, we decided to evoke the nine cities of the Greater Bay Area, the two special administrative regions, and the eight Portuguese-speaking countries – therefore, the name 928 Challenge.

Knowing that many traveling restrictions would remain for a while, we identified an opportunity to organize the 928 Challenge in a blended format and bring the organizing costs down to a low level. We aimed to leverage digital technologies to link students, universities, and communities across all continents. Given the distances and time zones between China and the Portuguese-speaking countries, we knew we would face challenges. Still, we believed that the initiative would be appealing and attract students.

We prepared our pitch for the 928 Challenge and presented it to Forum Macau on the first week of April 2021. Our counterparts immediately understood the vision of the 928 Challenge and readily embraced it. Receiving this immediate and spontaneous support gave us the courage to execute our vision. We worked with determination for several months to mobilize support, sponsors, universities, and students. We contacted departments of the Macau SAR Government and private companies. The companies replied swiftly and came forward with sponsorships that were fundamental.  Their quick action gave us additional confidence. We approached government departments gradually according to their roles in the construction of the Macau platform. As expected, they also provided crucial institutional support.

The most challenging, yet rewarding work appeared when we contacted universities and students from all the participating countries. We used all our personal and institutional contacts to get teams registered on the event’s website. The response came in very different ways. A few partner universities from the Greater Bay Area and other provinces in China enrolled their teams quickly, while the universities from Portuguese-speaking countries took longer. We were aware of, but not fully prepared to deal with geographical, cultural and, more significantly, technological barriers. We all speak the same Portuguese language, but there are differences which need to be better appreciated. We spent many hours contacting university leaders, professors, and students in all countries. We used multiple channels and sent out hundreds of emails, messages, and telephone calls. To reach out to people in different time zones, we called them whenever convenient – from our early morning hours to very late hours at night. Moreover, we did this non-stop for several weeks. Gradually, we built a very extensive network across Portuguese-speaking countries and China.

Despite this effort, only about 25 teams had registered with eight weeks to go for the opening. Four weeks later, the number increased to 50 teams. With the deadline approaching, the registrations increased by the day. When registration closed, we received 153 teams representing 51 universities and almost 800 students from all nine countries. This overwhelming participation was beyond all our expectations. We were thrilled. Aware of the scale of the project, we immediately asked our students and colleagues to volunteer and offer time to support in all areas. A few weeks before the final event, we learned about the postponement of the Macau International Fair, and we could no longer host the final event there. Fortunately, the Macau Forum once again jumped in and unconditionally offered to host the event.

We designed and delivered an online start-up training and mentorship program, or “boot camp,” for two weeks in October. During the boot camp, teams from China had the opportunity to learn about the business dynamics and environment in the Portuguese-speaking countries: Angola, Brazil, Cape Verde, Guinea Bissau, Mozambique, Portugal, Sao Tome e Principe, and Timor Leste. On the other hand, teams from Portuguese-speaking countries learned about the Great Bay Area of China and its vibrant market of 60 million people. The boot camp was broadcasted on a live stream to all countries – this was a considerable challenge primarily due to internet accessibility.

At the end of the boot camp, we received pitch decks and videos from 89 teams and engaged a team of 20 judges during five days to select 16 teams to enter into the finals. A couple of the finalist teams, from Guangzhou and Shenzhen, traveled to Macau and joined the final event with three Macau teams. All the other teams participated online and on video in the final event. The enthusiasm of the online teams was high. A Brazilian team eagerly waited to enter online and did it when it was already after midnight in Brazil. The team from Guinea Bissau was even more anxious and waited until 4:00 AM to watch their video and respond to questions from the judges. A dream and willpower drove these students.

The winning teams presented ideas that addressed severe and significant societal problems—the team from Portugal, University of Porto, proposed vaccines for under-provided aquaculture farms in China. Students from the Lusophone University of Guinea-Bissau proposed solar energy for a region in their country which does not have electricity. A team from Guangzhou Polytechnic Normal University proposed a traditional Chinese medicine treatment to prevent increasing rates of coronary diseases in Portugal. A team from Brazil, the State University of Rio de Janeiro, proposed to reuse rice husks from China to produce fertilizers for the growing agriculture sector in Brazil.

The solutions offered by the finalist teams show unequivocally that the Macau platform is possible. It requires substantial effort to reach out to geographically distant communities with distinct cultures and needs. The platform needs active collaboration among people and institutions from all countries and, more importantly, it needs to provide incentives and resources to new initiatives like this one.

Several participant teams in the 928 Challenge proposed start-ups that address basic human and social needs such as food, agriculture, energy, health, and communication. These are development problems that can be solved with the knowledge and technologies available in Macau. These communities have development needs which most developed cities in China and Macau have already overcome.

The Macau business people have privileged access to the emerging and growing Portuguese-speaking markets and need to use that strategically. Otherwise, others will do it. In conclusion, the Macau platform is possible – it is within our hands to make it happen.  The 928 Challenge is just eye-opening.  The platform is possible when we get out of our comfort zones and play to the strengths of Macau – interculturality, languages, and adaptability. 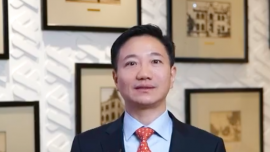 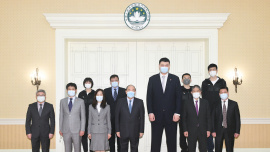