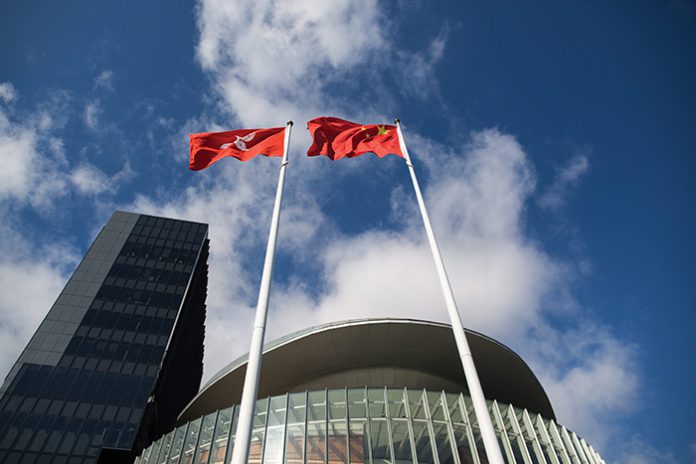 Judging from the rapidly developing events in Hong Kong and the remarks made by the officials of the People’s Republic of China (PRC) last week, the politics of implementing patriotism is now undergoing a process of institutionalization, which includes inevitable electoral reforms to “re-stabilize” the political system.

On February 22nd, the Director of the PRC State Council’s Hong Kong and Macau Affairs Office, Xia Baolong, delivered an important speech during a seminar on the implementation of the principle of “patriotic people ruling Hong Kong” in Beijing.

Xia raised three criteria of “patriotic people ruling Hong Kong.” First, they must “wholeheartedly protect national sovereignty, security and development interests.” Second, they need to “respect and protect the foundation system of the nation and the constitutional order of the Hong Kong Special Administrative Region (HKSAR).” Third, they must protect Hong Kong’s prosperity and stability.

He also expressed four requests on the ruling elites in the HKSAR. First, they must “accurately” implement the principle of “one country, two systems.” Second, they have to persist in the principle and be bold in shouldering their responsibilities.” Third, they must embrace “a broad national acumen.” Fourth, they must be “sincere and united.”

The most interesting aspect of Xia’s speech is that he criticized those people who were “anti-China and causing chaos in Hong Kong” for entering the HKSAR’s governing structures, such as the Legislative Council, the Chief Executive Election Committee and District Councils, through all kinds of elections. These people, according to Xia, have made used of the political structures as “platforms” to spread politically unacceptable ideas, to resist the central government’s governance and to instigate public discontent and dissatisfaction with the HKSAR administration. Xia remarked that the root of the entry of these people into the political structures was that the principle of “patriotic people ruling Hong Kong” was “not comprehensively implemented.”

As such, Xia said that, to implement the idea of “patriotic people ruling Hong Kong,” the electoral system will have to be adjusted to “guarantee fair, just, open elections” and “to stop those who are anti-China and causing chaos and those who are the international elements of opposing the PRC from entering the HKSAR’s power structures.” He added that the Hong Kong electoral system must not simply copy from the West and that it should be suitable for the local circumstances. Moreover, the “executive-led system” will have to be realized and implemented, with the Chief Executive playing a core role in the political system to improve the electoral system, to enhance governing capacity, to elevate governing standard, and to promote good governance.

Xia’s politically significant speech was followed up immediately by the HKSAR government on February 23rd, during which the Secretary for Constitutional and Mainland Affairs Erick Tsang Kwok-wai remarked that the government would revise the existing related legislations in the Legislative Council (LegCo) to delineate the criteria of whether existing District Council members would be disqualified and barred from participating in elections for five years. The draft legislation on the public officers, including those who participate in elections and who are currently serving ones, is composed of six aspects: (1) the legislation clearly states that one has to abide by the Basic Law and be loyal to the HKSAR; (2) District Council members will have to take the related oaths; (3) the existing oath and declaration legislation is going to include concrete demands, notably the effect of those who refuse to take the oaths or who neglect to do so; (4) the persons who supervise the oath-taking ceremony will be standardized; (5) a related mechanism over the existing legislations on LegCo and District Council will be spelt out, stipulating that those who violate the oath-taking requirements or who do not conform with the need to “support the Basic Law and be loyal to the HKSAR” will lose the eligibility of becoming public officers; and (6) restrictions will be added to the existing elections held for the Chief Executive, LegCo members and District Council members so that anyone who violates, refuses, or neglects the oath-taking requirements will not only lose the eligibility of being public officers but also be barred from being nominated and elected within five years.

Tsang added that the revisions of the existing legislations are in conformity with the interpretation of the Basic Law’s Article 104 as interpreted by the Standing Committee of the National People’s Congress (SCNPC) in November 2016. The revised legislation will be submitted to the LegCo for deliberation on March 17th.

He also mentioned that, procedurally in the process of disqualifying elected public officials, the Secretary for Justice will be able to, in accordance with Article 73 of the LegCo Ordinance or Article 79 of the District Council Ordinance, seek the court’s action to declare an elected officer concerned to lose his or her seat. Once the Secretary for Justice initiates such legal proceedings, the public officer concerned would automatically terminate his or her office until the court makes the final decision. Third, if the public officer concerned is dissatisfied with the court decision, he or she can appeal directly to the Court of Final Appeal to speed up the process of appeal. Hence, “a super-appeal system” will be established.

Most importantly, a list of positive and negative elements that will lead to the process of disqualification will be delineated and codified. Positively, those public officers who are secure in the political system embrace those (1) who support the PRC constitution and the HKSAR’s constitutional order; (2) who protect the PRC national sovereignty, national unity, territorial integrity and national safety; (3) who support the fact that HKSAR is an inseparable part of the PRC and that the central authorities can exercise its governing power over the HKSAR in accordance with the Basic Law; (4) who maintain Hong Kong’s prosperity and stability under the parameters of the Basic Law: and (5) who are loyal to the HKSAR and protect its interests. Negatively, those who will be subject to disqualification include the following features: (1) engaging in action and behavior that endangers national security; (2) refusing to accept the PRC’s exercise of its sovereignty over the HKSAR; (3) “publicizing or supporting the idea of ‘Hong Kong independence’;” (4) seeking the help of foreign government or external organization to intervene in the HKSAR affairs; and (5) denigrating or degrading the national symbols such as the national anthem.

On February 23rd, the website of HK01.com reported that five models are proposed for the idea of implementing “patriotic people ruling Hong Kong.”

First, an authoritative mechanism would be established to screen out the candidates participating in the Chief Executive, LegCo and District Council elections. Another possibility is to revamp the existing Election Commission by adding and making political appointments so that the Commission would become an effective screening mechanism.

Third, the LeCo’s geographical constituencies will likely be changed from having five large constituencies to increasing them to eighteen or even twenty constituencies in which only a very few, say two, candidates would be elected to the legislature. The idea is to make each of the constituencies smaller so that the small groups with politically radical members will find it very difficult to be elected. Another possibility is to change the five large constituencies into eight or nine constituencies so that, in each constituency, three to five candidates would be elected to the legislature. While the first alternative would more likely make radical democrats difficult to enter the LegCo, the second alternative has been questioned by some pro-government elites as problematic, because the democrats remain quite strong in direct elections during which the proportion of democratic votes is often 55-60 percent and that of pro-government votes is 40-45 percent.

Fourth, LegCo’s functional constituencies will likely be changed, especially the five super-seats in which the candidates are returned from District Councilors and then they compete in direct elections. Replacing the super-seats constituency will likely be new functional constituencies that may lead to candidates elected to LegCo through consultation rather than elections. In this way, the democrats will find it very difficult to get half of the seats in the LegCo.

It remains unclear whether the electoral reforms can be handled quickly and timely so that there will be elections in September 2021. However, a mainland expert on Hong Kong, Tian Feilong told the Hong Kong Cable TV news on February 25 that three months would be needed to formulate and finalize election reforms. On February 27, the Secretary for Constitutional and Mainland Affairs Erick Tsang said the situation remains unclear, and much depends on the central government’s decision. If so, the unknown factor will be whether the central authorities decide to push forward its electoral reform plan quickly in the HKSAR. The coming weeks and the next two months will witness a much clearer roadmap and blueprint for electoral reform.

In short, the last few days have witnessed unprecedented developments in the discussion of how to implement the idea of “patriotic people ruling Hong Kong.” Basically, the PRC authorities responsible for Hong Kong affairs are trying to institutionalize the principle of “patriotic people ruling Hong Kong” through electoral reforms and legislative amendments. While the LegCo itself has been deliberating on its internal Standing Order on how to penalize legislators who may “misbehave” within the legislature, outside mechanisms embrace, firstly an authoritative body screening the eligibility of both candidates running in elections and elected public officers, and secondly a comprehensive electoral reform blueprint at the Chief Executive, LegCo and District Council levels. Finally, and most importantly, the procedures of disqualifying elected public officers will be in place so that the idea of “patriotic people ruling Hong Kong” will be legally codified and politically delineated. The Hong Kong case clearly demonstrates how patriotism can be and will be politically institutionalized.

January 26, 2022
A live preview for a Netflix documentary on Brazilian soccer star Neymar attracted more than...