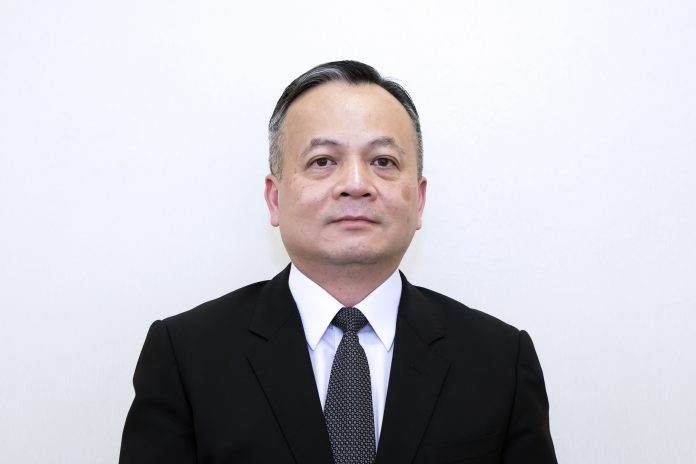 After all when he took over the job in June, 2020 from the outgoing director, Paulo Martins Chan, he inherited a long list of labours he was to accomplish in a short period of time.

He was expecting to continue the works to revise the current gaming law and prepare the future gaming concession tender until 2022, continue to rein in the junket sector via stricter regulations while dealing with the downturn of the gaming sector under the Covid-19 pandemic.

Since then a world of events has taken place, gaming results plunged to all-time lows, the gaming watchdog greatly increased the maximum cap of personnel inspectors by more than double, the public consultation for the new gaming law was initiated and another killer blow was made to the city’s junket sector with the arrest of Sunicty boss, Alvin Chau, this month.

However, I must say I don’t remember ever hearing him make any public statement since then, in sharp contrast with his predecessor, who in general was almost always willing to speak to the media, either in public events or interviews.

On most occasions, it ends up being Secretary for Economy and Finance Lei Wai Nong to comment on the sector’s development to journalists. When the draft of the new gaming law public consultation document was revealed, Lei and a DICJ legal advisor responded to most questions, with Ho standing silent on the side.

As its hierarchical superior it would make sense, but it is a departure from the previous norm.

In fact, during all sessions in the 45-day gaming law public consultation, I believe Ho attended most, however, he barely made any comment, with all the talking made by his subordinates.

Events where the DICJ was a common feature, integrated resort openings or gaming fairs, have also gone by without the presence of the director.

Ho was even not present in the closing ceremony for a responsible gaming initiative co-led by the DICJ and the Social Welfare Bureau.

The only time the DICJ head was known to have made a public comment was in the swearing-in ceremony for the newly appointed DICJ Deputy Director, Lio Chi Chong.

At the ceremony, Ho was said to have praised the experience and knowledge in criminal investigation and data protection law.

How do we know that? From a public release issued by the Government’s Information Bureau, since the whole ceremony was not open to the media.

Adriano Ho previously served as head of PJ’s gaming-related and economic crimes investigation unit from 2012 to 2014 and has been one of the top advisors to the Secretary for Security so I imagine he knows a thing or two about keeping a secret.

Still, even police department and security force directors in the SAR provide more public comments than the head of the department responsible for overseeing the city’s most important sector.

Does he have direct orders to be more low profile considering how high-profile his predecessor was? We can only speculate.

The gaming sector has been greatly upended in the last two years and one just needs to hear the constant drumming of economic diversification by local and central authorities to know its role in the SAR will be forcibly reduced in the incoming years.

There has been very little clarity by the administration concerning its exact plans for the sector and its major players, so yes, it would be nice to once in a while be able to hear Mr. Ho’s voice on the work he has been carrying out in the last two years and plans to carry out in the future.