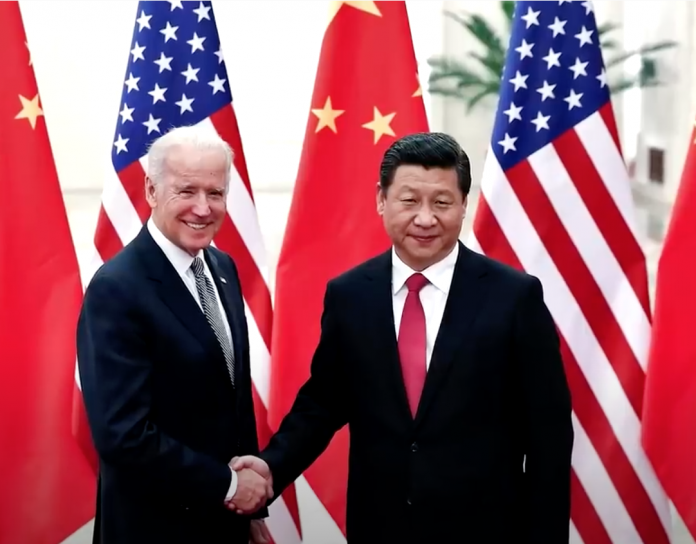 The White House’s readout on September 9 was brief, saying that the “two leaders had a broad, strategic discussion in which they discussed areas where our interests converge, and areas where our interests, values and perspectives diverge.” The readout added that Biden and Xi Jinping “agreed to engage on both sets of issues openly and straightforwardly.” From Biden’s perspective, such discussion was part of the American “ongoing effort to responsibly manage the competition” between the two sides. Biden emphasized the American “enduring interest in peace, stability, and prosperity in the Indo-Pacific and the world and the two leaders discussed the responsibility of both nations to ensure competition does not veer into conflict.”

The Xinhua published a report on the phone discussions between the two leaders on September 10, saying that both “had candid, in-depth and extensive strategic communication and exchanges on China-US relations and relevant issues of mutual interest.” President Xi noted that both countries “are respectively the biggest developing country and the biggest developed country;” that “whether they can handle their relationship well bears on the future of the world;” that “it is a question of the century to which the two countries must provide a good answer;” and that both sides “need to show broad vision and shoulder great responsibilities” by looking ahead and pressing forward, demonstrating “strategic courage and political resolve,” and bringing Sino-US relations “back to the right track of stable development as soon as possible for the good of the people in both countries and around the world.”

Judging from the Whitehouse’s brief description focusing on the need for both sides to handle their interests of convergence and divergence, and from Xinhua’s more detailed statement pointing to President Xi’s emphasis on bringing Sino-US relations back to “the right track of stable development,” it is crystal clear that the process of trust-building has made a breakthrough at the top level of the US and China.

The Xinhua report added that, according to President Xi, “on the basis of respecting each other’s core concerns and properly managing differences, the relevant departments of the two countries may continue their engagement and dialogue to advance coordination and cooperation on climate change, Covid-19 response and economic recovery as well as on major international and regional issues.” In other words, both sides are expected to deepen and accelerate their constructive discussions on issues of mutual interests. After all, climate change, Covid-19 and economic recovery are the main concerns of not only Sino-US relations but also other countries in the world. The Xinhua statement pointed to the areas of common concerns.

Most importantly, the Xinhua statement touched on two important issues with consensus: namely “Biden said that the two countries have no interest in letting competition veer into conflict, and that the US side has no intention to change the one-China policy.” The Whitehouse readout did mention that both side’s competition should not be allowed to “veer into conflict,” but it did not openly emphasize the one-China policy as what Xinhua’s report did.

Apparently, the US manages the Republic of China (ROC) in Taiwan both strategically and ambiguously. Although President Biden mentioned in his phone talk with President Xi that the US has no intention of changing its one-China policy, it remains to be seen how the US will tackle the issue of Taiwan. On September 19, it is reported that the US government may allow the Taipei Economic and Cultural Representative Office (TECRO) to be renamed as Taiwan Representative Office. Although this move was already reported in Taiwan as early as December 2020, whether this move would worsen US-China relations remains to be observed.

Before the Biden-Xi phone discussions, the previous talks between US officials and their Chinese counterparts were not very fruitful. Quite often, both sides went into open disagreement, signaling a kind of megaphone diplomacy. If diplomacy embraces silent but calm and rational discussions to solve the problems concerned, the most recent phone discussions between President Xi Jinping and President Biden represented a good model of mutual engagement at the highest level so that the middle- and lower-level officials will follow suit in a closed door setting but with calm, rational and constructive approach to deal with a multiplicity of issues, including trade, climate change and Covid-19 cooperation.

It is reported that some businesspeople in the US have urged Washington to deal with the Chinese tariffs imposed on US goods, and that the American retail sector has been lobbying Washington to let more Chinese products to go into the US market. Apparently, the trade war has hurt the US side to some extent. As such, the US-China discussions of diluting their trade war and returning their bilateral trade to normalcy would become a win-win situation beneficial to the consumers and businesspeople from both sides.

After all, in the era of economic interdependence and globalization, trade war is a legacy of the relatively hawkish and over-protectionist policy adopted by the Trump administration toward the PRC, which was forced to take retaliative measures against the US. If the origin of the trade war stemmed from the US administration, it is up to the Biden government to gradually untie the knot and return the US-China trade relations to a normal situation. In a sense, the recently sudden delay in the incorporation of the PRC’s Anti-Sanctions Law into the Basic Law of Hong Kong and Macau was perhaps a goodwill and positive gesture from Beijing in the handling of Sino-US relations. If so, the US can and should perhaps do more to tackle the trade disputes from both sides in a more constructive manner.

On the perception of military “threat” from the PRC, it is natural that the US military has been adopting such a threat perception because of the rapidly rising military ascendency of China. Yet, if both sides of the military leaders are engaging in mutual dialogue, communication and trust-building process, the so-called military conflicts between the US and China can and will be hopefully avoided.

Rather, the more troubling issue remains how the US is going to handle Taiwan’s political future. The hawks within the US administration have been portraying the PRC as having “aggressive” military moves against Taiwan – an assumption that has perhaps played down the intention of PRC leaders to resolve the future of Taiwan by peace rather than by force. Given that President Xi Jinping and his think tank members are emphasizing the Chinese renaissance, peaceful reunification with Taiwan will likely be a policy priority sooner or later. The crux of the problem is whether the US can and will rein in the separatist forces that dominate the Taiwan political landscape.

In September, a sudden silver lining appears in the prospects of Beijing-Taipei relations because of the ongoing election of party chairman in the opposition Kuomintang (KMT or Nationalist Party) in Taiwan. Chang Ya-chung, a dark blue candidate running for the party chair position, has proposed a daring and yet apparently feasible formula to achieve a breakthrough in Beijing-Taipei relations during his election campaign. He openly put forward an idea of proposing a peace agreement between Taipei and Beijing, an agreement that would be endorsed by the KMT and then put forward as a platform for the Taiwan people to vote for it during the early 2024 presidential election.

Chang’s platform in his campaign is the most daring and potentially most important attack against the other three candidates, including incumbent Johnny Chiang, former party chair Eric Chu and candidate Cho Po-yuan. While Chang is now emerging as the most popular candidate among Taiwan netizens, Cho floated an interesting idea of inviting President Xi Jinping to visit Taiwan after he were elected as the party chairman. Cho’s daring idea was mocked by observers, but the rapid emergence of Chang is pointing to not only a KMT revival but also a possible package of achieving breakthrough in Beijing-Taipei relations. In terms of proposing new ideas to deal with Taipei-Beijing relations, both Johnny Chiang and Eric Chu are performing in a mediocre way and demonstrating a poverty of creative, bold and feasible solutions.

In conclusion, the most recent telephone conversations between President Xi Jinping and President Joe Biden represents a significant breakthrough in the process of building trust in Sino-US relations. Although both countries have divergent interests, values and perspectives on a whole range of issues, Beijing and Washington are looking forward to searching constructive solutions on issues of mutual interests and consensus, focusing on such matters as climate change, Covid-19 and economic recovery. Trade is a bilateral issue that can be tackled more effectively and swiftly with a win-win situation to both sides. On the issue of Taiwan’s political future, however, both sides need more political wisdom and innovative solutions. In this aspect, the current KMT party election has already triggered some innovative ideas, including those from the underdog Chang Ya-chung and the least hopeful Cho Po-yuan. Yet, if politics remains the art of the possible as Bismarck pointed out, then the quest for constructive, innovative and yet feasible solutions to tackle Taiwan’s political future in the critical year of 2024 and beyond will be the most critical test for the further breakthrough in Sino-US relations.