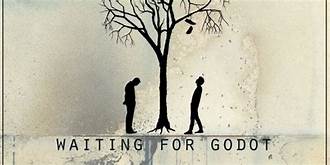 The first half of this year is over. All figures and facts from the period are subject to intense scrutiny, as people try to make sense of what to expect in the second half of 2020: how far they will have to prepare to endure, and where a new horizon may lay.

Most of the focus so far has been directed to the casino losses. They are the core of this economy. Surely, business organizations set up to deal with the thousands cannot survive long, in their present form, with just a fistful of both patrons and dollars. Unless the ultimate goal was to finish with them in their current form, everyone understands the current situation cannot be sustained for long, regardless of how much revenue they made in the past.

The data coming out from other economic sectors reinforces the sense of gloom. The last available figures (April and May) for occupancy rates on hotels hang below twelve percent. The rout was even bigger for five-star hotels, comprising the bulk of rooms, guests, and income from the activity. There, the occupancy rate was falling to just over five percent. The few visitors we have are moving definitely to cheaper alternatives.  The low-end lodgings (two-star accommodations and guesthouses) held on better, but they are marginal in the sector.

The regular survey made to retail businesses also provides a sobering reading. The latest figures for April indicate that 88 percent of the respondents reported a loss of revenue relative to the previous year. Overall, one-third of them report losses above 80 percent. In some sub-sectors, more than half declared such a whooping a plunge.

For most businesses in town – the public administration is a matter aside – bringing in the people, and their money, is becoming a matter of life and death. For many small companies, it already is.

Effects on income and unemployment have been managed so far with the typical buffers – dismissal of non-resident workers and dollops of public money – and miscellaneous palliatives: wage reductions, compulsory holidays, temporary lay-offs, and the sort.

There is a moment when those situations will become unsustainable, and unemployment will bite harder. Families’ income pains will become more intense and visible. Social tensions will likely rise. It is time to start looking with another sense of urgency for alternative approaches, other than expecting the outside world to become safe again.