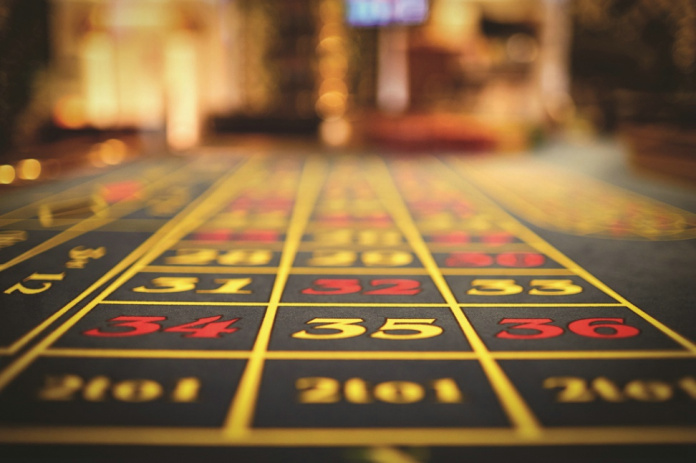 The president of the Court of Final Appeal announced, in his speech at the formal opening session of the judicial year 2022/2023, that “in due course, the Court of Final Instance will issue (…) a unification judgment with binding effect on the issue of whether the six [casino] gaming concessionaires are companies operating on an exclusive basis, to determine whether the more than 50.000 employees of these companies are equated to “public servant” for the provisions of the Criminal Code (…), to decide whether they should be convicted as perpetrators of crimes whose subject is a public servant.”

With no parallel in the 1886 Criminal Code, the (current) 1995 Criminal Code equates (for criminal purposes) some entities to public servants, including “[t]he members of managing, oversight, and other boards and the employees of state-owned companies, companies whose share capital is whole or majority-owned by the state, as well as concessionaires of public services or assets or companies operating on an exclusive basis” (Article 336(2)(c)). The inclusion of this provision was not, at the time, free of criticism. According to the 1995 Report of the working sessions dedicated to the future Criminal Code of Macau, the Legislative Assembly considered that the provision was “too broad” by including “workers who clearly should be excluded, such as those of state-owned companies and concessionaires.”

At stake is knowing whether or not the casino gaming operators fall within the scope of “companies operating on an exclusive basis.”

When the Criminal Code was approved, each type of gambling permitted in Macau (casino games of chance, mutual betting, and operations offered to the public) was granted under a monopoly regime. Thus, there were no doubts regarding STDM, the previous concessionaire of the exclusive for the operation of casino games of chance. The same does not apply to the current casino gaming operators in the framework of the closed oligopoly resulting from the “liberalisation” of the casino gaming sector that started in 2001.

The issue is pertinent and has consequences on at least three different levels.

Firstly, as equating to public servants becomes binding case law, the employees of the casino gaming operators will be punished more severely than if they did not have that quality. Some common crimes will no longer apply to them but to what the doctrine calls “improper functional crimes,” i.e., crimes that, although similar to certain common crimes, are specifically designed for the civil service with more severe penalties. Imagine the case of a dealer who illegitimately appropriates casino gaming chips for his profit. Once the equating is established, the conduct is punishable as embezzlement by a public servant, a functional crime (i.e., applicable only to those who are public servants) punishable by imprisonment of 1 to 8 years and not, depending on the circumstances, as criminal breach of trust or theft, both (common) crimes punishable by imprisonment of up to 3 years or a fine.

Secondly, equating to public servants means that certain conduct of the employees of casino gaming operators can be criminally punished, which would not happen if there was no equating. There are crimes (called “proper functional crimes”) that only apply to those who are public servants. This is the case of the crime of abandonment of functions, which applies, for example, to a board member who illegitimately abandons his duties or neglects to perform them to prevent or interrupt, in this case, the activity of the casino gaming operator.

Moreover, it is a topical issue.

As stated by its president, the Court of Final Appeal will (“in due course”) issue a unification judgment with binding effect.

The unification judgment with binding effect derives from an appeal against the opposition of judgments in the absence of binding case law. In other words, it results from an appeal lodged against a judicial decision that is in opposition (by adopting the opposite solution) to another decision of the same or a higher court “on the same fundamental question of law and in the absence of a substantial change in the legal framework.” The unification judgment with binding effect is published in the Official Gazette and, from that moment onwards, constitutes binding case law for the courts in Macau.

Notwithstanding the lack of unanimity sometimes observed among the panel of judges of the Court of Second Instance, which is evident in the dissenting opinions in some of the judgments rendered on the matter, it has been a constant jurisprudence of the Court of Second Instance to consider the casino gaming operators as “companies operating on an exclusive basis” and, consequently, “[t]he members of managing, oversight, and other boards and the employees” as equated to public servants.

The Court has held that the number of concessions is not the decisive factor and that “‘exclusivity’ should not be confused with monopoly’” because “a plurality of casino concessionaires does not imply that there is a liberalisation of that sector of the economy.” In other words, granting concessions to various entities does not mean that the operation of casino games of chance has been transformed into a freely accessible activity. Exclusivity is maintained if there is a limitation on the number of entities that may exercise the activity.

Regardless of the soundness of this reasoning and the criterion used for equating, given the (vital) weight that casino gaming revenues represent in the public accounts of Macau, it is believed that equating to public servants should always apply to the casino gaming operators. It dictates the nature of the casino gaming concession and the special collaboration relationship between the grantor (the Macau SAR) and the concessionaires.

The operation of casino games of chance is, by law, a reserve of the Macau SAR. The concessions for such operations are public concessions (granted by administrative contract) where, as Freitas do Amaral stated (O Caso do Tamariz [The Tamariz Case], O Direito, year 96, 1964), there is not a “right of the private individual that is exercised with the State’s authorisation, but rather a right of the State which the private individual exercises through a concession.” Furthermore, and as the Substantiated Report drawn up by the Public Tender Commission in 2002 makes clear, a concession for the operation of casino games of chance implies “the exercising of an activity that is the reserve of a granting public legal person, legally subtracted from private initiative, by another person, in order for the latter to perform this itself and at its own risk, albeit in the general interest.”