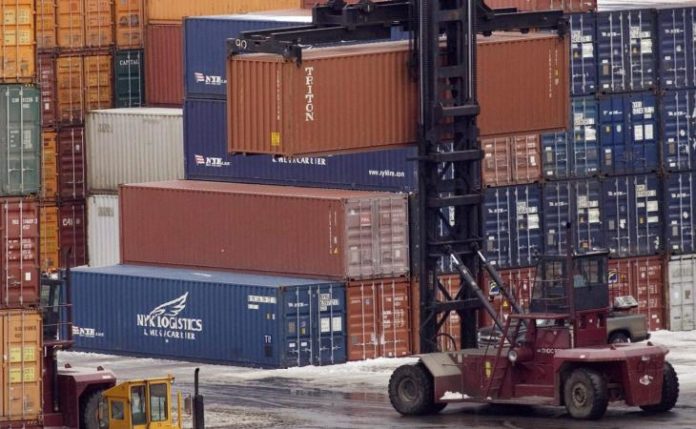 Data for November external trade is out. Cumulative figures up to that month provide us with a fair view on what to expect from the year, trade-wise. Whatever December brought will take another month to become known but is unlikely to change the 2021 picture significantly. On the face of the figures, one might be tempted to conclude that 2021 was a great recovery year.

Remember that in 2020 overall exports had fallen by about 15 percent, compared to the previous and last ‘normal’ year. Even then, the contraction in exports was neatly less sharp than the overall economy shrinkage.

If we pick the data for January-November this year and compare it with the results for the two previous years, the results are impressive. Total exports were up by 25 percent relative to 2020, and even above their level in 2019, by almost five percent.

In the textile sector, which was once one of the pillars of the local economy, figures are striking. Clothing exports, which had only marginally contracted in 2010, were booming. They stood almost sixty percent over their level in 2019. Not only exports grew in absolute terms, but their share of total exports also rose significantly, roughly doubling since the pandemic started.

These figures may not mean the sector renaissance but may point to a re-alignment of its role in the regional specialization in terms that the very different operating environment notwithstanding may be reminiscent of previous times.

However, one must also not forget that most exports are re-exports; that is, goods imported and then exported without domestic transformation. The local economy functions as an entrepot, as it were. Overall, domestic production has stood around 15 percent of total exports for the last years, giving or taking a couple percentage points.

Although overall re-exports stagnated last year, some categories’ results could not be more expressive. Re-exports of watches and jewelry, for instance, were above their level in 2019 by about 45 percent and 54 percent, respectively. Not the most anticipated type, but some diversification, one might say.

But it is the imports figures that strike the most. Who would expect that products such as motor vehicles would be almost double their level in 2019? Or bags and beauty products imports would be almost going through the roof, nearly tripling or quadrupling, respectively? But that’s a matter for another time.