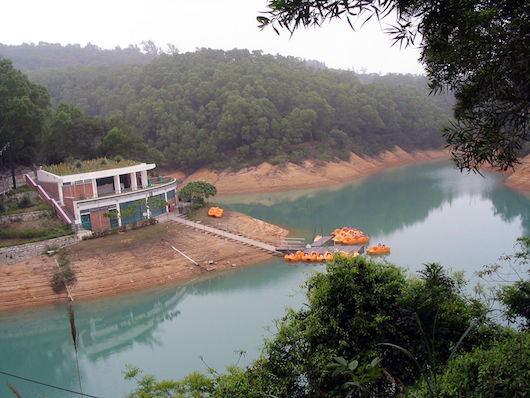 As local residents, we got used to some public bathroom facilities in the SAR to be scary in hygienic terms, but we never thought they could actually attack us.

Last week, we discovered a serious incident of a poor truck driver who, on a hiking outing, ended up with bone fractures in both his feet after he was hit by a falling washbasin and construction debris at the Hac Sa Reservoir while washing his hands.

This man can only go around now in a wheel chair and won’t be able to work for the about three months it will take for his fractures to heal properly.

As bad as it is, if this stone slab could so easily cause this kind of injury, imagine if it had fallen on his head or on a toddler. We would probably be talking of a more tragic affair by now.

The Municipal Affairs Bureau were quick to say that they will investigate the responsibility of the contractor responsible for the work and suspended the award of any public contract works for a six-month period.

According to legislator Agnes Lam, who decided to support the driver in pursuing accountability and likely a compensation from the government, in this case, the contractor was awarded through selective tendering which, unlike a public tender, invites several designated contractors to tender before final approval.

However, as with many other public contractors, the lowest bid many times ends up being the selected one, and quality and experience considerations loose some of their weight in the process.

We don’t know the real reason why this stone slab fell, but regardless of what an investigation will reveal, it is the municipal authorities’ responsibility to assess if the work carried out by its contractors fulfils the necessary quality standards.

This is a public toilet facility and not large-scale infrastructure, but it’s proof of how even an innocuous facility like this can end up causing major issues due to lack of oversight when inspections are carried out.

In this case, it’s likely this man will be entitled to a compensation – and rightly so – maybe with city funds, so let’s hope it can at least serve as a lesson to the IAM, that sometimes saving some buck ends up costing you more in the long run

December 8, 2022
President Vladimir Putin on Wednesday accused the UN and other international organisations as well as...