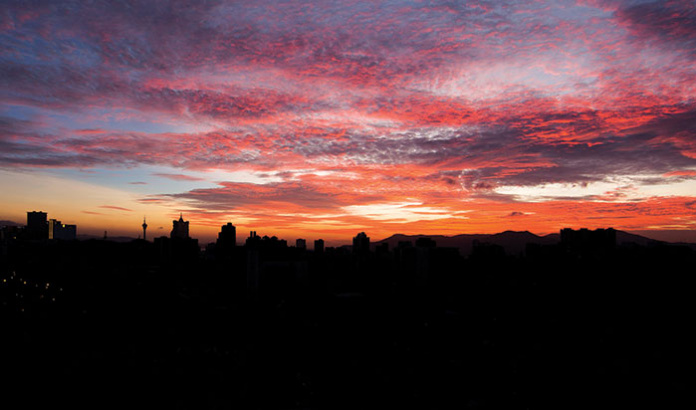 As the new year approaches fast, we are naturally somewhat impatient to start ‘closing the accounts’ of the current year. However, it is a (sad, some would say) a fact of life that our knowledge always runs somewhat behind the times.

Our short-term analysis and expectations often depend on (hopefully) educated guesses. No matter how hard we try to reconcile observable, anecdotal evidence and hard statistics that will inevitably be dated to some degree when published.

Somewhere in between, if we may say so, lie the surveys made to the economic agents. These reflect the understanding and perceptions of those ‘living’ through the situations. At least in principle, they are the ablest to decipher the messages in the wind or identify the direction and strength of the waves. That is as close as we can get to having actual monitoring devices inside the economic engines.

It is an observable fact that the city has been livelier lately. Indeed, it is far from its most festive moments, which were even at times excessively so.  But certainly, also moving away from its most dispiriting times in the last couple of years.

If initial expectations for this year had materialized, the second half of the year should have witnessed a robust recovery. Maybe it is coming rather belatedly.  Yet, last year, the second semester also brought a lot of promise that would fade fast in the early months of 2021. The number of visitors rose this second semester and appears to be steadying, which is good news for the many businesses in town that rely on their actual presence to thrive.

However, data from the surveys made to hotels and restaurants in the third quarter suggest the recovery may still prove uneven. Those activities should provide fair signs of the underlying trends. For all the efforts to spare the labor market to the severe economic contraction, total staff in hotels, for example, is still ten percent below its level in the same period last year and 20 percent below the number the year before that. After substantial losses, demand for labor is rising, but so are unfulfilled jobs. Figures for restaurants are not so dramatic but follow a similar pattern.

Those figures suggest the recovery maybe be slower than hoped. Businesses are likely hiring with added caution, and the labor market may remain unbalanced, adding another obstacle to a swifter recovery.