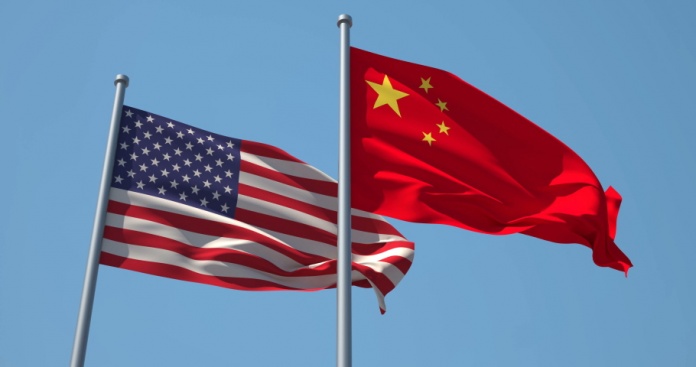 Judging from the two recent phone conversations between the US Secretary of State Antony Blinken and China’s former Foreign Minister Yang Jiechi, and between US President Joe Biden and the Chinese President Xi Jinping, the US policy toward the People’s Republic of China (PRC) is now characterized by strategic competition and patience. Nevertheless, some elements of strategic ambiguities and uncertainties persist, leading to the likelihood of tense and oscillating US-China relations in the coming years.

On January 25th, White House press secretary Jen Psaki spoke to reporters and she revealed that President Joe Biden would like to approach the relations with the PRC with “patience.” She added that PRC President Xi Jinping’s call for world leaders to consolidate macroeconomic policy coordination and the G20 role in global economic governance would not alter the US policy toward China. Her remarks unveiled the importance of strategic patience adopted by the Biden administration.

On February 5, US State Department spokesperson Ned Price said that Secretary of State Antony Blinken spoke with the PRC Director of the Office of the Central Commission for Foreign Affairs Yang Jiechi. Blinken stressed that the US “will continue to stand up for human rights and democratic values, including Xinjiang, Tibet, and Hong Kong, and pressed China to join the international community in condemning the military coup in Burma (State Department’s readout on February 5, 2021).” Moreover, Blinken reaffirmed that the US “will work together with its allies and partners in defence of our shared values and interests to hold the PRC accountable for its efforts to threaten stability in the Indo-Pacific, including across the Taiwan Strait and its undermining of the rules-based international system.”

On February 6th, the PRC Foreign Ministry announced in its official website that Yang had a phone conversation with Blinken “at the latter request.” Furthermore, Yang said that the Sino-US relations “now stand at a key moment” although they “brought great benefits to the people of the two countries and promoted world peace and prosperity.” China, according to Yang, “urges the US to rectify its mistakes over a period of time and work with China to uphold the spirit of no conflict, no confrontation, mutual respect and win-win cooperation, focus on cooperation and manage differences, so as to push forward the healthy and stable development of bilateral relations.”

In response to the ideological and value differences between the two countries, Yang “stressed that the two sides should respect each other’s core interests and choices of political system and development path and manage their domestic affairs well.” Yang added that “the Taiwan question” is “the most important and sensitive core issue in China-US relations” and that it “bears on China’s sovereignty and territorial integrity.” According to Yang, the US “should strictly abide by the one-China principle and the three Sino-US joint communiques.” Furthermore, “Hong Kong, Xinjiang and Tibet-related affairs are all China’s internal affairs and allow no interference by any external forces.”

In response to Blinken’s call for China to “condemn the military coup in Burma,” Yang reiterated the PRC’s position and stressed that “the international community should create an enabling external environment for the proper settlement of the Myanmar issue.”

Judging from the terse statement made by the US State Department and the detailed description from the PRC Foreign Ministry, both Blinken and Yang approached the US-China relations differently. Blinken appeared to adopt a more “low-key” and “patient” approach, while Yang took a firm and open stance.

The more low-key and patient approach adopted by the US side was repeated in how the White House revealed President Biden’s phone call with President Xi Jinping on February 10th. The White House readout said: “President Biden affirmed his priorities of protecting the American people’s security, prosperity, health and way of life, and preserving a free and open Indo-Pacific. President Biden underscored his fundamental concerns about Beijing’s coercive and unfair economic practices, crackdown in Hong Kong, human rights abuses in Xinjiang, and increasingly assertive actions in the region, including toward Taiwan. The two leaders also exchanged views on countering the Covid-19 pandemic, and the shared challenges of global health security, climate change, and preventing weapons proliferation. President Biden committed to pursuing practical, results-oriented engagements when it advances the interests of the American people and those of our allies.”

Coincidentally, the PRC Foreign Ministry issued a detailed description of President Xi’s phone conversation with President Biden, saying President Xi “stressed that China and the US both gain from cooperation and lose from confrontation; [and that] cooperation is the only right choice for both sides.” Furthermore, President Xi added that “confrontation between the two countries, however, will definitely be disastrous for both countries and the world.” The Chinese President also reiterated Yang Jiechi’s point, namely both China and the US should “follow the spirit of no conflict, no confrontation, mutual respect and win-win cooperation” – perhaps a key phrase in the PRC emphasis on the “new” Sino-US relations.

In response to Biden’s mentioning of Hong Kong, Xinjiang and Taiwan, President Xi said: “The Taiwan question and issues relating to Hong Kong, Xinjiang, etc. are China’s internal affairs and concern China’s sovereignty and territorial integrity, and the US side should respect China’s core interests and act prudently.” Moreover, China and the US should “act to conform to the trend of the world, jointly safeguard peace and stability in the Asia-Pacific region and make historic contributions to promoting world peace and development.”

On February 12, President Biden said that the US must improve its infrastructure in view of the PRC’s rapid infrastructure development, including transport and railway system. He also set up a 15-member special task force in the US Defence Department to deal with the US policy toward China. Clearly, the rise of the PRC has already constituted a real threat to the US, militarily and economically. If China’s hard power has been emerging prominently, the US as a superpower naturally sees the PRC as a “strategic competitor.”

The implications of the new US policy toward China are politically significant.

First and foremost, the Biden administration has not abandoned the policies adopted by the Donald Trump government toward the PRC. The Biden administration retains the tariffs on the Chinese products, although it backs off from Trump’s ban on the popular video app TikTok. As the Democratic Party is traditionally supportive of human rights and sees it as a universal value, it is natural that Biden and Blinken stand tough on the “human rights conditions” in the PRC, which the Chinese leaders believe that the US should and must not interfere with China’s internal matters. Unlike the former Secretary of State Mike Pompeo who adopted an open approach to criticizing the PRC, Blinken has been taking a slightly low-key and far more patient approach. The Biden administration has also appeared to focus on the PRC in general rather than the ruling party, which was often the target of the critical remarks of former Secretary of State Pompeo. At least from the perspective of diplomatic interactions, US-China relations have seemingly taken a slight turn for the better.

Second, like the Trump administration, the US under Biden is combining engagement with containment, while the tone of engagement is stronger in the Biden government. The rise of China has become a real political and military threat to the US leaders and policymakers, who see the PRC’s assertively nationalistic moves in the Asia-Pacific and Indo-Pacific region as “destabilizing.” As such, the Biden administration is inheriting the Trump policy of consolidating the US relations with its allies, including Australia, UK, Canada, New Zealand, Japan and increasingly India to counter the perceived China threat. The implication here is that both the US and must manage their relations very sensitively and carefully to avoid any military accident or skirmishes. Similarly, China’s relations with its neighbours, including India and Japan, will be increasingly sensitive. In East Asia, as Japan has been improving its defensive capability, it is likely dragged increasingly into any potential military tensions with not only China but also North Korea, where its nuclear weapons program has constituted a military threat to the US and its allies.

Third, there are elements of strategic ambiguity and uncertainty in US policy toward the Taiwan issue. Although the PRC Foreign Ministry’s statement said that Blinken reiterated the US attachment to the one-China principle and to the three Sino-US joint communiques (in 1972, 1979 and 1982), interestingly the US State Department’s brief readout did not mention this.

From another perspective, the US prefers to adopt some degree of ambiguities in its policy toward Taiwan. The Taiwan Relations Act of 1979, signed by President Jimmy Carter of the Democratic Party, remains the pillar of US policy toward Taiwan. As political scientist Dennis Hickey has long pointed out in an academic article in Asian Surveyin 1988, the US has been adopting a “two-point” policy toward Taiwan, namely the resolution of the Taiwan issue is for the Chinese to decide, but the US has an interest to see that such resolution would be peaceful. At a time when the rise of China is seen by the US as a real military threat, the American provision of military weapons to Taiwan is an act of deterrence to any other military threat. The ingredient of strategic ambiguity exists in this US policy toward Taiwan, for the US can rein in any extreme move by Taiwan and make the provision of military weapons flexible and adaptable to changing circumstances.

In recent months, some US observers, notably Richard Haass and David Sacks, have advocated in an article in Foreign Affairs (September 2, 2020) that the US strategic “ambiguity” toward Taiwan should be turned into “clarity” to make its bottom line clear to the PRC side. Nevertheless, judging from the official US remarks and stance, it prefers to maintain strategic ambiguity over the Taiwan issue.

Indeed, uncertainties are embedded in strategic ambiguity. Hopefully, both China and US can manage their differences calmly, diplomatically, flexibly and peacefully. Hopefully, such uncertainties can and will be managed without military accident or skirmishes between the PRC side and the US on the one hand, and between the PRC and Taiwan on the other hand. Tolerance and restraints on all sides concerned will be the most critical factor shaping peace and stability across the Taiwan Strait.

In conclusion, the US policy toward China is now marked by strategic competition and patience, together with a mixture of engagement and containment. On the Taiwan issue, the characteristic of strategic ambiguities persists, but military uncertainties and potential instability are underlying the surface of peaceful coexistence between the PRC and the US. It is hoped that both sides can and will manage their uncertain, oscillating, competitive and rocky relations in a relatively calm and diplomatic manner.

December 7, 2021
The United Arab Emirates is slashing its official working week to four-and-a-half days and moving...

December 7, 2021
Thirteen people died and another seven were injured when a minibus collided with a lorry...

December 7, 2021
An influential Bangladeshi politician resigned Tuesday after a sexist tirade against the granddaughter of the...
Load more