We read endless claims of something being ‘world‑class’. World-class universities and schools, restaurants, customer service, airlines, companies, businesses, musicians, professionals, footballers, cities, transport, production standards, technology; on and on goes the list. It is as if adding such a hyperbolic intensifier makes a magical difference in attracting business and people; but if it does, who is being attracted?

Let us remind ourselves that ‘world-class’ also extends to world-class slums, pollution, overcrowding, traffic congestion, environmental degradation, criminals and idiots. Macau ticks several of these boxes. In short, anything and everything can bear the cachet or the wooden spoon of being world‑class.

Macau is in the world-class league for many things: congested border-crossings, overcrowding, budget overspends, construction delays, environmental decay and despoil, opacity of public services, the number of road works at any one time, the kilometres of roadside boarding‑up, and, in a face-conscious society, the amount of talking‑up of developments, meetings or events.

This is not new to Macau; hyperbole is in its bloodstream. We have a Millionaire’s Row which is decidedly not like a millionaire’s row. We indulge faceless VIP punters with the flattery that sycophantic courtiers in times past would have given to the king; we provide chauffeur driven limousines and hotel suites for gamblers whose importance and contribution to Macau are measured only in how much money they bring to gaming tables in private rooms, with nothing else to offer. We apply the term ‘golden’ to restaurants, cafes, travel agents and so on in Macau, as though talking it up works.

We have self‑styled world-class resorts which ‘resort’ to kitsch to attract tourists. This speaks to the last ‘resort’ of Eliot’s hollow men in a waste land of the puerile, empty and ephemeral: ‘Here the stone images/ Are raised, here they receive/ The supplication of a dead man’s hand/ Under the twinkle of a fading star’. What a signifier this is, as Hamlet put it, that ‘something is rotten in the state of Denmark’.

Not to be outdone in the world‑class stakes, Macau preens itself on being a world‑class gaming, hotel and tourism centre, producing a world‑class ugly building (Grand Lisboa) and a world-class avenue of fake city sights: Venice, Paris and London. To this we add Macau’s inscription as one of UNESCO’s 36 worldwide cities of gastronomy, producing a plate of African chicken (though arguably not reaching UNESCO’s requirement of ‘respect for the environment’), ensuring its entry into the ranks of the world‑class. What more could one possibly wish for, in the competition to be world‑class? Ah, Macau has the answer; read on.

A recent media report wrote that Macau was proposing to build a self‑declared ‘world‑class’ amusement park in the Hac Sa beach area, as part of its transformation of that entire area into an integrated leisure zone, with world‑class adventures and world‑class amusements. ‘What could this delight possibly be?’ I asked myself.

It turned out to be not much more than a spadeful or two of farming sites, a dash of ‘youth adventure experiences’ (whatever that means), and, in a city of gastronomy, a dollop of family entertainment. According to the announcement, these were all going to be world‑class.

So, add a flashy word or phrase and suddenly the world is going to be at your feet. True? Ridiculous. Maybe Macau’s Municipal Affairs Bureau (IAM) realized how nonsensical this was, as, just two days later, it reported that the IAM had retracted its ‘exaggerated’ claim and that the project was simply going to be a youth adventure camp. The IAM, so went the report, had used the term ‘world-class’ in order to make it acceptable to the public. Claim and retraction: a doubly wonderful amusement.

With this came the line that the new project would be completed by 2021; this is what really set me rocking with laughter: a glorious amusement. I can’t remember, in the last twenty years or more, when Macau completed any large project within a year or so, or on schedule and within its budget. Now that was really the best part of the whole IAM reported affair; a world-class, golden amusement indeed.

We don’t need another world-class amusement park in Macau; we already have one. It’s called Macau. How amusing is that? Not very funny, really. As Queen Victoria remarked: ‘we are not amused’. 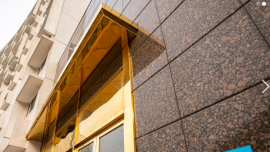 September 28, 2021
A security guard working at Treasure Hotel has tested positive for COVID-19 and became the... 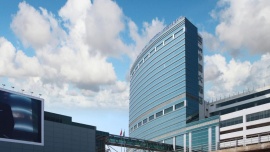 Jobless rate at 2.8 pct in June-August

September 28, 2021
The city's unemployment rate decreased by 0.1 percentage points in the June-August period compared with...