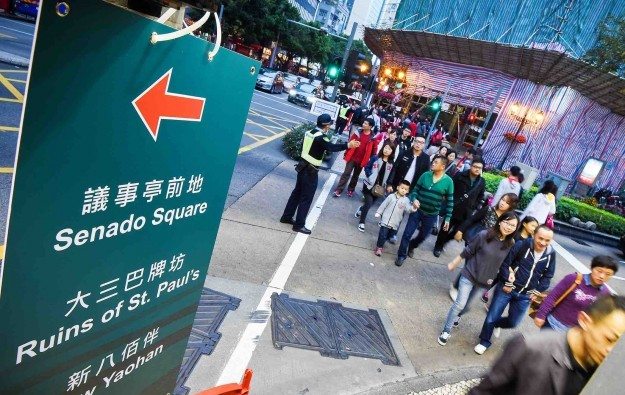 Swimming among some of my daily negative thoughts I stumbled upon a troubling prediction. What if the number of visitors reported regularly in Macau never returns to pre-pandemic levels?

What if the almost 40 million visitors we reported in 2019 was the watershed for the tourism industry?

What if numbers between 6 to 10 million become the norm in the new normal ahead of us for years too come?

After millions of patacas put forward to develop the local tourism infrastructure and with thousands of jobs depending on it, this is a social-economic disaster only delayed so far thanks to our considerable egg-nest.

This would put into question the main ‘build it and they shall come’ strategy enforced so far by the hotel and gaming world as visitor numbers seemed like they would never stop growing before some coronavirus made an unfortunate jump from animals to humans.

The Chinese New Year holiday period ended with less than 100,000 visitors, a low number even when compared to the already low total in 2020 as the pandemic progressed.

Although the roll-out of vaccination, package tours yet to be resumed and positive signs arise that maybe transportation could be resumed with Hong Kong as the neighbouring SAR returns to single-digit daily new cases, questions abound over what kind of reality Macau will face when the dust settles.

We currently have some 35,100 hotel rooms available spread between 120 licensed hotels establishments. At the same time, we have 17 hotel projects under construction, with 8,607 rooms more to be added.

However in average hotel occupancy during the Golden Week was at about one third, even with some of the lowest room rates reported in recent years.

There is no doubt that the mainland market is more than enough to support the local economic engine, but how can we expect visitors to gamble at the levels we witnessed before? It’s not as if the disposable income has increased after the pandemic. Visitors will likely come for shorter periods of time and spend less.

We’re only talking of course of the large mass market at our disposable as the VIP market seems to suffer from blow after blow, either from stricter Chinese legislation targeting cross-border flows and gambling promotion to stronger local oversight.

It will be interesting to see which direction local authorities point towards from now on as the main source of public revenue contracts. If it was already hard to talk about diversification with full coffers, it’s also hard to move towards with almost empty coffers.

The next years will be crucial to see if the pandemic has forced a complete rethink of the local business model, or if we will have to put all out chips in the only model we know can take us out of the rut.

September 29, 2021
Authorities from the Macau SAR and neighbouring Zhuhai city have agreed that measures to prevent...

September 29, 2021
The European Central Bank must not "overreact" to transitory supply shortages that have pushed inflation...

September 28, 2021
Commercial flights will resume between Amman and Damascus on Sunday after being suspended for nine...

September 28, 2021
A Bangladeshi man in his 80s has been reunited with his nearly 100-year-old mother after...
Load more